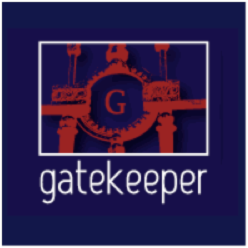 Airlines and Their CEO’S

We finished up our series on the “The Plane and the Iron Horse” last week and I have a few items that I want to get out to you before I begin my series on Delta Airlines followed by Continental Airlines. The article below is from ”Reuters” and not only addresses revenue, labor negotiations, and forecasts but also has commentary from the CEO’s of the major players in the future of commercial aviation.

U.S. airlines, determined to keep their grip on recovery, will at best allow unions in contract negotiations to take back only part of what they gave up in concessions during restructuring.

Interviews with chief executives, consultants and labor experts show airlines are healthier than they were 10 years ago, but are more vulnerable than ever to volatile fuel costs, a sluggish economy, and fickle shareholders.

Labor and fuel alternate as the leading expense for airlines. At the top five carriers, wages and benefits accounted for 24 percent, or a combined $6.7 billion, of operating costs in the first quarter.

Contract negotiations are in various stages at nearly every major airline, and in most cases, they are heated. It is a perfect storm of bargaining triggered by the concentration of giveback agreements and pension terminations between 2002 and 2007.

The stakes are perhaps highest for American Airlines (AMR.N), which already has higher labor costs than rivals and is negotiating with its three big unions. Only pilots are making measurable progress after nearly three years of talks.

Analysts have said labor turmoil at AMR and US Airways (LCC.N) hurt any chances they may have had at finding a partner in the last round of consolidation from 2005 through 2010.

There were 486,000 full-time workers at U.S. passenger airlines in February, down from more than 600,000 a decade ago, according to Transportation Department data. Most of the more than 130,000 lost jobs were unionized.

Now the rank-and-file hopes for sizable payouts to make up for those concessions.

“Rather than getting a decent amount, they want a ton,” said Jerry Glass, president of F&H Solutions management consultants and an ex-US Airways labor executive.

Gary Chaison, a labor expert at Clark University in Massachusetts, said airline unions have to understand that they can push only so hard. Unlike the auto industry or other businesses where up and down cycles generally come more slowly, he says, airlines are more volatile and can turn on a dime from boom to bust.

US Airways CEO Doug Parker told Reuters that unions are relevant and managers — not labor — bear the blame for contracts that become problems when airline fortunes go south.

“What companies sometimes do wrong is they sign bad contracts,” he said.

US Airways began talks with pilots and flight attendants six years ago, but no deals are in sight. The pilots have sued, alleging management has tried to undermine negotiations.

United Continental Holdings’ (UAL.N) CEO Jeff Smisek told shareholders the company wanted fair and affordable contracts. In an interview with Reuters, he said past labor acrimony should not matter in negotiations.

“I don’t care what the history is,” he said. “It’s irrelevant because nobody can change the past. What we can do is work together and have a better future.”

Some labor and management officials are taking a more positive approach. Pilots, especially, have adopted a less confrontational tone.

But Avondale Partners analyst Bob McAdoo said in a May research note that airlines are now managing for profits, not market share.

To this end, carriers are relentless about cost control, capacity reduction, and liquidity. The industry reported $1 billion in first-quarter losses on a 38 percent jump in fuel prices.

Several airlines — including United, Delta Air Lines (DAL.N) and US Airways — have become accustomed to the cost cuts made during bankruptcy.

“We’re not trying to aspire to vast richness,” said Veda Shook, president of the Association of Flight Attendants, “just trying to get to middle class.”

Next week I have another viewpoint that I want to share and then we will move on to Delta Airlines story. Until then, take care and fly safe.