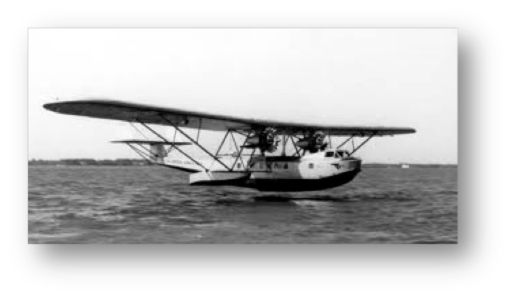 Good Morning and yes I am a little late with the blog again this week. Not sure how this has happened two weeks in a row but next week I will be back in the saddle and on time. This week I am going to preview a chapter from my book, “The Quest for Aviation Gold,” because I would like everyone to rethink their value as an Aviator as companies begin to hire again, and not compromise the future of those who follow in your footsteps. I hope you find value in my words but before you move on to the article let’s talk about the Commodore manufactured by Consolidated Aircraft Corporation in New York. The link for the facts is here, FACTS, and the video is here at COMMODORE. This airplane was originally manufactured for the Navy but Pan Am bought fourteen of these for use in the Caribbean. This will be the last of the seaplanes/flying boats and next week I will begin to highlight the original fixed wing airplanes used by US commercial carriers. Now, let’s take a look at Chapter Five of “The Quest for Aviation Gold.”

Most new aviators who have graduated from one of the flight programs offered at a college or a specialized Aviation Academy are opting to fly with a regional airline. The primary reason for this is that most of these institutions have agreements with these companies to interview their graduates and these companies also need access to a well-educated and cheap labor pool. Why is this?

One-dimensional thinking is my application of supply side economics to aviation, and as I noted above, the regional airlines are waiting for you. The worst part of this scenario is that we haven’t referred to it by its true name: Slave Labor. Now I know that some will object to this analogy, but bear with me because I am about to explain why I chose this term.

First of all let’s define the term “slave”. According to the dictionary, the term slave originates in Old French and Medieval Latin and is the word for the Slavic people of Central and Eastern Europe. Evidence of slavery predates written records, and has existed in many cultures. However, reference books on the subject simply say that slavery is a system under which people are treated as property and are forced to work. Now that we have defined the word “slave”, how is it I can say that the regional airlines are using slave labor?

The answer is simple and straightforward. How can you justify paying a person, who has attained professional status, $17,000.00 a year after that person has just spent four years and $250,000.00 on their education? Does this menial salary even allow a person to eat and pay their rent? The answer is “no”. Is it supply and demand that allows this behavior, or is it a pool of hungry young aviators who need a job and will work for slave wages to get the time they need so they can move forward with their careers? I think I don’t need to answer this but we do need to examine why aviators permit this to happen.

Most young aviators who present themselves for the interview with the regional airline have been told that this is the career path that meets their needs and they are being told this by the school. However, I disagree because the same school that has charged that recent graduate large sums of money to train them as a professional are now telling that graduate that the value of their education in the marketplace is less than what they can be paid flipping burgers. How can this be? How can a school do this to their graduates? How can a young aviator allow themselves to be treated with such disrespect, and what are the options?

What are the options? Option one is to go and flip burgers. Sad but true. I was actively involved in commercial aviation for thirty-five years and for thirty-five years I was told, and read, that there was a pilot shortage looming on the horizon. It never appeared. The powers in control of such information still contend there will be a pilot shortage, but don’t bet your future on it. If we look at the past and allow the lessons learned by others to be the guide to your future, then you should sit up and take notice. The glamorous side of aviation has been overplayed.

Go flip burgers, which is not recommended by me or anyone I know; however, if you need to pay your bills this is an option to be considered.

Consider your options before you start the career path in aviation and not after you have finished. Your decision could be very different from what you are thinking now.

Don’t let anyone think for you. You are a professional and you need to make decisions based on that professional status. I don’t know many doctors or dentists starting their careers at $15,000.00 a year. Don’t settle for less than what you deserve.

Consider flying for a non-scheduled air carrier or a feeder for one of the major cargo airlines. Consider corporate aviation or operators like NetJets.

Consider working with a company like FSI or SimuFlite as an instructor. This type of job allows you access to numerous corporate clients who may need your services as a professional pilot.

Consider being a teacher. Not necessarily in aviation, but contribute to the future of those who will follow you in life and need your help and wisdom.

There are many more options available to you and it is advisable to compile a list of your top ten. I think burger flipping can be removed as the first option, but don’t forget the salary comparison. Now let’s consider the next piece in the puzzle: The Legacy Carriers.

Prior to deregulation in 1978, there were around twenty-two trunk carriers operating and since that time their numbers have been reduced to six. The industry analyst now refers to them as legacy carriers, not sure the word “legacy” should be attached to the word carrier, but I understand the logic being employed. Now, if you are planning on using the regional airlines as a stepping stone, then please consider how many pilots are on furlough with the few remaining legacy carriers and when they will be recalled. Not all who are recalled will return but how many will return and how long will it take for new hires to be considered? How many years for this to occur, and more importantly how many years will you work for substandard wages and wait for your big chance?

What is happening with aviation worldwide? Is it growing? Are carriers adding more equipment or simply replacing current inventory with new and improved technology? And to what extent is the world aviation market open to hiring US pilots? The research results for most of these questions can be misleading unless you filter through the sources used and be sure they are not selling a product. The facts on this issue are best obtained from the carriers themselves, and then qualify the logic employed by them with the forecasts being provided by manufacturers and news outlets. Reference the hiring of US pilots outside of the US, by foreign carriers, I would like you to consider the following points.

There are numerous carriers that use US pilots on short term, one year, renewable contracts. Korean Air in Korea, Saudi Arabian Airlines in Saudi Arabia, Avianca in Colombia, China Air in Taiwan, and a few others have this program. However, the European carriers are not interested in you, the Gulf Coast carriers primarily hire from the United Kingdom, Pacific Rim carriers primarily hire from the United Kingdom, the Chinese hire from China, Russia hires from Russia, and the Australians hire from Australia but have been known to hire US pilots. I know that there are other developing countries that need pilots and there is a chance that US pilots can compete. However, I must warn you that the veterans of the Royal Air Force, of the United Kingdom, have established a very close-knit network that protects and reserves those jobs for their brethren/brother in arms. So, proceed with caution.

There is a lot more that can be said about one-dimensional thinking and supply-side economics, but we are going to move on and focus on what we need to do here in the US.

The next chapter will deal with personal responsibility and the need for all aviators to maintain a standard that allows them to be a “Gatekeeper of the Third Dimension”.

In closing out this chapter I again have a few more words of wisdom from Earnest Gann who has a gift for the written word.

Forward to the book

” Island in the Sky” by Earnest K Gann

Before take-off, a professional pilot is keen, anxious, but lest someone read his true feelings he is elaborately casual. The reason for this is that he is about to enter a new though familiar world. The process of entrance begins a short time before he leaves the ground and is completed the instant he is in the air. From that moment on, not only his body but his spirit and personality exist in a separate world known only to himself and his comrades.

As the years go by, he returns to this invisible world rather than to earth for peace and solace. There also he finds a profound enchantment, although he can seldom describe it. He can discuss it with others of his kind, and because they too know and feel its power they understand. But his attempts to communicate his feelings to his wife or other earthly confidants invariable end in failure.

Flying is hypnotic and all pilots are willing victims to the spell. Their world is like a magic island in which the factors of life and death assume their proper values. Thinking becomes clear because there are no earthly foibles or embellishments to confuse it. Professional pilots are, of necessity, uncomplicated, simple men. Their thinking must remain straightforward, or they die — violently.

The men in this book are fictitious characters but their counterparts can be found in cockpits all over the world. Now they are flying a war. Tomorrow they will be flying a peace, for, regardless of the world’s condition, flying is their life.

Hope you had, or a having, a good weekend and you found value in the article this week. Take care, fly safe, and always think—-“Gatekeeper.”