Airmanship, and Luck, Was Needed After Both Engines Flamed Out - September 29, 2014

Airmanship, and Luck, Was Needed After Both Engines Flamed Out – September 29, 2014 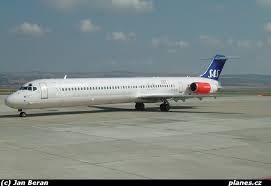 I hope the weekend was good for you, and yours, and thanks for letting the 3DB be a part of your week. Today, I want to talk about passengers. Not the ones in the back of the airplane but the Pilot In Command. You, as the PIC, are never a passenger and you never stop flying the airplane. One of the best examples of this was a flight recorder tape that I listened to during a training event about 20 years age. I forget the airline, and the type of airplane, but what I have not forgotten is how the Captain fought the airplane to get back control. There was no fear in his voice and the obscenities rolled off his tongue one after the other as the airplane plummeted toward the ground and he fought for control. Sadly, no one survived; however, the Captain never gave up.

The story below runs parallel to my story except there was a better outcome.

Airmanship, and Luck, Was Needed

After Both Engines Flamed Out

The morning of Dec. 27, 1991, I was traveling in uniform as a passenger on Scandinavian Airlines System Flight 751. The aircraft, a McDonnell Douglas MD-81, was bound from Stockholm, Sweden, to Copenhagen, Denmark, from where I was to command a scheduled flight for SAS to Madrid, Spain. I had a second-row seat in the aircraft, which had been parked outside overnight in very bad weather, with snow and rain.

After the aircraft was deiced, the takeoff roll was started on Runway 08 at Arlanda Airport. About 25 seconds after rotation, I heard an engine surge, an appalling sound similar to a cannon firing. I counted four or five more surges and started to get worried.

Looking through the open cockpit door, I saw a lot of warnings on the overhead annunciation panel but had the impression that nothing was happening between the two pilots — no giving of orders, no dialogue, no hands on the throttles or other arm movements. Then I got really worried, wondering if the captain had suffered a heart attack. I also had the feeling that the passengers were looking at me, wondering why I was sitting there, doing nothing

I set aside my morning paper, unbuckled my seat belt and walked quickly to the cockpit. As I reached the cockpit door, I heard the fire bell sound and the first officer ask, “Shall I pull?” Before getting any answer from the captain, he pulled the fire handle, extinguishing the fire that was consuming titanium components in the left engine.

The captain replied, “Yes, start the APU.” After spending some time trying unsuccessfully to start the auxiliary power unit, I gave up and directed my efforts to more important things.

The first officer had handed me the emergency checklist when I entered the cockpit. He had begun to look for the procedure for engine surge but could not readily find it because it was so far back in the book. (The procedure has since been placed in a more conspicuous place in the checklist, and the major items for dealing with engine surge are required to be memorized.)

I tossed the checklist aside because the situation we were in required no checklist. With both engines out, half of the flight instruments blacked out and the aircraft in clouds, the only things that were required were good airmanship, a hunch about what the landing configuration should be and, of course, some luck.

A “Power Out Checklist” that I had developed for myself was in my flight bag, back in the cabin. I had to try to remember what flap and landing gear configuration we ought to have. But the most important thing to remember was: Don’t stall the aircraft.

I told the captain, who was flying manually, to look straight ahead. I repeated that at least 20 times during the rest of the flight. Why? Flying a 50,000-kg aircraft is a full-time job, especially when you don’t have any engine power. I wanted the captain to do nothing else but fly the aircraft with exact control of speed and attitude.

At one point, the captain began to use the public-address system but dropped the handset on the floor. I was immediately on him again, saying, “Look straight ahead.”

Just after we reached our highest altitude, 3,318 ft, which also was the top of the first cloud layer, the captain’s two electronic flight instrument system (EFIS) displays went blank, leaving him with only a simple standby horizontal situation indicator and an analog airspeed indicator.

As we began our journey back down through the clouds, I scanned the first officer’s EFIS displays, which were working OK, and saw that our airspeed was decreasing. As I scanned all the available instruments, I also kept an eye out through the windows so I could get contact with the ground as soon as possible to find a place to land.

The captain said a few times, “Prepare for on-ground emergency.” I relayed that instruction, shouting at the top of my voice through the cabin door. The message was received, and the cabin crew began to instruct the passengers.

About 1,500 ft above the ground, I observed the flap handle in the slats-out position. Knowing that we were approaching a stall, I started to extend the flaps without saying anything. Airspeed at the time was 163 kt and decreasing. The stall speed at 54 tonnes and slats out is around 120 kt.

Descending through about 1,300 ft, we started to get visual contact with the ground. I saw two locations for a possible forced landing. The closest was approximately 25 degrees to the right of our track, a little field surrounded by forest. I gave the captain directions to turn the aircraft toward that field.

Have a good week, fly safe, and be safe. 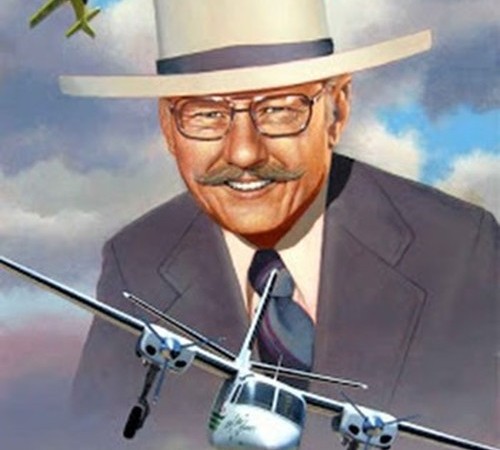