In 1939 President Franklin Roosevelt proclaimed August 19 to be National Aviation Day. The day coincides with the birthday of Orville Wright, who piloted the Wright Flyer. He and his brother Wilbur are given credit for building the world’s first successful airplane with aircraft controls that enabled them to steer the plane. Orville Wright made the first flight for 12 seconds and 120 feet around the site of Wright Brothers National Memorial on December 17, 1903. They were not the first to build and fly experimental aircraft but they are the first to invent aircraft controls that made fixed wing flight possible. The Wright brothers’ status as inventors of the airplane has been an issue of debate, particularly as there were competing claims regarding other early aviators. Another national observation in the United States is Wright Brothers Day on December 17 each year.

Now…….Here are a few things you may not know, or have forgotten, about the Wright Brothers:

Ten Things You May Not Know

About the Wright Brothers

1. Thanks to a coin toss, Orville was the first brother airborne.

The brothers tossed a coin to see who would first test the Wright Flyer on the sands of Kill Devil Hills, North Carolina. Older brother Wilbur won the toss, but his first attempt on December 14, 1903, was unsuccessful and caused minor damage to the aircraft. Three days later, Orville, in coat and tie, lay flat on his stomach on the plane’s lower wing and took the controls. At 10:35 a.m., the Wright Flyer moved down the guiding rail with Wilbur running alongside to balance the delicate machine. For 12 seconds, the aircraft left the ground before touching down 120 feet away in the soft sands. The brothers exchanged turns at the controls three more times that day, and each flight covered an increasing distance with Wilbur’s final flight lasting nearly a minute and covering a distance of 852 feet.

2. A toy launched their flying obsession.

When the brothers were youngsters in 1878, their father returned home one evening with a gift that he tossed into the air. “Instead of falling to the floor, as we expected,” the brothers recalled in a 1908 magazine article, “it flew across the room till it struck the ceiling, where it fluttered awhile, and finally sank to the floor.” The model helicopter made of cork, bamboo and paper and powered by a rubber band mesmerized the boys and sparked their passion for aviation.

Wilbur finished four years of high school, but the family moved from Richmond, Indiana, to Dayton, Ohio, before he could receive his diploma. Orville, although intellectually curious, dropped out of high school before his senior year to launch a printing business.

4. The Wright brothers once printed a daily newspaper together.

Wilbur eventually joined Orville’s printing business, and in 1889 the brothers began to publish a weekly newspaper, the West Side News. The following year, they published a short-lived daily newspaper, The Evening Item. In 1892 they switched gears and opened the Wright Cycle Company, a successful bicycle repair and sales shop that financed their flying experiments.

The tight-knit brothers, born four years apart, were wedded to their work; Wilbur told reporters that he didn’t have time for both a wife and an airplane.

6. The Wright brothers flew together just one time.

Orville and Wilbur had promised their father, who feared losing both sons in an airplane accident, they would never fly together. The father made a single exception, however, on May 25, 1910, and allowed the brothers to share a six-minute flight near Dayton with Orville piloting and Wilbur the passenger. After landing, Orville took his 82-year-old father on his first and only flight. As Orville gained elevation, his excited father cried out, “Higher, Orville, higher!”

The brothers made four flights in the Wright Flyer on December 17, 1903, and as Orville and Wilbur stood discussing the final flight, a sudden strong gust of wind caught hold of the aircraft and flipped it several times. The aircraft sustained such heavy damage to its ribs, motor and chain guides that it was beyond repair. The Wright Flyer was crated back to Dayton and never flew again.

8. Orville was involved in the first fatal aviation accident.

After their success in 1903, the Wright brothers continued their aircraft development. They marketed their two-passenger Wright Military Flyer to the U.S. Army, which required a demonstration. On September 17, 1908, Orville took to the air for a demonstration flight at Fort Myer, Virginia, with Army Signal Corps Lieutenant Thomas Selfridge as a passenger. Just a few minutes into the flight, the propeller suddenly disintegrated, the aircraft spiraled out of control and it smashed into the ground at full speed. Rescuers pulled an unconscious Selfridge from the wreckage, and the lieutenant died hours later. Orville was hospitalized for six weeks after suffering a broken leg, four broken ribs and a back injury that impaired him for the rest of his life.

9. For decades, Orville refused to donate the Wright Flyer to the Smithsonian Institution.

The 1903 Wright Flyer is one of the most popular exhibits at the Smithsonian’s National Air and Space Museum, but for decades Orville refused to donate the aircraft to the national institution. In 1914, the Smithsonian attempted to restore the reputation of its former secretary Samuel Langley—whose experiments with his Langley Aerodrome ended in failure nine days before the Wright brothers first left the ground—by altering the aircraft and then concluding it was the first machine “capable” of manned flight. A furious Orville loaned the Wright Flyer overseas to the London Science Museum in 1925, believing it to be “the only way of correcting the history of the flying machine, which by false and misleading statements has been perverted by the Smithsonian Institution.” After the Smithsonian admitted in the 1940s to misrepresenting the Langley Aerodrome, Orville agreed to donate the aircraft to the institution. It finally arrived at the Smithsonian in 1948, nearly a year after Orville’s death.

10. Neil Armstrong carried a piece of the Wright Flyer with him to the moon.

When another aeronautical pioneer from Ohio, Neil Armstrong, became the first man to step foot on the moon in 1969, inside his spacesuit pocket was a piece of muslin fabric from the left wing of the original 1903 Wright Flyer along with a piece of wood from the airplane’s left propeller.

That is it for this week. Enjoy the videos below, have a good weekend, keep family, and fiends, close, and remember to protect yourself and your profession. 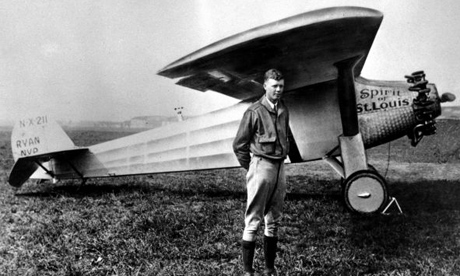