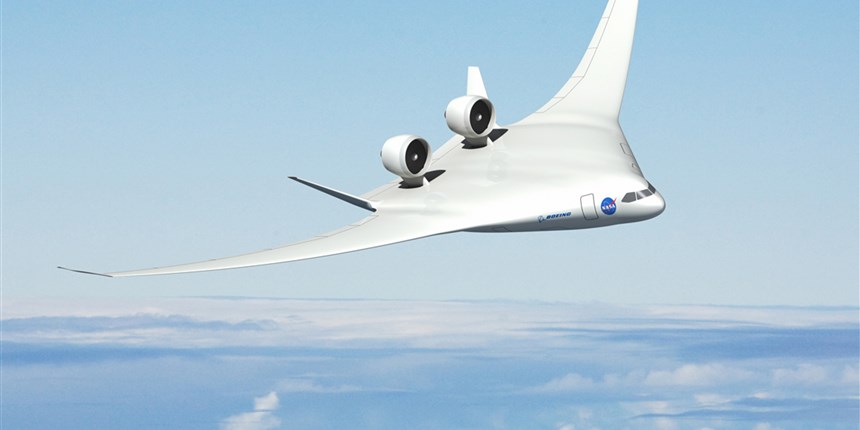 I hope all is well with you, and yours, and the week has not been too taxing on your spirit. This week we want to take a look at where aviation is going and how the manufacturers are approaching the subject. There are some interesting designs and believe it or not I saw some of these proposals twenty years ago.

Airliners of the Future May Sport

Next time you spot an airliner flying overhead, consider that it would have looked virtually the same back in 1960. But the shapes of today’s jets are about to see dynamic changes.

Almost every commercial jetliner, from the first Boeing 707 to the jumbo 747 and the superjumbo Airbus 380, features the identical tube-and-wing layout: a cigar-shaped fuselage with engines hanging off a pair of wings at the midpoint, and a trio of stabilizers at the tail. Airline-tried and passenger-tested, this arrangement is pretty much how jets have always looked, so it’s no surprise that it’s what today’s designers still consider the best and safest way to fly the friendly skies.

As the aviation industry gears up for its next generation of redesigns, the archetypal airframe is showing amazing staying power despite a half-century of astonishing innovation in aerospace technology.

The continuing tenure of these airliners has been aided by the fact that all the world’s airport gates are built to handle its shape. Also crucial is the ease of maintenance for today’s jets, since engines mounted below the wings provide simple access for mechanics. Add in the industry’s cautious approach toward adopting technology — in stages, only after proof and FAA certification — and it’s easy to see why steering away from existing equipment isn’t all that easy.

A Change in the Air

Over the next 20 years, the worldwide fleet is expected to grow by some 36,000 airplanes — costing upwards of $5 trillion — to fulfill worldwide travel demands. The prospect of this unprecedented surge, plus stricter emissions limits and rising fuel costs, could, at last, bring visible changes to the familiar airliner, says James Heidmann, manager of the Advanced Air Transport Technology project at NASA Glenn in Cleveland. This transformation would be the biggest since the jet was introduced in the mid-1950s. NASA’s New Aviation Horizons initiative, an effort to explore large-aircraft designs and greener technologies is currently unfunded and on hold. But the four chief contractors for subsonic concepts — Aurora Flight Sciences, Dzyne Technologies, Lockheed Martin, and Boeing — successfully completed their research contracts, Heidmann reports. One of the initiative’s goals is to craft airliners that burn half the fuel of current jets and generate 75 percent less pollution while being much quieter. Most striking of these futuristic designs are Boeing’s and Lockheed Martin’s hybrid wing body, and Dzyne’s blended wing body. With wings and fuselages melded at various degrees, these efficient flying machines are almost whale-like in appearance, featuring clean lines and voluminous interiors that are particularly suited for carrying military cargo. Boeing’s truss-braced wing concept has a standard tubular fuselage that’s a bit more familiar, but it mounts on long, thin, high-efficiency wings supported by diagonal trusses — like a Piper Cub on steroids. Its glider-like wings are so long that their tips would likely have to fold up to fit at the airport gate, adding unwanted weight and complexity. Meanwhile, the double-wide fuselage of Aurora’s D8 Double Bubble airliner — seemingly two cigars merged side-by-side — enables the introduction of a new, fuel-saving propulsion concept NASA researchers call Boundary Layer Ingestion, or BLI. It’s a potentially game-changing technology, Heidmann says, but one that requires moving the engines from the wings to the top of the rear fuselage (a layout that mimics Lockheed’s L-1011 Tristar, a pioneering design of the recent past).

Suck it in, Spit it Out

One promising BLI-based airliner design is the STARC-ABL, an acronym for “single-aisle turbo-electric aircraft with an aft boundary layer propulsor.” Think of a standard Boeing 737, except with a module the same diameter as the fuselage attached to the tail — like a wasp’s stinger. This airliner “combines the benefits of hybrid-electric propulsion with the proven tube-and-wing configuration,” Heidmann says. Such a BLI-demonstrator could be possible in five to ten years.

Inside its rear-mounted power pod is an electrically driven fan that provides propulsion while also ingesting much of the slow-moving boundary layer air that flows next to the fuselage. This low-energy air enters a front intake vent and is blown out the back, reenergizing the plane’s wake to cut aerodynamic drag. The STARC-ABL carries downsized, less fuel-thirsty turbofan engines on its wings that can produce thrust or generate electric power, allowing the hybrid-electric design to operate like a flying Toyota Prius. During takeoff, the engines would supply 80 percent of the necessary thrust, with the remainder delivered by the aft-mounted, in-line electric fan. Studies show that the concept airliner offers a potential 10 percent to 15 percent improvement in fuel consumption, even considering the extra weight of the module.

BLI technology is also the “make-or-break” aspect of Aurora’s D8 Double Bubble concept, says John Langford, company chairman and CEO. The D8, which is being developed in concert with MIT and Pratt & Whitney, moves the engines away from the “clean” airflow conditions below the wings to the top rear of the double-wide fuselage.

The challenge of the D8 design is determining whether the smaller, lighter turbofans, which are normally engineered to work in uniform air flows, will be able to operate in the unsteady air flows at the back of the plane. In this case, every time the engines’ front fan blades swing down toward the airplane’s skin, where slower, boundary layer air flows, the blades are exposed to severe stresses. “This is like getting hit by a hammer once every time your fan blade goes around,” says Heidmann, who notes that a separate NASA-led research consortium recently completed wind tunnel testing of a BLI engine. “Now we have a better idea how to design a fan that can operate in this distorted flow environment.”

Langford is confident BLI propulsion will work just fine on the D8. And because the design’s double-wide, oval fuselage creates a significant amount of aerodynamic lift and its engines are integrated into its surface, the wings can be smaller, ensuring that the plane will fit at existing airport gates. “Of all the X-Plane concepts, it’s the least disruptive to the airlines and the airports,” Langford says.

Aurora’s CEO is likewise sure the D8’s wind-cheating features will combine to make it extremely economical to fly. At the same time, the design’s top-mounted engine position and the distinctive tail structure will shield engine noise.

“The best thing about the D8 design is that it allows two aisles for easy seating and deplaning,” Langford says of its wider, shorter interior. “And with the engines positioned to the rear, the cabin would be very quiet. Passengers will love this plane.”

Have a good weekend, take care with family and friends, and remember life is short…..enjoy the moment and celebrate life each and every day.