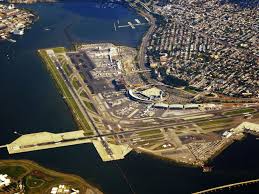 LAST week, the Port Authority of New York and New Jersey put off, yet again, deciding between two proposals for a nearly $4 billion project to rehabilitate the dilapidated Central Terminal Building at La Guardia Airport. Disdain about the disrepair, crowds and grubbiness at La Guardia is so pervasive that Vice President Joseph R. Biden Jr. has likened La Guardia to an experience “in a third world country.”

But piling billions of taxpayer dollars into upgrading La Guardia, which opened in 1939, won’t solve its fundamental problems. It can’t easily expand. Its two runways and four terminals are surrounded on three sides by water, making landing difficult and hazardous. Parking is a nightmare.

Moreover, some 50,000 people who live near La Guardia are subjected to a level of noise higher than the standard deemed acceptable by the Federal Aviation Administration, according to a 2011 study by the Regional Plan Association. (Another 95,000 living near Kennedy International Airport, also in Queens, and 44,000 living near Newark Liberty International Airport, are affected as well.)

The popularity of La Guardia, which serves nearly 30 million passengers a year, is almost entirely related to proximity — a typical nine-mile trip to Midtown Manhattan can be done in about 20 minutes during off-peak hours, 10 to 30 minutes less than it would take to get to Kennedy or Newark. But proximity comes with a price.

With the consolidation of the major United States airlines and the sluggishness in the global economy, the much larger Kennedy and Newark airports could accommodate La Guardia’s passenger load, by adding more frequent service and using larger aircraft, if the F.A.A. were to lift the caps on the number of flights allowed there. Kennedy, with its two sets of parallel runways, could handle many more flights, particularly as new air-traffic control technology is introduced in the next few years.

Most flights serving La Guardia already duplicate flights that serve Kennedy and Newark. Many of these flights are to a relatively small number of regional hubs. Average loads per flight at La Guardia are only two-thirds those at Kennedy. Small regional jets, with fewer than 100 seats per plane, make up a little more than half of La Guardia’s peak-period flights. Airline efficiency would be improved by concentrating traffic on fewer, larger aircraft, while still maintaining service to major hubs.

The Port Authority, which operates all three major airports, is conducting noise studies, at the request of Gov. Andrew M. Cuomo. The governor sees an overhaul of the 1964 central terminal as the centerpiece of a $4 billion plan that would also include a $450 million AirTrain connection to the No. 7 subway line in Willets Point, Queens. But he should reconsider.

Mayor Bill de Blasio should insist that the La Guardia study examine the feasibility of closing the airport, and that plans for a new terminal be put on hold until the study is completed.

That study should take place in the context of a comprehensive aviation plan for the region, which would examine, among other things: trends in the growth in air travel; the environmental consequences of applying advanced air-traffic-control technology; modernizing runway and terminal layouts and improving rail access at Newark; and finding an appropriate role for secondary airports like Stewart, Westchester and MacArthur, which currently handle a tiny fraction of the region’s air passengers.

The money budgeted for the La Guardia upgrades would be better used to create a long-proposed one-ride express-rail link between Manhattan and J.F.K., by reviving a long-disused, 3.5-mile stretch of track in central Queens and completing the modernization of the terminals at Kennedy. Currently, passengers who use the AirTrain to reach Kennedy must transfer from subways or the Long Island Rail Road. A world-class, direct rail trip to Kennedy could match the current travel time of even a fast, off-peak car trip to La Guardia.

Finally, think of what the 680 acres of city-owned land on which La Guardia sits could be used for. If built at the density of Co-Op City in the Bronx — which has around 15,000 housing units on 338 acres — it could accommodate over 30,000 homes. Even more could be built in nearby areas, where growth is currently restricted because of La Guardia’s flight paths. This would contribute significantly toward Mr. de Blasio’s plan to develop 200,000 units of affordable housing.

By avoiding the costly replacement of outmoded terminals at La Guardia and by creating a new express rail link and upgrading terminals at Kennedy, the increased economic activity could more than make up for the lost jobs (not to mention the jobs that would be created by redeveloping the La Guardia site).

There are precedents for replacing airports close to the center city with modern, more outlying airports. Hong Kong and Denver are two examples; Berlin will soon follow suit.