A Day Of Celebration For All Aviators And For All Who Are Beneficiaries Of That Technology - July 22, 2016

The Smithsonian, The Wright Brothers, And The Political Feud That Lasted 40 Years – July 29, 2016

A Day Of Celebration For All Aviators And For All Who Are Beneficiaries Of That Technology – July 22, 2016 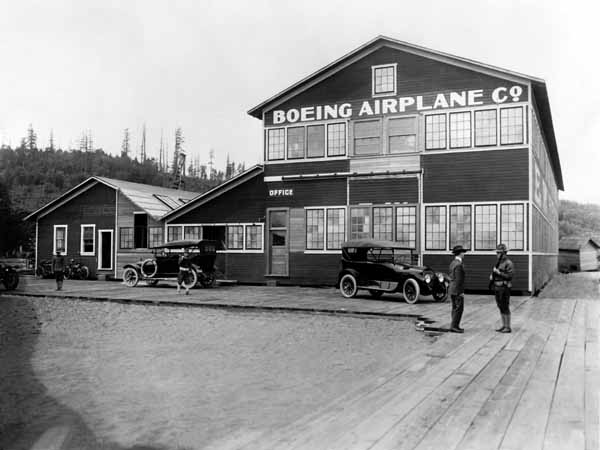 July 15, 2016 was a day in aviation history that all aviator’s, as well as those who work and ride on the transports that fill the sky everyday, should acknowledge. We all benefit from the products produced by aircraft manufacturers just as we benefit from auto manufacturing and all of the companies who produce the consumer products that we all enjoy; however, as a person who has traveled the world for the last forty years I can say, without hesitation, that we need to take a minute and reflect on just how lucky we are to have been a part of the 20th/21st century.

Consider now, the the following from Boeing’s website and how they bring perspective to the facts. By the way, it was Boeing who celebrated 100 years in the skies last Friday and it is Boeing’s achievements that we will talk about today.

A Century In The Sky

Born about one hundred years ago, the aerospace industry changed the way we travel, move our goods, and protect our nations during times of war. The view from above also changed forever how we see the world. Now, after a century of flight, it has brought us to the moon, and beyond, and the sky is no longer the limit.

It can be argued, of course, that the history of human flight stretches as far back as the myth of Daedalus and Icarus, or Leonardo da Vinci’s designs of the 15th century, or the 19th-century invention of Zeppelin dirigibles. But flight as we know it today—in fixed-wing airplanes—began in the early 20th century, as entrepreneurs and engineers including William E. Boeing, Donald Douglas Sr., James H. “Dutch” Kindelberger, and James S. McDonnell began to build on what the Wright Brothers had started not so long before.

Boeing’s first projects had a practical focus: Beginning in 1919, the B-1, Boeing’s first commercial craft, would carry mail from Seattle to Canada for the next eight years. In 1927, the Boeing Model 40A would be designed specifically for the purpose of mail delivery, winning a U.S. Post Office contract to deliver mail between San Francisco and Chicago.

To operate its growing airmail business, Boeing Air Transport (BAT) was founded in 1927. After a series of acquisitions and mergers and passage of the Air Mail Act of 1934, BAT would give birth to United Airlines.

At the same time, pilots and engineers around the world were spending much of the 1920s pushing the physical limits and durability of airplanes. The U.S. Army Air Service’s “World Flyers” completed the first aerial circumnavigation of the globe in 1924; Charles Lindbergh made the first solo non-stop crossing of the Atlantic in 1927; in 1930, Charles Kingsford Smith and Charles Ulm became the first pilots to circle the earth whose route took them over both the northern and southern hemispheres; and Amelia Earhart made history as the first woman to fly solo across the Atlantic in 1932.

Throughout the 1920s, Boeing was developing multiple airplane models—fighter planes and transports—in contract with the U.S. military. At the same time, scientists and engineers in Germany and Britain had begun research on the next innovation in flight: the jet engine, which would become standard by the 1950s.

There is a lot that can be said at this point, and as a pilot who enjoyed being at the controls of the 747 which I consider to be the finest airplane flying I could say a lot, but let’s take a look at two videos that have those facts. The first video is all about William Edward Boeing, and the second video will talk about Boeing, McDonnell, Douglas, and Kindelberger.

Have a good weekend, enjoy time with family and friends, and take a few moments to reflect back on the history of our profession and the value that has been added to the lives of each and every person of our time.