A Man Named Lawson - From Major League Baseball to Aviation Pioneer May 1, 2015

A Man Named Lawson – From Major League Baseball to Aviation Pioneer May 1, 2015 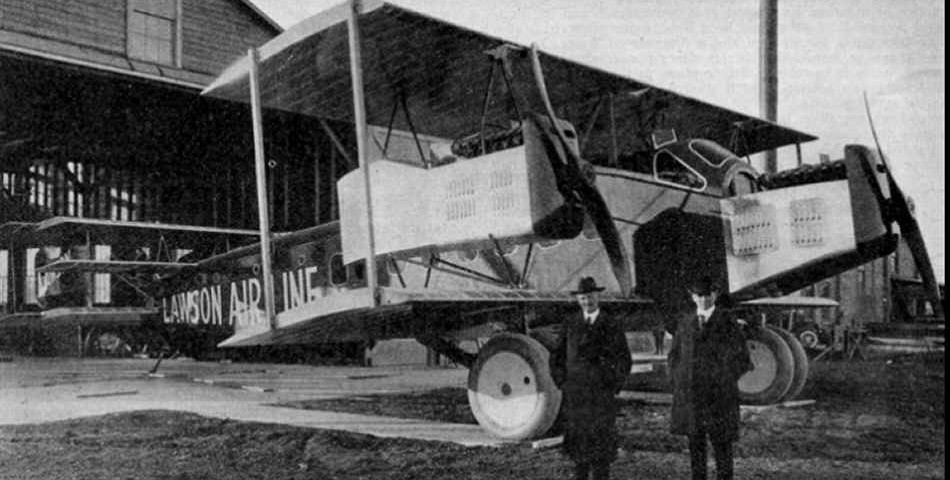 Good Morning – It is Friday so it must be time for a look back at aviation history here at the 3DB. Today I want to take you back to the beginnings of commercial aviation and talk about airlines and airliners. I think it is fair to say that most Aviators are familiar with the beginnings of Pan Am, TAT, and others but how about Lawson Airlines?

2. 1913….St Petersburg-Tampa Airboat Airline was the first fixed-wing airline. (Click HERE for the blog I wrote on their history)

3. 1917….Chalk’s Ocean Airways began service between Florida and the Bahamas. (Click HERE for the blog I wrote on their history)

7. 1925…Western Air Express (which became TAT-TWA) began operations. (Click HERE for the blog I wrote on their history)

Lawson took his first flight in 1910 and in 1913 became New York’s first air commuter by flying his plane from the North New Jersey beach area to 75th Street in Manhattan. He used his journals to beat the drums for commercial and military development of aviation. In 1913 he sent a message to Congress asking for $10 million for the development of American aviation. When the U.S. entered World War I, he negotiated the financial backing to form his own company in Green Bay, Wisconsin. The Lawson Aircraft Co. designed and built excellent military trainer-plane prototypes, but the war was nearly over before the firm received contracts for large-scale production. Have good weekend and remember to enjoy time with family and friends. Take care, fly safe, and remember: Protect your profession, protect yourself, and all who will follow in your footsteps.