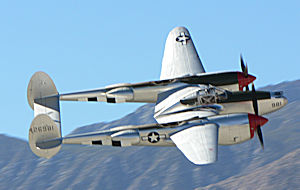 I hope everyone is ready for a weekend of fun and relaxation but if you have to work then hopefully you can kick back later in the week with family and friends. Today I want to take you back in time to a story of a man who made aviation his life and enjoyed a successful career in the USAF.

I was born in Portland, Sept 30, 1924, but moved to Astoria, Oregon while still an infant and attended school in Astoria during the depression. The family needed money so I took a job delivering papers at age 13. On December 12, 1937 the Japanese sunk our ship, the USS Panay. Mom was not happy to hear me say that “I was going to be in this war.” When the Japanese attacked Pearl Harbor, I was a senior in high school and knew then I would be involved.

Upon graduation, June 1942, I wanted to fly but I needed two years of college to qualify and I also had to be 18 years old. After completing two years of college at Oregon State College now University, I applied for flight training with the army air corps. My goal was to fly P51 Mustangs. Within two weeks I was sent to Santa Ana for four weeks of basic training. The wash-out rate was high but I made it and was assigned to Thunderbird Field, Glendale AZ for Primary Flight Training. In those days flight training consisted of three parts; Primary, Basic and Advanced. We flew Stearmans, the biplane that is still popular today. This is where I first met Roy June who was a classmate all the way through graduation and commissioning. [See Roy June’s story on this Website] One third of us washed out in primary but both Roy and I made it through. I soloed in 14 hours.

Reaching our last training level, Advanced, was at Luke Field, Arizona. We now flew one of my favorite planes, the AT6 Texan also known as the Navy SNJ and Harvard in Canada and other Commonwealth countries. Each instructor had four cadets and we almost never flew unless all four of us were in formation. At this level, no one washed out and we, including Roy June, graduated Feb 8, 1944 class 44B receiving our wings. I was a 19 year old second lieutenant and single engine pilot. Life could not be better. I had won my life-long dream but my training was not over.

I was interested in night fighters and therefore began training in multi-engine airplanes starting with B25 bomber flights at Mather Field near Sacramento. During that three month training on a night flight over Hollywood/Van Nuys, we lost both engines and crash landed in an orange grove. Fortunately we were not serious injured but made the local papers. Night training then took me to Salinas where I flew A20s and finally to Van Nuys where I was introduced to the Lockheed P38. My career departed from night flying but World War 2 introduced me to the finest fighter of the war. Before my permanent assignment, I had accumulated 135 flight hours in the Lightening P38 and a total flight time of 800 hours.

I can’t say I was excited about my assignment to the 11th Fighter Squadron on Adak in the Aleutian Islands. Weather is almost always overcast, cold and raining. It is bad enough living in it but flying in it brings a whole new level of challenges. On the plus side, I got my pick of a brand new “out of the box” P38-L5 equipped with new stuff I didn’t even know how to use. Shortly after arrival, we were pushed further down the island chain to Shemya Island the second from the last island. This was necessary to put us as close to our target as possible, northern Japan.

With a range of 2200 miles, our P38s were within easy reach of the Kurile Islands 800 miles from Shemya. During those raids, we were never confronted by the Zero. They were afraid of us. When our bombers raided; however, the Zero’s attacked them unmercifully.

After the end of the war, I re-entered college and received my degree and back upon active duty, I served as a flight instructor in the T33 and later, the F86 during the Korean War. After Korea, I left fighters and joined the Strategic Air Command flying B47 bombers. I was ultimately assigned to Dow AFB, Bangor, Maine during the cold war flying B52Gs. Those were long missions to the Middle East and back over Spain. We carried defensive weapons and nukes. When I retired, Nov. 1, 1970 as a Lt. Colonel, I was the last fighter pilot in SAC and also the most senior pilot in SAC. I returned to my second love, teaching in Klammath Falls, Oregon. I like to quote Jimmy Doolittle, “I could never be that lucky again.”

Enjoy your time with family and friends, take care, fly safe, and join me next week when we will talk about ?????.