Evergreen’s B-17 and the Tibetan Operation

The Man Who Made Powered Flight Possible – August 8, 2014 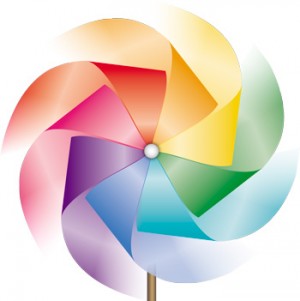 >
Good Morning—Time to talk about safety and today I want to share an article with you entitled “Casting Your Fate to The Wind.” This article was presented by the Flight Safety Foundation a few years ago but the information that is presented is timeless.

Of all the weather factors pilots must contend with, adverse winds are among the most critical. Even limiting the focus to conditions close to the ground — particularly for takeoffs, approaches and landings — a few situations can be particularly threatening. In a recent study of business jet runway excursions (ASW, 7/13, p. 44), as well as in other reported incidents and accidents, crosswinds and tailwinds were noted as contributing factors. Low-level turbulence often accompanies these and other wind conditions and events.

One example of an air carrier accident involving strong and gusty crosswind during takeoff occurred at Denver (Colorado, U.S.) International Airport on Dec. 20, 2008. Among the issues investigated were the pilots’ actions, training and experience; how air traffic controllers obtained and disseminated wind information; runway selection and use; crosswind training; simulator modeling; crosswind guidelines and limitations; certification and inspection of crew seats; and galley latches.1

The Boeing 737-500 veered off the left side of Runway 34R, crossed uneven terrain, became airborne and crashed on the airport. The captain and five passengers were seriously injured. The first officer, two flight attendants and 38 passengers received minor injuries. A post-crash fire occurred, and the aircraft was substantially damaged.

While issuing the takeoff clearance at 1817:26 local time, air traffic control (ATC) advised the flight crew that the wind was from 270 degrees at 27 kt. This wind speed was 16 kt greater than the report of wind from 270 degrees at 11 kt that the crew had received approximately 20 minutes earlier from the current departure information on the automatic terminal information service recording. The flight crew was attempting to take off when they encountered a gust in the wind from the west. Investigators later found that the wind had increased from 27 kt — a crosswind component of 26.6 kt and within the airline’s published crosswind guideline of 33 kt for takeoff in that aircraft on a clear, dry runway like Runway 34 at the time — to 40 kt, based on the greatest wind speed recorded around this time by the airport’s low-level wind shear alert systems.2

The captain told investigators, in part, that the physical sensation he experienced during the takeoff roll was like “someone put their hand on the tail of the airplane and weathervaned it to the left” and that his rudder pedal steering inputs and his use of the nosewheel steering tiller were unsuccessful in correcting the deviation from the runway centerline. The report said, based on estimations of wind conditions, “Performance calculations indicated that the airplane’s rudder was capable of producing enough aerodynamic force to offset the weathervaning tendency created by the winds [including a peak gust of 45 kt that occurred at 1818:12] the airplane encountered during the accident takeoff roll.”

The final report for the accident said that the probable cause was “the captain’s cessation of rudder input, which was needed to maintain directional control of the airplane, about four seconds before the excursion, when the airplane encountered a strong and gusty crosswind that exceeded the captain’s training and experience.” Contributing factors were “an air traffic control system that did not require or facilitate the dissemination of key, available wind information to the air traffic controllers and pilots; and … inadequate crosswind training in the airline industry due to deficient simulator wind gust modeling.”

The airport’s official automated surface observing system’s five-minute weather observations nearest the time of the accident (essentially, the mean values computed for a five-minute period) were wind from 280 degrees at 11 kt at 1815:31 and at 24 kt with gusts to 32 kt at 1820:31. The maximum wind in a one-minute period was from 277 degrees at 36 kt about 1823. Moreover, “the wind conditions at [Denver] were more complex and variable than the crew realized … very localized, intermittent wind gusts as high as 45 kt … crossed the airplane’s path during the takeoff ground roll,” the report said. “Although the pilots’ [recorded] comments showed that they were aware of the crosswind, they only became aware of the high crosswinds as they approached Runway 34R.”

The local controller had provided the flight crew, per common practice, the Runway 34R departure [runway end] wind data in conjunction with takeoff clearance, although adjacent data on the controller’s display terminal simultaneously showed that the airport wind was from 280 degrees at 35 kt gusting to 40 kt, the report said.

“Because an airplane can be adversely affected by strong and gusty crosswinds at any point during the takeoff roll and liftoff, the wind information provided to departing pilots should reflect the most adverse wind conditions they are likely to encounter at any point along the runway so that they can make the safest takeoff decision, such as delaying the takeoff or requesting a different runway,” the report said.