Drones, Pilots, and the Future of Commercial Aviation - January 23, 2015

Drones, Pilots, and the Future of Commercial Aviation – January 23, 2015

While it is true that drones will dominate the skies by 2025 most of these will be small hand held, inexpensive, devices with specific applications. Drones will become a major part of law enforcement’s arsenal as well as most three letter government agencies will expand their drone program well beyond what you are seeing now. 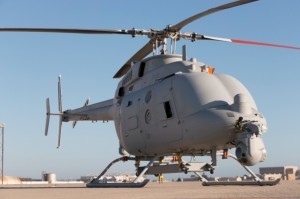 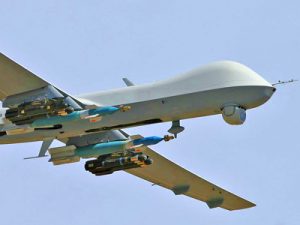 The topics that I want to consider today, however, are  why are there no manned fighters on the drawing board, when will commercial airlines get on board with automating their airplanes, and eliminating pilots, and why is Embry-Riddle Aeronautical University, as well as many other institutions, now offering a B.S. degree in Unmanned Aircraft Systems Science?

I was once part of a conversation where a retired Naval Aviator commented that he knew his job was in jeopardy when the Navy automated carrier landings. Now, the Navy also flies UAVs from carriers and recovers them using that automated landing system. So, where is the Navy going with this – drone aircraft carriers? 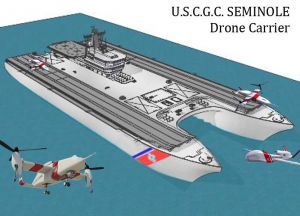 The Navy, and the Air Force are leading the way with technology and one of the most interesting parts of how the Air Force flies drones in Afghanistan, Iraq, Syria, or other remote locations is this – they are flown by former F-16 pilots sitting in Las Vegas at a control station with a sensor operator sitting with them to operate the cameras and IR imaging equipment. So, why are there no new fighters on the drawing board……now you know the rest of the story.

The automation of commercial airline equipment has already arrived but the CEOs of these companies can’t quite figure out how to get rid of all those pilots……but they will. Now, how can I say that automation has arrived? The modern airliner has three autopilots, auto throttle, auto brakes, and auto land. You advance the power to 60% fan speed for take off and engage the auto throttle, you engage the autopilot at 500 feet, and the rest of the flight is flown by the autopilot which follows the programming in the FMS (Flight Management System) commonly referred to as the box.

Can these same airplanes be automated to take off by themselves…yes. Can a pilot sitting in a control room at the company’s headquarters fly this airplane remotely…yes. Can this pilot monitor more than one flight…..yes. The real question is will the flying public ever accept this type of operation and the answer is yes. Just like the elevator, which had to be operated by a trained operator in the beginning, the pubic will adapt to change but it will take another ten years. The freighters will be the first to automate operations, which is currently being done in Europe, and then when safety is no longer a question, based on operational experience, the passenger airlines will slowly begin the process.

Now, why is Embry Riddle offering a degree program in Unmanned Aircraft Sciences? I think we all know why……this is the future of aviation.

Have a good weekend/week, keep friends and family close, and be prepared for the changes in commercial aviation which are closer than you think.