NASA's New Cargo Vehicle For The International Space Station Was First Known As The MIG-105 - April 26, 2019

NASA’s New Cargo Vehicle For The International Space Station Was First Known As The MIG-105 – April 26, 2019

I hope everyone enjoyed the week and your work was not too taxing on the spirit. Today I want to talk about how a secret soviet project, the MIG-105, looks to have been resurrected by the Sierra Nevada Corporation and NASA.

MIG-105 and The Dream Chaser

The Dream Chaser traces its heritage to the BOR series or uncrewed orbital rocket plane of lifting bodies, which themselves were derived from a 1965 space plane concept, the Soviet MiG-105. The BOR-1 was first tested in 1969, launching to an altitude of 100 km as the Soviets sought to study various heat shields for a winged vehicle.

The Soviets continued a series of test flights leading up to the BOR-4 vehicle, and it began flying in 1980. Although they had discarded the BOR concept for their space plane (choosing instead the shuttle-derived Buran orbiter), Soviet engineers continued to use the vehicle as a means to test the Buran’s thermal protection system. 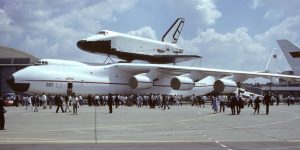 In June 1982, a test flight of the BOR-4 vehicle captured the attention of America’s intelligence community. Launched from the Kapustin Yar missile test range in Astrakhan Oblast, Russia, the BOR-4 splashed down in the Indian Ocean, where the Soviets recovered it. During this recovery, a Royal Australian Air Force P-3 Orion reconnaissance aircraft flew over the site and took photos of the space plane.

After the Australians shared these photos with the US Central Intelligence Agency, American spies turned to NASA’s Langley Research Center in Virginia to better understand what they were seeing. Using the photos, the Langley engineers reconstructed the BOR-4 and began wind tunnel testing the vehicle. They found that its slanted wings gave the vehicle good stability, and its shape offered exceptional turning and gliding ability.

The Dyna-Soar, designed to be a 35.5-foot (10.8-meter) piloted reusable space vehicle, had a sharply swept delta 20.4-foot-span (62-meter-span) wing and a graphite and zirconia composite nose cap and used three retractable struts for landing. Eleven manned flights were to be launched from Cape Canaveral, Fla., starting in November 1964. Dyna-Soar’s first orbital flight was tentatively scheduled for early 1965.

The X-20 reached the mockup stage. $410 million had been spent on its development, and a cadre of astronauts was training to fly it. However, the U.S. government canceled the program on Dec. 10, 1963, because Dyna-Soar had no viable military mission and was too expensive for a research vehicle. Congress diverted the X-20 funding to the Manned Orbiting Laboratory, which used McDonnell-built Gemini capsules. The partially completed X-20 prototype and the mockup were scrapped as well as initial tooling set up for a production line for 10 space planes.

In 1961, the U.S. Air Force had contracted with McDonnell Aircraft to build six experimental aerodynamic/elastic structures environment test vehicles that roughly resembled the Dyna-Soar. The scaled-down test vehicles were 5.7 feet (1.7 meters) long and used Douglas-built Thor or Thor-Delta boosters, which in turn used engines built by North American’s Rocketdyne division. The program was very successful and demonstrated that winged reentry vehicles could traverse the upper atmosphere.

Now, where did NASA go with the information they obtained from the BOR-4…..

With increasing national interest in obtaining routine access to space, a number of Earth-to-orbit transportation systems are being studied. One, referred to as a Personnel Launch System (PLS), could utilize the HL-20 and an expendable launch system to provide manned access complementing the Space Shuttle. 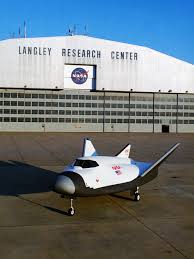 The PLS mission is to transport people and small amounts of cargo to and from low-Earth orbit, i.e., a small space taxi system. Although not presently approved for development, the PLS is being designed as a complement to today’s Space Shuttle and is being considered an addition to the manned launch capability of the United States for three main reasons:

What about the Dream Chaser and the company behind this project…..

SNC’s reusable Dream Chaser spacecraft is a multi-mission, commercial, lifting-body vehicle capable of transportation services to low-Earth orbit (LEO) destinations, including the International Space Station (ISS). SNC has developed one common Dream Chaser spacecraft airframe, which we call a Space Utility Vehicle (SUV) due to its mission flexibility. However, there are currently two Dream Chaser variants optimized specifically for either uncrewed or crewed missions, known as the Dream Chaser Cargo System and Dream Chaser Space System, respectively. Additional variants may be developed for future mission needs.

About the Dream Chaser Variants

The Dream Chaser Cargo System is designed to deliver up to 5,500 kg of pressurized and unpressurized cargo to the ISS with the ability to conduct orbital disposal services and responsively return pressurized cargo at less than 1.5 g’s to a gentle runway landing. This solution meets or exceeds NASA’s current cargo transportation requirements. SNC has created an animated critical cargo mission overview video that demonstrates this capability viewable on our YouTube channel. The Dream Chaser Space System is designed to be optionally piloted and transport up to seven crew members and cargo to LEO destinations with a gentle return to a runway landing.

So, which came first? Soviet technology or US technology? You decide………….For additional reading click HERE, HERE, and HERE.

Have a good weekend, enjoy time with family and friends, and remember to share your passion for aviation history with others.