NASA’s New Cargo Vehicle For The International Space Station Was First Known As The MIG-105 – April 26, 2019 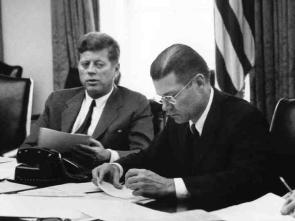 It has been a long week for me with lots of new information passing across my desk on aviation historical events. One of the more interesting items was a link, sent by a friend, to a story about a U-2 pilot who blundered into Russian airspace during the height of the Cuban Missile Crisis. The article is a little long but well worth the read.

It became known around the Kennedy White House as “Black Saturday”: the closest the world has ever come to nuclear annihilation. On October 27, 1962, at the peak of the Cuban missile crisis, with Strategic Air Command at defcon 2 and Soviet nuclear weapons in ﬁring position 15 miles from Guantánamo Bay, an American U-2 spy plane blundered deep into Russian airspace. In an excerpt from his new book, Michael Dobbs mines newly uncovered government documents, as well as the unpublished journals of the plane’s 36-year-old pilot, to reveal for the first time the full story of that 10-hour, white-knuckle flight.

Enjoy the video, have a good weekend, and remember that life is short – take advantage of your time.