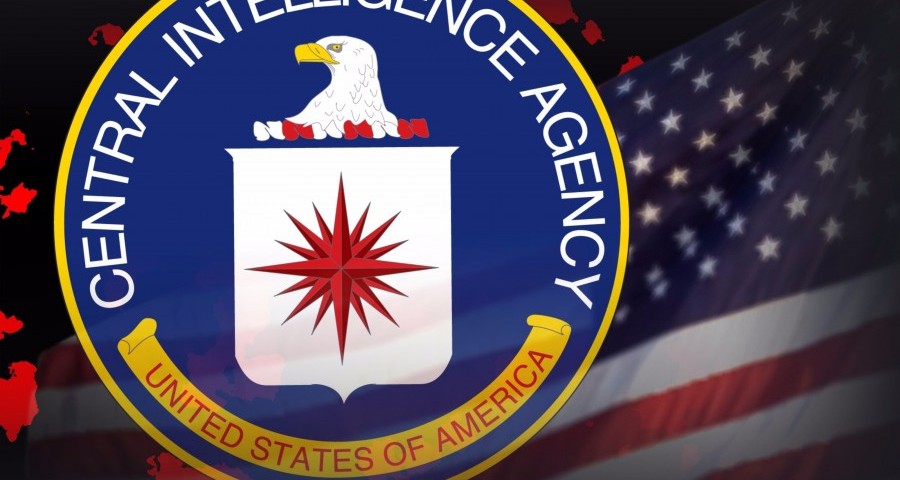 The last two blog articles have talked about Civil Air Transport, there contribution to the well being of our country’s future, and how they ultimately ended up operating as a CIA Proprietary. I have been told that there are currently five active operations in the US that are supposedly being funded by the agency and they operate a variety of aircraft which may include a few Boeing 767, a single Boeing 737, a Canadair Challenger Business Jet, a number of Cessna Citations, a dozen or so King Airs, and a variety of helicopters; however, this week what I want to talk about is not the current operations but the man who set up the system that allowed the CIA to get in to the airline business.  The man, George Doole,  mastered the concept of plausible deniability and taught the current leadership how it should be done.

It looms up out of the cactus and tumbleweed like a vast tombstone: a sprawling airplane hangar, 60,000 sq. ft., large enough to house a 747, edging up to the shimmering tarmac of a remote airfield in the Arizona desert, 90 miles southeast of Phoenix. On a wall within is a 4 ft.-by-3 ft. plaque that reads “George Arntzen Doole (1909-1985). Founder, Chief Executive Officer, Board of Directors of Air America Inc., Air Asia Company Limited, Civil Air Transport Company Limited.” The plaque is the only memorial to a man who created and ran what was once one of the largest airlines in the free world. The air- line was known by half a dozen different names, sometimes just as the “Shy Air- line,” and it flew where few tourists want- ed to go. Passengers were often obliged to exit by parachute.

George Doole died as he had lived, in anonymity. When he passed away on March 9, 1985, in Washington at the age of 75, there was no formal obituary in the Washington Post or the New York Times, no memorial service, no flowers. He was quietly buried at a private funeral in Liberty, IL. “No one ever knew where he came from,” says Russell Adams, a re- tired Pan Am vice president who occasionally dined with Doole at the International Club in Washington. “No one knew he was dying. No one even knew he was sick.” Doole preferred it that way. When he entered Washington Hospital Center last year, he told his sisters back in Illinois that he was suffering from a hernia. In fact, he had terminal cancer.

A portly, tastefully dressed man, Doole was at once reserved, even shy, yet highly sociable. The lifelong bachelor often squired wealthy widows to embassy dances in the capital. “George Doole? Oh, he was a perfect gentleman,” recalls one consort, Irene Evans. At the Chevy Chase Club, a Wasp bastion in a well-to-do Maryland suburb, Doole sometimes liked to while away afternoons playing bridge and backgammon. He usually won. “George? Well, he was quite a boy,” chuckles a fellow clubman, retired Rear Admiral Raymond Hunter.

But just what did he do? “I rather thought he was in investments,” says Margaret Wimsatt, who often invited Doole to share Thanksgiving and Christmas dinner with her family. “He was a bit mysterious. I remember at a party at the Chinese embassy, he spent an awful lot of time talking to the Taiwanese ambassador. I asked him why, and he just said, ‘We had a lot to talk about.’ He would sort of peer at you through those thick black- rimmed glasses.” Once, she recalled, she mentioned the name Richard Helms, former director of the CIA. “Do you know him from the Chevy Chase Club?” inquired Wimsatt. “Oh, I know him better than that,” said Doole.

Doole lived in one of the most elegant apartment buildings in Washington, the Westchester, but he never invited any guests there, and he refused to give the management a key. Actually, there was little to see inside. Just a bed, some maps and rows of locked filing cabinets.

To Washington society matrons, Doole seemed the very image of discreet old money. In fact, he grew up poor, of strict and frugal Lutheran parents, on a 160-acre hog and chicken farm in Liberty. He went to aggie school at the University of Illinois, where he kept to himself. “We were not real buddy-buddy,” says his sister Mildred Nation. “We minded our own business.” Winning a commission in the Army in 1931, Doole learned how to fly airplanes. He later became a pilot for Pan Am, at first flying old Ford Trimotors on the Guatemala-to-Panama run. Along about 1953-no one seems quite sure when Doole made an unusual career move. He went to work for the Central Intelligence Agency.

Officially, the CIA says it has no record that Doole ever worked there, but among old agency hands, he is a legend. Operating out of a small, nondescript office on Connecticut Avenue, he founded and ran a far-flung network of airlines that the agency used to carry out its covert operations all over the world. Owned by a holding company, the Pacific Corp., that was itself a CIA front, Doole’s empire included Air America, Civil Air Transport, Southern Air Transport, Air Asia and dozens of small puddle-jumper lines. Together, at their peak in the mid ’60s, these CIA “proprietaries” added up to an airline that was almost the size of TWA, employing nearly 20,000 people (as many as the CIA itself) and operating some 200 planes. Even the CIA was not sure just how many. Asked by then Deputy Director Helms to account for all the planes in Doole’s regime, a staffer spent three months on the project before confessing that he could never be more than 90% certain. The problem, explained the exasperated staffer, was that Doole was forever leasing planes between his shell corporations and changing their markings and tail numbers.

Traveling around the world, orchestrating his vast air armada, Doole kept his airplanes busy. Under the cover of legitimate freight and charter services, Doole’s airlines supplied a 30,000-man secret army in the mountains of Laos for a ten-year war against the Pathet Lao, dropped scores of agents into Red China, and helped stage an unsuccessful revolt in Indonesia. Not surprisingly, all this flying about aroused curiosity. In 1970 a New York Times reporter asked Doole if Air America had any connection with the CIA. “If ‘someone out there’ is behind all this,” Doole airily replied, “we don’t know about it.”

Doole’s pilots, who flew in and out of tiny jungle fields in abysmal weather and sometimes under enemy fire, were a raffish lot. They referred to the CIA as “the customer,” the ammunition they dropped as “hard rice” and being under heavy fire as “sporty.” Brushes with death were described as “fascinating.” To be “absolutely fascinated” meant scared witless.

Doole would appear from time to time at CIA bases from Vientiane to Panama City, but he stayed aloof from the pilots, many of whom regarded him as a bit of a snob. “I never saw the man without a tie on,” scoffs one. Doole played bridge, flew airplanes and did business deals the same way: slowly and deliberately. “The Chinese liked to negotiate with him,” recalls a former CIA official. “He was polite; he never showed any excitement. But he was tough.”

When the extent of the CIA’s covert operations was revealed by newspaper exposés and congressional hearings in the early ’70s, the agency was forced to dismantle Doole’s huge aerial empire and sell off the various planes and airfields. It was done at a profit; the agency turned over $20 million to the U.S. Treasury. Doole also did well by himself. Though he earned a government salary as a CIA employee, he augmented his income by investing, shrewdly, in the stock market. His estate when he died was worth “several million dollars,” according to a sister.

In 1971 Doole retired from the CIA. Formally, that is. He kept his hand in the aviation business as a director of Evergreen International Aviation, a company that refits and charters airplanes. Though Evergreen bought Intermountain Aviation, one of Doole’s CIA “proprietaries,” in 1975, the company insists that it has had nothing further to do with the agency. Perhaps. But when the dying Shah of Iran wanted to fly from Panama to Egypt in 1980, he flew on a chartered Evergreen DC-8. Doole arranged the charter.

The airfield in the Arizona desert where Evergreen opened its huge hangar last year, the George A. Doole Aviation Center, was once owned by the CIA. Today Evergreen workmen repair and refit commercial airliners from Pan Am, American and Emery Air Freight. It all seems perfectly ordinary and unexceptional, rather like the George Doole who enjoyed playing bridge at the Chevy Chase Club and dancing with wealthy widows. There is probably nothing remarkable about those two unmarked black Chinook helicopters that took off from a far corner of the airfield not long ago and headed south. -By Evan Thomas

Have a good weekend, take some time to enjoy life with family and friends, and remember – protect yourself, protect your family, and never forget that our time on this circular sphere, called earth, is limited…….take time to enjoy each and every moment.