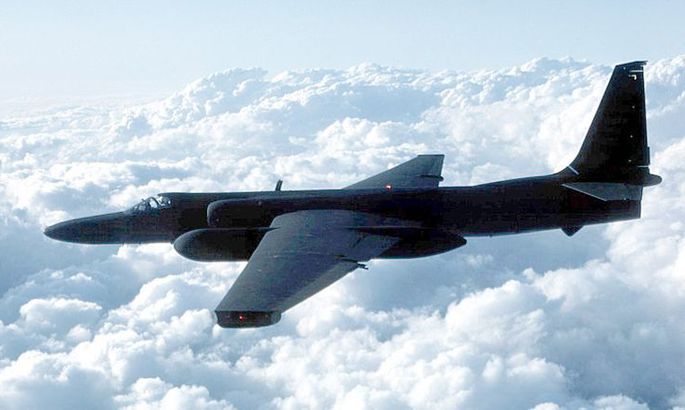 Welcome to the 3DB, or welcome back, and this week I want to talk about an event that I was not aware of until I stumbled across the article while researching and article on the crew who returned Robert Vescoe’s airplane from Panama to the US. More on this next week.

Now, let’s talk about a U-2 that in 1966 was almost intercepted, and shot down by American airman, when the ground agencies lost communications while he was enroute to do an overflight of Cuba.

The Case of the Runaway U-2

In the summer of 1966, my squadron, VF-74, was flying the McDonnell F-4B Phantom II out of Naval Air Station Oceana in Virginia Beach. Our primary mission was to train for a June 1967 deployment to Vietnam with the carrier air wing CVW-17 aboard the USS Forrestal. As squadron training officer, I was responsible for making the training syllabus and overseeing a daily flight schedule to reinforce its lessons. 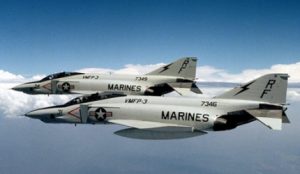 While preparing to deploy overseas, we were ordered to provide on-site support for the Joint Air Reconnaissance Control Center (JARCC) at Naval Air Station Key West, Florida. That mission entailed providing a four-airplane, six-aircrew detachment every other month. VF-74 alternated months with an F-8D squadron based at Marine Corps Air Station Beaufort, South Carolina. I was in charge of the VF-74 detachment sent to Key West.

That summer, President Lyndon Johnson had banned all military reconnaissance flights over Cuba, but under JARCC control, recon flights along the periphery of the island continued daily. Should the Castro regime decide to try to shoot down one of the Air Force or Navy recon missions, my squadron, like the Marine squadron with whom we shared the mission, was ready. Our job was to have two F-4Bs, armed with live Sparrow III and Sidewinder missiles, in position to get airborne within five minutes after notification to launch. This was known as standing Alert Five.

The alert aircraft were armed, fueled, and parked just steps away from an RV trailer that had been converted into a ready room. During alert periods, which normally extended from 9 a.m. to 2 p.m., the aircrews stood watch in the trailer in full flight gear except for our helmets. It was very hot and muggy in Key West in July, but the trailer had excellent air conditioning. To pass the time we had a dartboard and several board games, including Monopoly. A 10-inch bell was fixed to the wall. If the bell sounded, the two aircrews grabbed their helmets and sprinted to their aircraft.

Since the likelihood of being dispatched to protect an endangered recon aircraft was quite low, I arranged to have the bell rung at the end of the operational day, so we could hone our ability to get two aircraft into the air in under five minutes. But it was even more important to me to help our crews accumulate training hours. Each afternoon when the bell rang, two VF-74 F-4Bs went roaring down the runway and into the sweltering Key West skies. After checking in on the radio with JARCC, we were released to conduct practice intercepts. That month in Key West was about the most tedious duty I ever performed.

On July 28, the boredom was shattered. Shortly after 1 p.m. the bell went off. The timing was not unusual; we were frequently released from Alert Five status early. Still, my radio intercept officer, my wingman, and his RIO all ran to our aircraft. After a quick strap-in aided by our enlisted plane captains, we radioed for permission to taxi. Key West gave us priority and cleared us for takeoff, and we turned onto the duty runway. We were airborne three and a half minutes after the bell. Bill Reynolds, my RIO, switched to JARCC frequency and checked in. We fully expected to be released to fly yet another intercept training flight.

What? I turned to a heading of 170 degrees, wondering what was happening.

The next thing I heard only made my heart beat faster: “Backwash 202, your bogey five right, 22.” Bogey?!

The next call explained why Bill had nothing on his radar scope. “Your bogey high. Go burner!” That spurred Bill to elevate the radar antenna and me to light the afterburners of both J-79 turbojet engines.

As we accelerated and climbed, Bill attained radar contact with the bogey. “Long Glass, Backwash 202, contact 8 right 17.” (“Long Glass” was JARCC’s radio call sign, though its meaning was as opaque as our own, “Backwash.”) The elevation marker on the scope told us that the bogey we were chasing was really, really high. We were climbing through 35,000 feet when Bill reported, “Long Glass, Backwash 202. Judy.” “Judy” was the code word that indicated our radar was locked on and tracking. As we passed 40,000 feet I saw on the radar scope that our closure rate was just under 300 knots.

Our bogey was heading south, toward Cuba.

Naval Air Systems regulations required F-4 crewmen to be in full pressure suits when operating above 50,000 feet, but I didn’t think of that as we climbed through that altitude with our bogey still above us.

Then came the real shocker: “Backwash 202, cleared to arm. Cleared to fire!” What?! I flipped the switch to arm the Sparrow and Sidewinder missiles, knowing full well that we were out of firing range. As we topped 55,000 feet, my scan went from the scope to the sky above and ahead of us.

Then it was over: “Backwash 202, de-arm, your vector 355 and your signal is Romeo Tango Bravo”—Return to Base. I was not keeping track of our position in relation to Cuba, but I learned later that we were stood down and ordered back right at the 12-mile mark.

After landing back at Key West we were met by a JARCC vehicle, which transported Bill and me to the JARCC facility for a debriefing.

There I learned we had been launched to shoot down a U.S. Air Force U-2.

The U-2, piloted by Captain Robert D. Hickman, had departed Barksdale Air Force Base, just outside Shreveport, Louisiana, on a reconnaissance mission to Cuba. His mission profile required that he check in with JARCC as he passed over New Iberia just before going “feet wet” in the Gulf of Mexico. When he failed to check in, JARCC, certain that he was incapacitated, launched us to shoot down his aircraft before it defied President Johnson’s order by entering Cuban airspace.

For several days after that, I was in a daze. But one thing I knew was that I was grateful Captain Hickman’s U-2 had remained out of reach of our missiles. Had we closed to within firing range, I honestly don’t know how I would have responded.

Captain Hickman’s U-2 continued over the island without any response from Cuban air defense forces. It flew until it ran out fuel, then spiraled down and crashed on a plateau near Oruro, Bolivia. Hickman’s body was recovered, and investigators determined that lack of oxygen had caused him to lose consciousness, then to suffocate. By the time I was ordered to shoot him down, he was almost certainly already dead in the cockpit.

Had I shot down his U-2, it certainly could have been filed away as one of those unfortunate incidents that occur in the fog of war. But even knowing that Hickman was already dead, had I shot him down, I would not be telling this story today. Why? Because the aircraft bearing his body would have landed in Cuba, and his wife and six children would not have had his remains to mourn and to bury. I could not have abided that.

Have a good weekend, keep family close, enjoy time with friends, and be safe/fly safe.