The Skunk Works Airship and The American Scientist Who Worked For The Goodyear Zeppelin Division - October 12, 2018 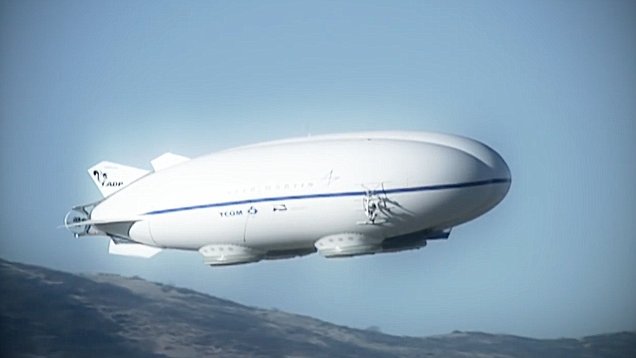 Today I want to talk about the new and the old. The Skunk Works developed a hybrid airship but the company lost a bid for a $517 million long endurance multi-intelligence vehicle (LEMV) contract, which the army awarded to Northrop Grumman and Hybrid Air Vehicles. Below is a brief article that covers this as well as an interesting article on GoodYear’s Zeppelin program which covers the original airship.

Lockheed first flew the P-791 demonstrator five years ago, but the company lost a bid for a $517 million long endurance multi-intelligence vehicle (LEMV) contract, which the army awarded to Northrop Grumman and Hybrid Air Vehicles.

Two months after losing the LEMV contract, Skunk Works officials still predicted a bright future for the P-791. “It’s still in our hangar. It’s available to use again for other demonstrations,” Bob Ruszkowski, a Skunk Works system engineer, said in August. “We’re exploring other opportunities for hybrid airships.”

The first SkyTugs will be designed to lift 20 ton payloads, but future designs could be scaled-up to carry from 50 to several hundred tons of cargo, Purdy says. “We’re creating an industry here,” he adds.

The Golden Age of The

Mr. Hal Dick graduated from MIT in 1928 and went to work for the Goodyear Tire and Rubber company in 1929; however, he was soon transferred to the Good year-Zeppelin Division, a subsidiary established in the early 1920s by Goodyear’s President Mr. PW Litchfield who had bought the airship patents from Zeppelin on the design of their early airships in the early 1920’s, where he worked with the German engineer brought to the US by Mr. Litchfield and 13 german design engineers who were hired to support the program. All of the information used in this artile I found online. The best place to start looking, if you would like more information, is at the Wichita Sate University Library. There are more bits and pieces out there as well and you can find Mr. Dick’s book, “The Golden Age of the Passenger Airships,” for sale online at Amazon.

Hal Dick’s story is unique and to wrap it up I have included a link to an article I found at the Saturday Evening Post detailing the events of the last flight of the Hindenburg, which I think you will enjoy.