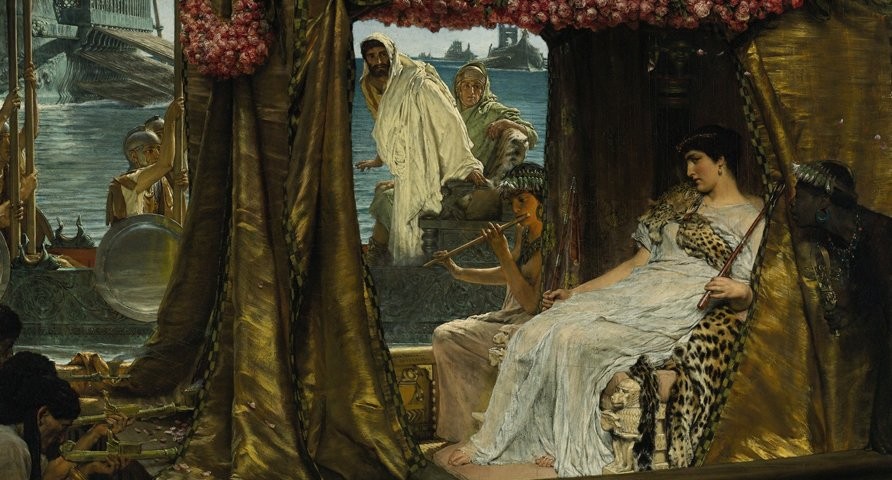 Happy Friday and welcome to/back to the 3DB. I hope everyone had a good week and are ready for the weekend. This week we will deviate a bit from the normal blog and take a trip to Egypt. This story recaps a trip I did about ten years ago and is unique among others I have written.

My Visit with Cleopatra

It was a Sunday morning and the coffee was still brewing as I glanced at the headlines on the New York Times. Now, I know it may be strange to be reading the NY Times, as a resident of Miami, but my neighbor was on vacation so I was gathering up his newspapers, and his mail, so I was hoping to find something different on the editorial page than what I was use to from the Herald – I was wrong. Same bullshit, I mean content, with a different name claiming to be the subject matter authority for all issues social and political; however, what we need to talk about is the phone call I received and not the editorial page.

The phone rang, I allowed the answering machine to pick up and advise the party on the other end to leave a message after the beep, and then I heard a familiar voice say, “Pick up the phone I need to talk with you.” That voice belonged to my friend Charlie, who never calls unless he needs help flying airplanes, so I grabbed the phone and said, “Charlie, do you know it’s seven AM on a Sunday morning and you and I both should be sleeping?” Charlie chuckled and advised that he had just finished sleeping eight hours on the flight from Bangkok to Dulles and he was trying to get a hold of me before the new week began. I need you to go to Wichita and work with two Royal Thai Army aircrews as they go through simulator training and then ride with them when they take their B-200 back to Bangkok.

I thought for a few moments and then asked the most important question of all – “Is this a new airplane or an old airplane you have had modified for special tasks with the RTA?” Charlie knew I hated dealing with new airplanes, and all the problems they normally have, and this would especially be true if we were going to go half way around the world. By the way Charlie, “Is this airplane in Oklahoma City?” There was a pause in the conversation on Charlie’s end and then I heard “How did you know that?” I met a guy in Oklahoma City, about a year ago now, that had just brought an airplane in from Thailand. He had advised me that he was going to ferry that airplane back via the Pacific. Charlie then told me that it was the same airplane, but the people who were working the contract ended up under investigation, because of financial improprieties, and now he and his company have the contract. That is great Charlie but I do not want to go back via the Pacific with six people and ferry tanks. Charlie then advised I could go the long way but the real question he had was – Can you do it? My response was quick.

“If you are running the program Charlie you now you can count me in.”

Charlie advised he would be back with me by Wednesday of the following week and I should be prepared to be in Wichita the following Monday. No problem but I will need lots of money for all of this. Charlie responded by saying, “You mean you are going to get to fly an airplane to Thailand, have a mini vacation in Bangkok, and you want money too.” Charlie did not give me time to respond and simply said “I will fax you a contract” as he hung up the phone.

OK, time to advise all concerned here in Miami that I would be off-line for a few weeks and then start thinking about packing a bag. I guess it is time to add a few more rocking chair memories to the book “Life of an Aviator.”

The trip back to Bangkok, and the simulator training, should have taken a little over three weeks but because of delays in Oklahoma City I was gone for almost six weeks. This caused a little bit of a problem with the two groups I worked with in Miami but as a contract guy I reminded them both that I ask for no financial guarantees from them and I would be back as quick as I could. They complained, as was expected, because they pay for my FSI recurrent contract. However, when I said I would introduce them to some of my contacts they agreed to relax, and wait patiently for my return. The reason I mention this point now is that this trip has multiple stories that I would like to tell; however, for today’s story we are only going to talk about my stops in Alexandria and Cairo.

So, let’s talk about Alexandria and Queen Cleopatra………………

The stop in Alexandria had been unplanned. We left Athens, Greece that morning going to Cairo but something happened in Cairo that caused Egyptian ATC to put is in a hold over Alexandria and after an hour I opted to land at Alexandria. I had already called Jeppeson, on a HF phone patch, and they had a handler standing by who would meet the airplane and handle all of our requirements. After landing, we were advised that ATC wanted us to remain on the ground until they could approve our arrival in to Cairo. That having been said I told the handler we would stay the night assuming he could get us out early the following day. The ground handler responded with “No problem – Inshallah.” Yes, Inshallah, and we were off to the Meridian hotel and some food. For those unfamiliar with the phrase Inshallah, Muslims commonly use this and it means If Allah/God wills it so.

The driver of the crew bus did not have many US aircrews to talk with, he spoke perfect English, and he was ready to practice his language skills. I proceeded to ask the normal questions. Where are the best places to eat, the best places to visit, and how safe are the streets and the taxi drivers? The driver responded by saying that he would be our taxi, since he also ran a tour company, and he would show us his city. “Great, but how much will we pay for all of this?” I asked. Up to you sir…..business has been slow.

Now, we did get our money’s worth out of our new friend, whose name was Mohammed, but instead of detailing all of the stops we made I want to take you back to the time of Cleopatra and talk a little history.

Now, in plain English, what occurred was that after Alexander the Great died the territories he had conquered were divided up between his generals and it was one of these generals who took over political control of Egypt, Syria, and the Sinai Peninsula. This marked the end of the ruling Egyptian Pharaohs and the beginnings of Alexandria becoming the scientific, and cultural center of the world. This new era, dynasty, would remain in place until Rome annexed the area in 30BC; however, the most interesting part of this development was the fact that Cleopatra VII, who is the Cleopatra historians talk about most, was probably a Greek.

All of the Cleopatras of Egypt, this name was commonly used by the Queens during this time, were members of the Greek Ptolemaic dynasty; and it was the famous Cleopatra VII who ruled from 51-30 BC. She ended the dynasty by allying herself with the Roman Marc Anthony and then committing suicide when the Roman Emperor Augustus Caesar invaded her city. Her suicide essentially turned over the keys of the Egyptian civilization to the Roman Empire.

Alexandria was indeed a cultural and scientific center for the advancement of sciences. It was during this time that Greek geographers, and mathematicians, brought forth the following facts:

1. It was proven that the earth revolved around the sun.
2. It was proved that the earth was spherical and they calculated its circumference with amazing accuracy, 1700 years before Columbus sailed on his epic voyage.
3. The distance from the earth to the sun was accurately calculated.
4. The discipline of geography was formalized.
5. The first map of the world was created using parallels and meridians.
6. The first atlas of the stars was recorded and the length of the solar year was calculated accurately to within 6.5 minutes.
7. Leap year was formalized and added to our calendar.
8. Euclid wrote his elements of geometry, the basic text, studied in schools all over the world even now.
9. The brain was discovered to be the controlling organ of the body and launched a new era in medicine.
10. The science of mathematics introduced prime numbers.

The list of accomplishments far exceed that which I have listed but for now I think it can be said that maybe we who inhabit the new world, the western hemisphere, should probably realize, and confess, that we owe our intellectual success to the great minds of the eastern hemisphere.

Enough about history I need to be talking about my visit with Cleopatra?

We had lunch on the coast overlooking the port of Alexandria and it was after the meal that Mohammed told us that we were actually looking out at the palace of Cleopatra. “We are?” I said. Mohammed reached in to his book bag, brought at a well-worn book of Egyptian history, and proceeded to show us how the coast city of Alexandria looked before the earthquakes, and tidal wave, destroyed the palaces, the lighthouse, and other treasures. Now, I was not well versed in the history he spoke of, and based on their blank stares from the Thai aircrews I think they were very confused, so he immediately launched in to a 30-minute presentation on the way it was.

Have a good weekend, enjoy time away from aviation, or your daily routine, and remember to enjoy life. Our time here on earth is limited – enjoy each moment and keep family, and friends, close.