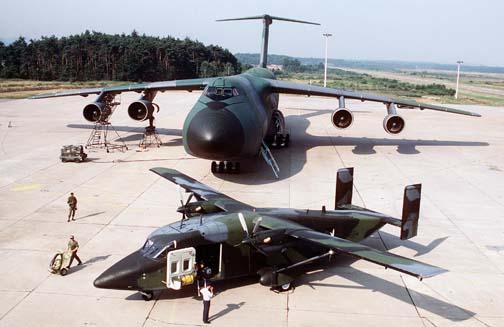 As a follow up to the Army Workhorse Article I want to share with you a conversation I had with one of the pilots who was part of the original cadre who took the Sherpas to Iraq in 2004 and then brought them home in 2011. Joe J. was a member of the Indiana Air National Guard and recently retired in 2014; however; he spent 12 years assigned to this airplane and what he told me about the mission in Iraq you will find interesting.

In 2004 Joe was assigned the task of ferrying one of six airplanes to Iraq. The ferry took almost two weeks but after arriving in Ballad, Iraq he, and his fellow airmen, settled in to a routine of flying support missions that you will find interesting. The Sherpa had not been equipped with a CMWS before leaving for the Iraq war and as a result their missions were flown at 100 feet AGL, (Above Ground Level) during his first tour. All of the Sherpa crews became very familiar with the topography of Iraq as they flew all over the country low level and with temperatures often reaching 125 degrees they had a hot and turbulent ride. Ultimately they began flying only night operations.

Now, I bet you are wondering what a CMWS is so let me explain. The ATIRCM/CMWS is part of the Army’s Suite of Integrated Infrared (IR) Countermeasures (SIIRCM) concept of IR protection. This SIIRCM concept also includes Advanced Infrared Countermeasures Munitions (AIRCMM), a new-development set of IR flare decoys, and passive IR features. These features are the host platform modifications intended to reduce the IR signatures, and include such things as engine exhaust/heat suppression and IR-absorbing paints. For the Army only, the ATIRCM/CMWS was intended to be integrated with the Advanced Threat Radar Jammer (ATRJ), a new-development Radio Frequency (RF) system, to provide overall IR and RF self-protection.

Features of SIIRCM components include host platform modifications such as engine exhaust/heat suppression, and special coatings, intended to reduce the platform IR signature. The ATIRCM is part of the US Army’s SIIRCM concept of IR protection. The CMWS consists of six (6) electro-optical sensors and an internally mounted Electronics Control Unit (ECU), which detects incoming missiles, provides warning to the crew, and dispenses countermeasures. CMWS is a totally passive detection system, requiring only the electro-optic (EO) signature of the missile plume. The ECU determines the threat status of detection’s using flight parameter data received from the aircraft Central Computer (CC). The ECU provides missile threat declaration, Direction-Of-Arrival (DOA) and elevation information to the CC which generates the crewstation display and warning tone. The CMWS allows for automatic or manual AN/ALE-45 Countermeasures Dispenser (CMD) operation.

Now that you know more than you wanted to know about a CMWS it is easy to see why they were flying at 100 feet AGL; however, after the airplanes were upgraded to the newest missile warning system they began flying a little higher – 500 feet – and most of their missions were flown at night with the crew using night vision goggles.

An interesting detail of their operation is that they were always a welcome sight wherever they went because there were always people looking for a ride back to Ballad or elsewhere. Some of the people had been waiting only a few hours but some had been waiting days. When you are traveling space available you have to get in line after the mission essential cargo, medical supplies, wounded, and people going home on emergency leave. The Sherpa crews always made every effort to carry as many of these people as possible.

The Sherpas left Iraq in 2011, Joe was assigned to fly one of those airplanes, and in 2013 the Army sent all of them in to retirement. I have two videos below that will add to the facts so take some time to enjoy a look back at what I consider to be a real success story for a commuter airliner turned Army workhorse.