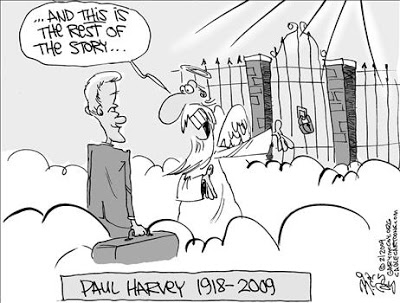 This will be the last blog of the year and today I want to recap a few items in aviation history that were not represented correctly as well as introduce you to the work of a gentleman who spent twelve years of his life getting the story right; however, before I proceed forward I want to give credit to the blog, where I found today’s featured image. The blog is called “My View by Silvio Canto, Jr.” and if you click HERE you will a find a quick overview of who Paul Harvey was, Paul Harvey is the man depicted in the image above with bags in hand, as well as one of his video broadcast that is well worth a listen.

Now, let’s talk about my version of “The Rest Of The Story.”

Aeromarine Was First and Not Pan Am

Who was that company?

The Wright Brothers and Charley

Who Was First – The British Or The Russians

Before the Space Race, before the fatal fire on Apollo 1 or the deaths of three cosmonauts returning to Earth aboard Soyuz 11, there was a Jet Race, whose tragedies and triumphs are now mostly forgotten. Begun in the last years of World War II, when the combatants struggled to get military jets into the skies, the competition continued into the 1950s, when the United States, the United Kingdom, and the Soviet Union were scrambling to field the first passenger jets.

The British were the first to build a passenger jetliner, the de Havilland D.H.106 Comet, which was tested in 1949 and started flying scheduled routes in 1952. But two years later, when two of the airliners broke up in mid-air within four months of each other, Prime Minister Winston Churchill ordered the fleet grounded. The Soviets can claim the first continuous commercial jet service, which they began with the TU-104 in 1956, two years ahead of the debut of the iconic Boeing 707 and the resumption of flights by the Comet. The TU-104 also had its share of disasters, but Tupolev and the Soviets managed to learn from them and keep flying.

Now, the articles above are just a few of the events in history that you need to look at more closely because as you can see things are not always the way they seem. To finish up, however, I want to talk about one more event in history that I find extremely interesting and I have wrote about on numerous occasions. My most recent article, “Howard Hughes Played The Aviation Chess Game Brilliantly But Lost,” tells part of the story but there is a gentleman who I have become acquainted with recently who has the rest of the story on………

The gentleman I speak of is Mr. Randall Reynolds and he has spent twelve long years getting the story right. The name of his book is, “The Jack and Helen Frye Story,” and in his book you will go back and explore what I refer to as the “Golden Years of Aviation.” Mr. Reynolds will tell you in great detail why Howard Hughes was not the man at the helm of TWA and why it was Jack Frye who kept Howard Hughes out of trouble.

I have an abundance of information that Mr. Reynolds provided me but what I want to highlight today is an interview he had with Robert Serling. Robert is the brother of Rod Serling who created the series Twilight Zone, which was the original Sci-Fi series on television which was also provided social commentary, and Robert is an Aviation Historian. That which follows is an interview that Mr. Reynolds had with Robert Sterling:

Three years ago I had the great honor of meeting Robert Serling at Tucson Arizona (now passed
away) who was (is) the most renowned (perhaps the most qualified) airline historian ever. Bob
has always been especially fond of Jack Frye in my dealings with him and as well in his visits
with Jack’s daughter Nevajac Frye. In regard to my work on Jack Frye, Bob gave me his own
“future project” notes which addressed Frye, stating to me, that I could use the information in
any way I desired as he doubted at his age he would be able to finish many future projects. The
pages addressing Frye are current (2008) as opposed to his writings about Frye in his 1983 book
“Howard Hughes’ Airline; an Informal History of TWA”. Bob conveyed the following sentiments
in his notes as reprinted below and in person he basically stated similar sentiments to me
personally about Frye, and I quote:

“Jack Frye of TWA: “He may very well have been the most underrated and unappreciated
airline president of them all. He was a pilot himself, smart and as likeable as he was capable,
but was also saddled with the fact that he was overshadowed and subservient to TWA’s majority
stockholder, who controlled TWA and happened to be Howard Hughes.”

“Frye was a true visionary, far more so than Hughes who was not as farsighted as the film “The
Aviator” portrayed him. (Bob was especially adamant about this film being grossly inaccurate
historically and maligning Frye’s accomplishments and reputation). It was Frye, not Hughes who
actually ran TWA from an operational standpoint and who truly belongs in the ranks of civil
aviation’s most significant pioneer contributors. For example, he was the airline chief who
convinced Donald Douglas to design and build an airliner that could out-perform Boeing’s new
247. The eventual result was the DC-2 which begot the DC-3.”

“Hughes had no cause to quarrel with Frye, but Jack had the misfortune to run afoul of Noah
Dietrich, at the time Howard’s financial advisor. He was jealous of Frye, viciously bad-mouthed
him to Hughes, and Jack was brutally fired. There is no doubt that Dietrich deliberately
orchestrated the ouster of one of the industry’s most far-sighted and charismatic leaders.”

“What cost Frye his job, and also cost TWA dearly, was an ill-timed 25-day pilot’s strike in
1946, just when TWA was getting its postwar international service into full operation, and about
the same time Hughes was recovering from near-fatal injuries suffered in a plane crash
(Beverly Hills). Dietrich managed to convince Hughes and TWA’s board of Directors that the
strike was Frye’s fault, and that Jack’s mismanagement had put the airline in a precarious
financial state.”

“Both these claims were outrageously false, but Dietrich timed his campaign against Frye to
coincide with the post-crash trauma Hughes was experiencing. Howard was in no shape either to
judge or grasp what really was happening at TWA in those difficult months, and foolishly
believed what Dietrich was telling him.”

“The cold-blooded execution of one of the airline’s most brilliant presidents was unnecessarily
cruel in the way it was handled: a terse one-sentence announcement to all TWA officers and
employees that “Jack Frye is no longer associated with the Company.”

Now, for those who are not familiar with Robert Serling please click HERE.

While Mr. Reynolds has certainly done his homework on the subject of Jack Frye, Howard Hughes, and TWA there is no way that I can do justice to what he has done in his book. So I encourage you to explore the following links and then click on the image of Mr. Reynolds book and invest in aviation history. I think Mr. Reynolds has it right when he says: “History is Meaningless- Unless Shared!” 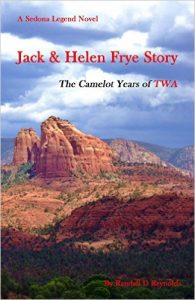 I hope you have enjoyed the article today, as well as others that I have presented this year and I wish, for each and everyone of you who enjoys the freedom of the “Third Dimension,” that your efforts, and energy, in this life bring to you only the best that life has to offer and to everyone I wish a ……….