United Airlines Was The First To Win At The Aviation Game Of Chess - September 5, 2015 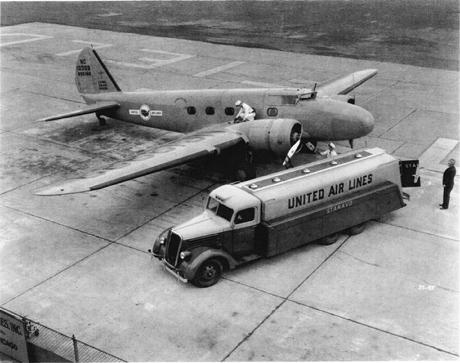 Prior to the merger of Delta and Northwest/American and US Airways, United was the largest US Airline and had the largest international route structure. Things have changed and below are the current statistics which were published in a recent article by the Economist:

United Airlines, despite it’s size now, had humble beginnings; however, with a little help from their parent company, United Aircraft and Transport Company, they quickly took the lead in the US domestic market and have been fighting to hold on to their leadership position ever since. They have not always played fair, not many in business do, but today what I want to talk about is how United, and their parent company, initially sought to put their King on the board and protect that position in the game I call “Aviation Chess.”

United Airlines And The Boeing 247 Airliner

The twin-engine Boeing 247 made the three-engine airplane obsolete and gave the U.S. airline industry an enormous boost. It appeared that the Model 247 had a bright future in airline service but the large order by Boeing’s airline took up all of Boeing’s manufacturing capacity and sent other airlines searching for alternatives. Seventy-five 247s were built. Boeing Air Transport flew 60 Model 247s. United Aircraft Corp. flew 10, and the rest went to Deutsche Lufthansa and a private owner in China.

So, who was the first to seek out the alternative that changed the Aviation Chess Game and put United’s King in jeopardy? Let’s talk about that.

TWA And The Douglas Airliners

TWA was the first to respond to United’s monopoly by going to Douglas aircraft and although Donald Douglas was initially reluctant to participate in the invitation from TWA to build a new airplane, he doubted there would be a market for 100 aircraft which was the number of sales necessary to cover development costs, he submitted a design consisting of an all-metal, low-wing, twin-engine aircraft seating twelve passengers, a crew of two, and a flight attendant. The aircraft was insulated against noise, heated, and fully capable of both flying and performing a controlled takeoff or landing on one engine.

Only one aircraft was produced and it made its maiden flight on July 1, 1933 flown by Carl Cover. The plane was given the model name “DC-1”. During a half year of testing, it performed more than 200 test flights and demonstrated its superiority over the most used airliners at that time. In addition, a new speed record was set when the DC-1 was flown across the United States in a record time of 13 hours and 6 minutes.

Now that we know that United, and TWA, were trying to monopolize/control the chess pieces in the domestic market we should also consider how Pan Am became the airline that controlled the international routes/chess pieces, and how many others appeared on the scene to compete for a place at the chess table; however, I think it best that we save those stories for another day.

Please consider the following that comes from the article in the Economist which I used at the beginning of this blog:

America is the world’s biggest domestic aviation market and what the data shows is how ridiculous it is for US carriers to whinge about competitors from other countries apparently receiving state aid—particularly supercarriers in the Middle East. After all, having their own domestic markets protected by the state is the primary reason that American airlines thrive. Ask United or Delta whether they would welcome competition on their JFK:LAX route from Emirates or Singapore Airlines.

– If they were honest, they would admit that the last thing they want is a level playing field –

Interesting, this Aviation Chess Game. It could be considered one of the most interesting games of chess ever played but I think many would consider this type of strategy normal for any business model – However, I think this game is much more challenging than any other and it was Warren Buffet who said it best:

The worst sort of business is one that grows rapidly, requires significant capital to engender the growth, and then earns little or no money. Think airlines. Here a durable competitive advantage has proven elusive ever since the days of the Wright Brothers. Indeed, if a farsighted capitalist had been present at Kitty Hawk, he would have done his successors a huge favor by shooting Orville down.

Have a good weekend, enjoy  the videos below, and keep family and friends close – life is short and tomorrow when we wake up our lives are one day shorter.