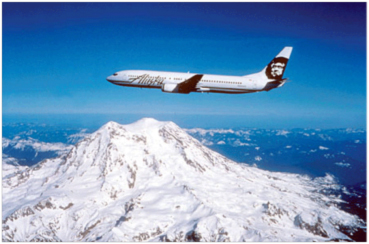 Good Morning—it is Friday and it is time to talk about Alaska Airlines. I hope everyone had a good week, you enjoyed the preview on Wednesday, and you did a little research on the Caspian Sea Monster which was an interesting, and lethal, concept developed by the Russian military.

Today will be Part One of the series on Alaska Air and I will finish up next week so that you have everything you need to know without waiting too long for me to wrap it up. So, let’s talk about the beginnings of the airline we all know now as Alaska Airlines.

The company that eventually became Alaska Air was founded in 1932 by Linious “Mac” McGee, a veteran of several failed business ventures who had traveled to Alaska in 1929 and set himself up as a fur buyer. In 1931, McGee and a pilot friend, Harvey W. Barnhill, purchased a used three-passenger Stinson prop plane in San Francisco and shipped it to Alaska for use on McGee’s fur-buying forays. By January 1932, “Barnhill & McGee Airways” were offering charter flights in advertisements in the Anchorage daily newspaper.

In 1934 McGee merged his struggling airline with another Anchorage airline, Star Air Service, which had a fleet of eight planes. This company had gotten its start in April 1932 when two aviators from Seattle, Steven E. Mills and Jack Waterworth who were backed by a friend who put up the money, arrived in Anchorage with a Deluxe Fleet B-5 two-seater plane and set up shop as flight instructors. With a combined fleet of 15 planes Star was now Alaska’s dominant airline but the business, beset by high repair costs to its fragile wood and fabric planes, continued to struggle throughout the mid-1930s.

The era of high-risk Alaska bush flying began to wind down in the late 1930s when Star Air Service started de-emphasizing charter flights in favor of more regularly scheduled service. In 1937, in an effort to stabilize its finances, the company was incorporated as Star Air Lines. The following year Congress passed a bill creating the Civil Aeronautics Authority to regulate the growing commercial airline industry.

In preparation for the advent of governmental regulation Star began paying pilots a salary rather than allowing them to compete for commissions, painted its 15 planes a uniform orange with a black logo, and tried to stick to semi-regular schedules for its flights. In 1940 the Civil Aeronautics Board (CAB) held hearings in Anchorage. As a result of these Star was awarded temporary certificates in 1942 for most of the routes it desired including many flights from Anchorage to other points. However, the airline’s petition for the crucial route between Seattle and Anchorage was denied in favor of politically well-connected Pan Am.

In 1941, the financially vulnerable Star was purchased by New York businessman Raymond Willett Marshall, who had interests in other transportation companies and saw that ownership of Star could be profitable for him. The following year, vice-president and board member Homer Robinson arranged to enlarge Star by purchasing three other Alaska airlines as well as a hangar at the Anchorage air field. In light of these additions, the company’s name was changed to Alaska Star Airlines in mid-1942, and then, in 1943, to Alaska Airlines, Inc.

The most significant change to the airline during this time, however, came after America’s entry into World War II in December 1941; the war resulted in a severe shortage of pilots. Nevertheless, the airline purchased its first multiengine plane, a Lockheed Lodestar, in 1943. In that same year, the company’s stock was first traded on the American Stock Exchange.

In 1945, with the war winding to a close, the airline hired its first stewardesses. With the arrival of James A. Wooten as president, in 1947, Alaska Airlines began a rapid postwar expansion. Wooten’s professional background was in air freight, and his strategy was to buy up surplus planes, engines, and parts from the government which was selling off vast amounts of equipment left over from the war. The airline’s fleet increased dramatically, and to keep the planes busy, Alaska Air expanded its charter business. The federal government had liberalized the airline industry, and Alaska Airlines planes began flying everywhere hauling almost anything including live cattle. The company flew rice to Chiang Kai-shek’s troops under siege by Mao Tse-tung’s Communist forces in China and brought back Chinese laborers to work in Canada. Alaska Airlines planes flew Jewish refugees to Israel and 11 loads of German war brides to America. During the Berlin airlift the company made 87 flights into Germany. All of this helped Alaska Airlines to become the world’s largest charter airline by 1948.

Closer to home, in the late 1940s the airline added popular charter flights from Anchorage to Honolulu and also began regular, though technically “nonscheduled,” flights that originated in Chicago and passed through Seattle on their way to Alaska. The frantic pace of charter flights mandated by Wooten put Alaska Air into the black and finally the airline outgrew its facilities in Alaska moving its base of operations to Paine Field in Everett, Washington, and made Anchorage a branch office.

However, the lax state of federal regulations that had made this flourishing activity possible was coming to an end. In 1949, the CAB shut down Alaska Airlines entirely for a short period for safety violations and levied heavy fines. Subsequently, the airline was completely prohibited from engaging in its worldwide charter business and allowed just eight trips a year between Alaska and the continental United States. Wooten left his post as president shortly thereafter, and the airline’s second era of high-flying adventure came to a close.

With its sphere of activity restricted to Alaska the company turned its attention to consolidation of its standing within the state buying two smaller airlines, Al Jones Airways and Collins Air Service, in 1950. Throughout his tenure as owner of Alaska Air Raymond Marshall had run the company with an eye to his own financial gain rather than the long-term welfare of the airline itself. In 1951, with continued financial improprieties crippling the company’s operations, the CAB forced Marshall out of day-to-day control over the airline by compelling him to place his stock in a five-year voting trust. In that year as well the CAB granted Alaska Air a temporary certificate for a route outside Alaska, the long-coveted Seattle-Alaska run.

In 1952, Nelson David a CAB-appointed president, took over, and a period of rebuilding financial and operational stability within the airline ensued. By 1957, the airline was in functional shape and David and his cohorts departed to make way for the arrival of Charles F. Willis, Jr., a decorated World War II pilot, who took over as president and chief executive officer by purchasing most of Marshall’s stock in the company.

Under Willis’s direction, Alaska Airlines began to make up in personality what it lacked in capital. The company became the first to show movies on planes in the late 1950s, and with the inauguration of service on its first pressurized plane, a DC-6 that allowed pilots to fly above rough weather rather than through or around it, Alaska Air introduced “Golden Nugget” service, which included an on-board honky-tonk saloon with a piano.

In 1960, the company was allowed to shuck its cumbersome bush routes to tiny towns in the interior of Alaska and the following year the airline entered the jet age with the purchase of a Convair 880. Locked in tough competition with Pan Am, Northwest, and another regional carrier, Pacific Northern, Alaska Air turned to cheap and imaginative gimmicks to try to set itself apart from the competition throughout the 1960s. In addition to the “Golden Nugget” promotion, the company offered safety instructions read in rhyme, fashion shows in the aisles of the planes, and bingo games en route. The airline also worked to promote tourism within Alaska, organizing charters from the continental United States to the frozen north.

In 1964, the company was finally given a permanent certificate from the CAB for its most important routewhich was the nonstop flight from Seattle to Anchorage. During this time Alaska Air also added two important new planes to its fleet. The Lockheed Hercules, a massive cargo plane, which it used to fly oil-drilling equipment to Alaska’s North Slope and in the early 1970s to South America; in addition, the Boeing 727 was added and this would become the company’s signature passenger aircraft.

In 1967, as Alaska celebrated its centennial, the company adopted a “Gay Nineties” promotional theme with stewardesses dressed in Edwardian garb. In the same year, the airline expanded its coverage of Alaska to include exclusive service to the Southeast corner of the state with the opening of an airport in Sitka, Alaska. This led to the acquisition, in the following year, of two smaller airlines: Alaska Coastal Ellis and Cordova Airlines. The “Gay Nineties” theme gave way in 1970 to “Golden Samovar” service, complete with Cossack costumes and beverages served from giant Russian samovars, in recognition of the company’s introduction of charter service to Siberia. After many years of diplomatic wrangling, the airline was able to win permission for more than two dozen flights in 1970, 1971, and 1972.

Despite all of the promotional fanfare, surronding service to the Soviet Union, the airline as a whole was in difficult straits. Throughout the first two years of the 1970s company cargo planes sat idle, sapping revenues, as work on the Alaska pipeline was held up. A further blow came on September 4, 1971 when an Alaska Air jet crashed on landing in Juneau with a loss of 111 lives. It was the worst single-plane domestic air disaster to date. Financially, despite the CAB’s award of exclusive rights to serve Southeast Alaska, the airline was struggling badly. Finally the president, and chief executive officer, Willis was deposed in 1972 by the airline’s board and replaced by Ronald F. Cosgrave, a board member who had gotten his start in business providing Alaskans with mobile homes.

An interesting beginning for what is now one of the most profitable airlines in the US. Next week we will wrap up our story—I have a few photos for you at the end of the blog— and until then I wish you and yours a good weekend. 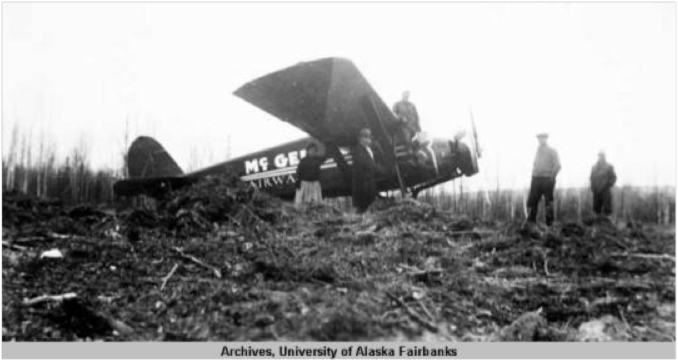 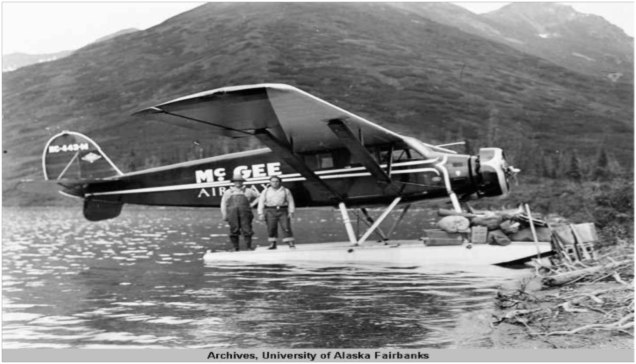 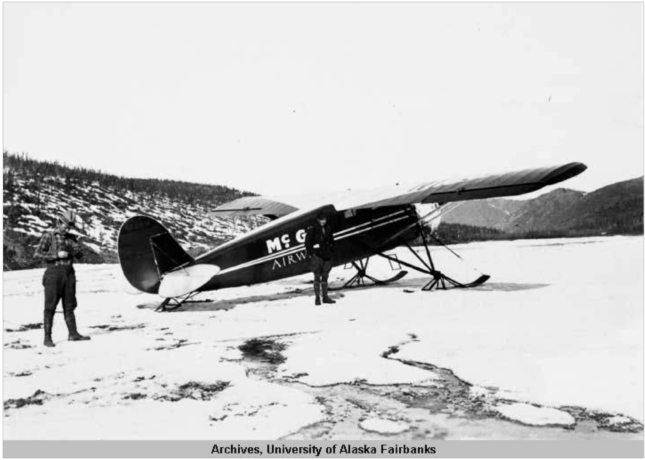 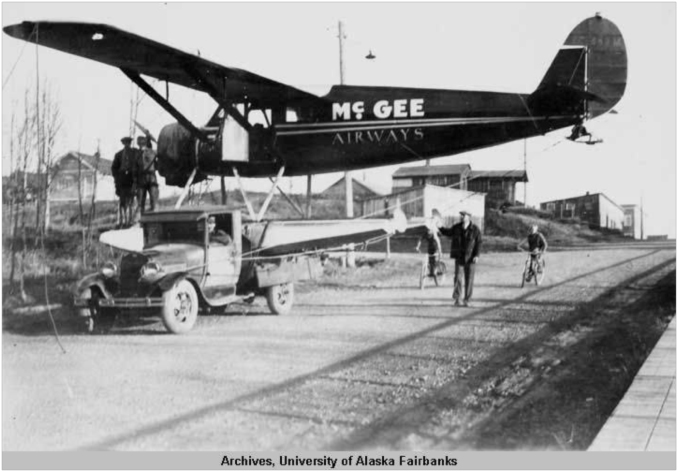 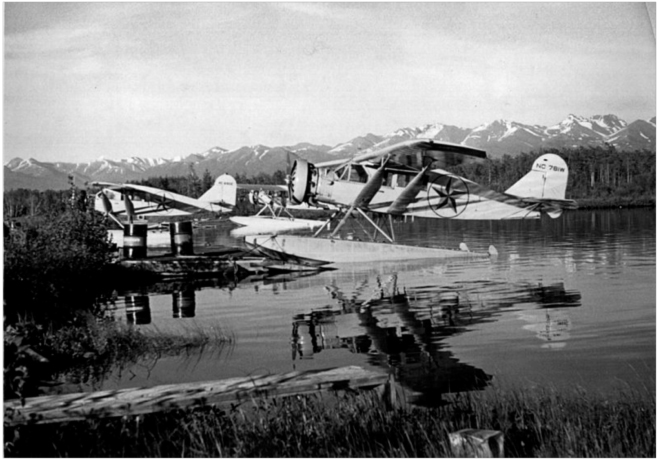 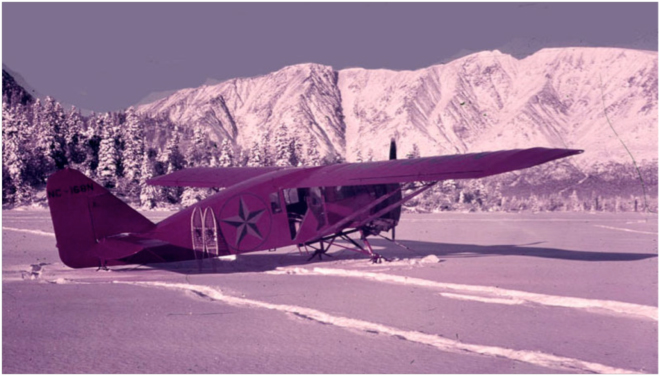