The American Engineer/Aviator Who Worked on the Hindenburg - July 30, 2021

First There Was Panagra – Then Braniff, Eastern, and American – August 6, 2021

The American Engineer/Aviator Who Worked on the Hindenburg – July 30, 2021 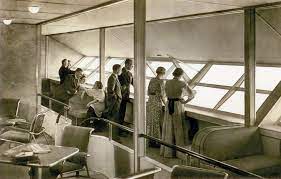 Welcome back, it is Friday and thanks for stopping by the 3DB to check out this weeks blog article. I hope the week was not too taxing on your spirit and you are ready to enjoy a little time with friends and family. This week I have a different kind of story. Yes, it is aviation oriented but it is actually much more than that if you read between the lines.

The Golden Age of the Great Passenger Airships

Mr. Hal Dick graduated from MIT in 1928 and went to work for the Goodyear Tire and Rubber company in 1929; however, he was soon transferred to the Good year-Zeppelin Division, a subsidiary established in the early 1920s by Goodyear’s President Mr. PW Litchfield who had bought the airship patents from Zeppelin on the design of their early airships in the early 1920’s, where he worked with the German engineer brought to the US by Mr. Litchfield and 13 German design engineers who were hired to support the program. All of the information used in this article I found online. The best place to start looking, if you would like more information, is at the Wichita Sate University Library. There are more bits and pieces out there as well and you can find Mr. Dick’s book, “The Golden Age of the Passenger Airships,” for sale online at Amazon.

Hal Dick’s story is unique and to wrap it up I have included a link to an article I found at the Saturday Evening Post detailing the events of the last flight of the Hindenburg, which I think you will enjoy.