So, what is this weeks blog about? Interesting you should ask because I want to talk about two legends and airplanes. Good combination don’t you think? The legends are Charles F Blair Jr. and Maureen O’Hara with the airplane types being P-51s, supersonic fighters, long rang bombers, and sea planes. So, let’s move ahead with what I believe to be a real slice of aviation history.

Charles F Blair Jr. was an aviator from birth to death. There was never a challenge he would not meet, and he never met an airplane he didn’t like. He was born in 1909, received his pilot’s license in 1928, received his Naval Aviator wings in 1932, began flying for United in 1933, and became the Chief Pilot for American Export Airlines, which became American Overseas Airlines and was bought by Pan AM in 1950, and he retired from Pan Am in the late 60s.

Interesting fact about American Overseas Airlines. This was an American Airlines venture which did not work out for American and of course Pan Am, being the chosen International Carrier for the US, was happy to eliminate the competition with a structured buy out from American. OK, more about Charlie which is what Maureen O’Hara called him.

A few points of interest from his Biography on the web;

1. During World War II, Captain Blair flew for both NATS (Naval Air Transport) and the Air Transport Command. He also flew as production test pilot for the Grumman Aircraft Company testing the F6F, F7F and the F8F Navy fighters, and he flew the original Martin Mars flying boat as consulting test pilot. In 1943, he proposed and flew the first North Atlantic winter airline operations flight nonstop between the United States and the British Isles, again in a VS-44. In 1944 he was pilot in command of the five fastest seaplane crossings of the Atlantic on five consecutive trips. His best time: 14 hours and 17 minutes.

2. After the war, Captain Blair commanded the early proving and the first scheduled flights of Lockheed Constellations and Boeing Stratocruisers on the transatlantic routes of American Overseas Airlines. In his spare time, he owned and operated Associated Air Transport, Inc., a small non-scheduled airline flying between New York and Europe, the Middle East and South America. Most of the flights were made in a single, personally owned “long-range” C-46. After 16 million uneventful” passenger miles, the company was sold.

3. On January 31, 1951, Captain Blair flew his Mustang – which he had named “Excalibur III’ non-stop from “New York to London’s Heathrow Airport. One objective of the flight was to test the effects of the then-relatively unknown high-altitude phenomenon called the “jet stream.” Captain Blair encountered the high-velocity westerly winds at 37,000 feet precisely as he had planned, and the resulting tail wind, in his words, “blew me to London.” He covered the 3,478 statute miles at an average speed of 446 miles an hour. His elapsed time of seven hours and 48 minutes set a record for a transatlantic crossing by a piston engine plane that still stands.

4. Four months later, on May 29, Captain Blair took off in this same Mustang from Bardutoss, Norway and headed for Fairbanks, Alaska. It was the first solo flight over the Arctic and the North Pole, and the first by a single-engine aircraft. On this 3,260 mile nonstop flight, which took ten hours and 27 minutes, he proved the accuracy and practicability of a system of navigation that he had developed for flying in Polar Regions.

5. These achievements did not go unrecognized. At a White House ceremony the following year, Captain Blair received the coveted Harmon International Aviation Award as “the world’s outstanding aviator” from President Harry S. Truman. He was also awarded the Gold Medal of the Norwegian Aero Club, only the 16th time in 43 years anyone had been so honored. “Excalibur III” the scarlet P-51 in which he had made his historic flights, is on permanent display at the National Air and Space Museum in Washington, D.C. (see photo at the top of the page)

6.     Brigadier General U.S. Air force, an author – he wrote “Red Ball in the Sky” –  a pilot with the first squadron of jets to fly over the North Pole, married to Maureen O’Hara, and he is buried in Arlington National Cemetery, Section 2, grave 4966.

To view the complete article used for this please click HERE.

Now, let’s talk about Charlie’s retirement project. It would seem that at age 59 most people don’t think about starting over but Charlie did. In 1968 he married Maureen O’Hara, she retired and left Hollywood, and they began a seaplane operation in St. Croix. (If you don’t know who Maureen O’Hara is click HERE.) The name of the operation was Antilles Air Boats.

In 1964, General Charles Blair, foreseeing the potential for passenger traffic in the Caribbean, invested in a Navy surplus Goose and founded Antilles Airboats.

By 1977, they had a fleet of 23 amphibious aircraft, and were offering 120 flights per day to destinations throughout the Caribbean, and carrying more than 250,000 passengers a year. While billed as the largest seaplane airline, Antilles was also known as the street car line of the Virgin Islands. Charlie Blair was killed on September 2, 1978, while piloting a Grumman Goose from St. Croix to St.Thomas. His plane developed engine trouble, crashed and he was killed instantly. After his death his wife became the first female C.E.O. of an airline.

In the spring of 1979, a newspaper reporter asked legendary screen actress Maureen O’Hara if she missed acting. “I’m too busy. I work from six in the morning to 10 at night. You can’t miss anything when you’re that busy,” replied O’Hara in her customary straightforward manner.

At that time O’Hara had been running Antilles Air Boats for six months, following the death of her husband Charles Blair famed aviator and founder of the St Croix, US Virgin Islands-based seaplane operation.

Known as “The Streetcar Line of the Virgin Islands” because of its ultra-convenient downtown-to-downtown seaplane service between St Croix and St Thomas, Antilles Air Boats billed itself as the largest seaplane operator in the world and, by the time O’Hara took its helm, boasted a fleet of 25 aircraft.

Still grieving for the man whom she would later write made her “happier than anyone or anything ever had”, O’Hara was determined to keep Antilles Air Boats going strong. “Hopefully, we’ll get bigger,” she told the reporter, whose article ran on 29 April 1979 in Ohio’s Blade Toledo. “We’d like to go into St Marten and we’ve been invited to fly into Antigua.”

She continued to run Antilles Airboats until 1989, when the fleet was lost to Hurricane Hugo. The lack of proper aircraft available forced the closure of this territorial airline. Charlie Blair is buried in Arlington Cemetery and Maureen O’Hara lives in Ireland.

Now, a few photos for your viewing pleasure: 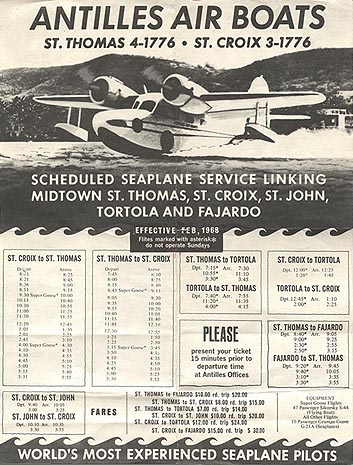 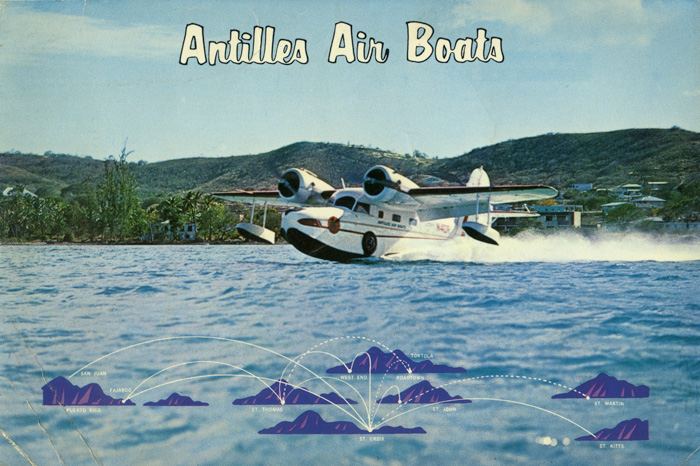 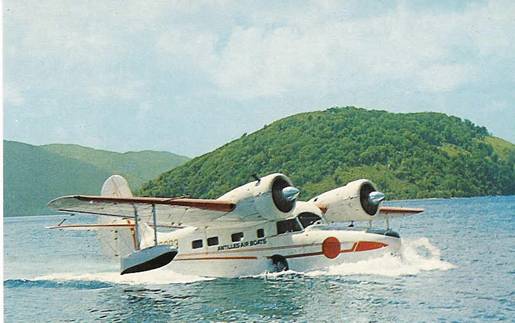 Have a good weekend, enjoy time with family and and friends, and I hope to see you back next week when we will again talk about…………