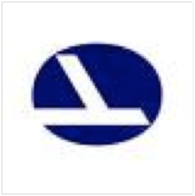 Eastern Airlines during the Jet Age

The Jet Age is defined as the time right after World War II when the major airline shifted away from using traditional planes to investing in the newest technology of the day. Jet powered aircraft, or “Jets” as the industry called them. These powerful, turbine-engine planes were capable of handling longer routes and for carrying more passengers than the older planes. These planes could make transcontinental and intercontinental flights more easily and efficiently, and as demand for air travel increased right after World War II, Eastern set itself apart from the competition by introducing a new serviced known as the “Air Shuttle”.

The Air Shuttle concept was designed to offer shorter flights on the hour much like a bus shuttle. All passengers flying on the Eastern Shuttle were guaranteed a seat without having to make a reservation in advance and passengers could simply board the plane when it arrived at the terminal, even before having to pay for their ticket—interesting concept especially for the 1960s.

The Air Shuttle concept was officially introduced in 1961 and was extremely successful after its launch. Eastern launched this special shuttle service with propeller planes including Lockheed Constellations and Electras. By 1967, the airline had introduced a whole lineup of jets and by 1978 shuttle service was comprised entirely of jets.

Later, the fleet included the Airbus A300, Lockheed L-1011 and the Boeing 727. Eastern Air Shuttle also sold some of its landing rights to Trump Airlines so that they could run the Trump Shuttle. When US Airways bought Trump Airlines, it renamed it the US Airways Shuttle.

Eastern Airlines became famous for its “Wings of Man” advertising campaign, created by advertising agency Young & Rubicam. The campaign was later replaced by the “We Have to Earn Our Wings Every Day”, by the order of the new president Frank Borman.

Eastern Airlines continued to grow and opened up international routes to new areas, including Nassau, Bahamas and Santo Domingo. Expansion to Puerto Rico also takes place during this time.