Happy Friday and Good Morning—I hope everyone had a productive week, perhaps enjoyed some time off, and maybe even managed some time with friends and family which is what I call “Life After Aviation.”

I want to talk about Boeing again this week and go back to the first pressurized airliner ever built. The model designation was the 307 but before we talk about this airplane let’s talk about the airplane that made this plane possible – the B-17 and the race to provide the airlines, and the US Government, with a high altitude presssurized platform.

Boeing, Curtiss, and Douglas responded with designs for a high altitude pressurized airplane; however first in the air was the Abrams Explorer, built by a private US company, which was designed as a photo-mapping airplane. The Explorer first flew in 1937 but was put on hold as a result of WWII. The Explorer now resides in the National Air & Space Museum collection in Washington D.C., but a you can see this wasn’t exactly what Boeing, and others, had in mind when they began their design programs.

Boeing was first to the table with a useable product for the airlines. Wellwood Beall, famed 314 Clipper flying boat designer, led a talented team that in December 1935 began development of the 307 as an airliner derivative of the model Flying Fortress, but before the Stratoliner took to the air a confident Boeing designed a huge pressurized two-deck flying boat in response to a 1937 PAA requirement for a flying ocean liner capable of crossing the Atlantic non-stop.

Boeing’s model 326 was headline news on June 22, 1938, its announcement coming just 15 days after the 314 Clipper flew. However, Boeing built none of the model 326s, nor were any of the competing designs ever built but all of the designs were for double-deck, pressurized clippers, that were capable of non-stop crossings and all but one employed six engines for the job. 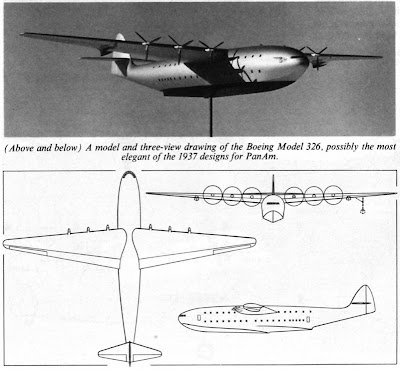 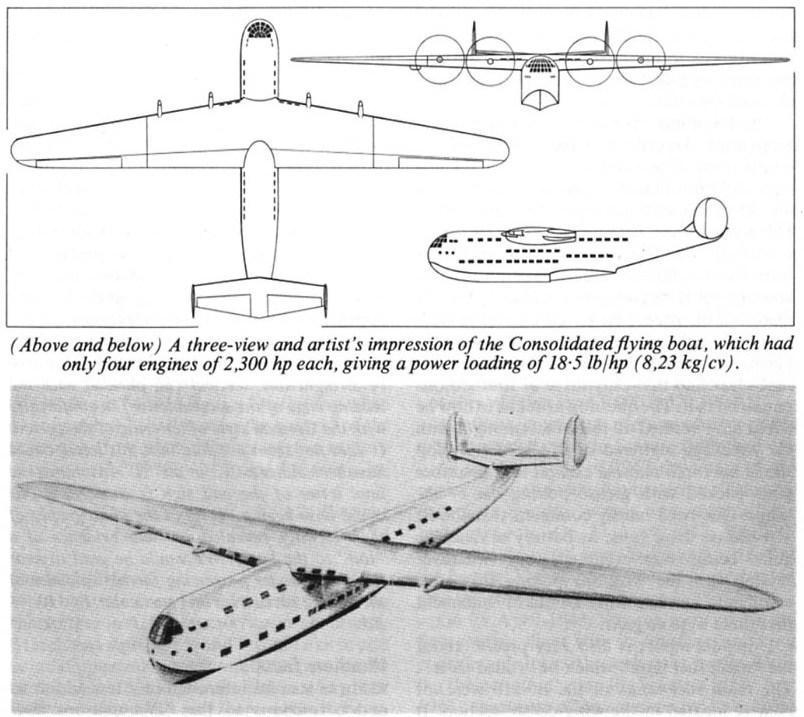 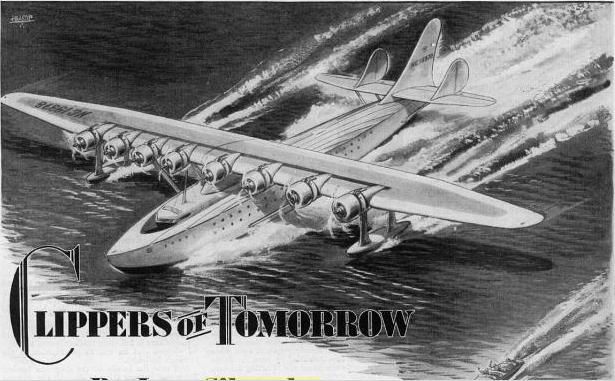 Initially the 307 design was based on the model Flying Fortress with the wings (over three feet wider), tail, and landing gear joined to a new circular section pressurized fuselage. Production aircraft had wing slots, a dorsal fin, and a large vertical fin.

PAA’s Flying Cloud flew the first operational pressurized service from Miami, Florida, to Latin America beginning on July 4, 1940. The Stratoliner offered unmatched comfort, speed and range advantages over its Douglas DC-3 and Lockheed Electra twin-engine competitors. A wide body airliner, its fuselage was more than three feet wider than the DC-3, and featured a luxurious 33-passenger cabin which was pressurized, air conditioned, and heated. Passenger compartments had optional sleeping berths with windows, or ample-size individual reclining sleeper seats, and men’s and women’s lavatories with skylights.

During World War II, TWA’s 307’s were taken into AAF service as the camouflaged C-75. PAA aircraft were retained by the airline with their crews flying under charter for the AAF Air Transport Command. All eight aircraft survived their wartime service.

Postwar Stratoliner airline service began in late 1945 when TWA resumed coast-to-coast flights with its upgraded SA-307B-1 aircraft, and PAA flew the New York City to Bermuda route. PAA Stratoliner service ended in 1948 when its three aircraft were sold, and TWA flew its five SA-307B-1’s until 1951 after which they were sold off.

This article would not be complete unless we talked about the Stratoliner built for Howard Hughes which he named the “Flying Penthouse.” 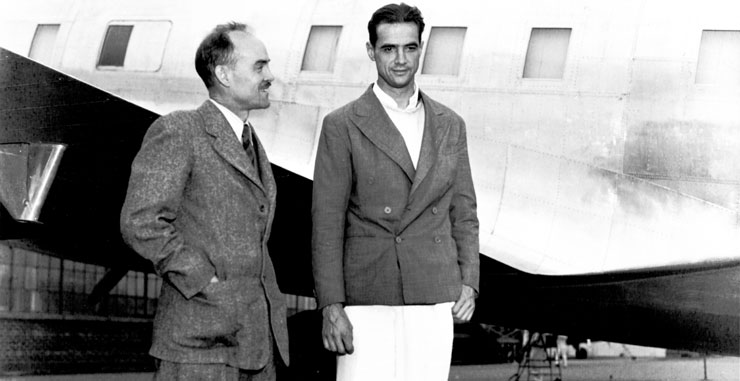 A special model SB-307B for Howard Hughes was built with more powerful engines and extra fuel tanks for an around-the-world flight that was cancelled due to the start of World War II. The flight was never made. The Stratoliner was fitted with a luxury interior, including a bedroom, but saw little use by Hughes and was sold to oil-baron Glenn McCarthy in 1949; however, the most unique turn in events for the Hughes Stratoliner was when it was converted into a charter boat. Click on the photo below for the complete story.

That’s all for this week and I hope you enjoyed this look back. Enjoy the video below, and hopefully events will allow you to have some more time with family and friends. Take care/fly safe, and always stay focused on the phrase “Gatekeeper of the Third Dimension.”