It’s Friday again and I am going to wrap up the series on the airplanes that made commercial aviation possible. Last time we were talking about the Clippers and this week we move into the jet age. As always I would like all aviators to connect with their roots and one of the ways they can do that is by using the “Third Dimension Blog” as a resource.

“After about 30 minutes I puked all over my airplane. I said to my self, “Man, you made a big mistake.”—Charles ‘Chuck’ Yeager regards his first flight

Before we begin with the 707, let’s look again at where we have come from in this series. The Boeing-247 set the stage for air travel as we know it and the DC-3 took it to the next level. Transcontinental flights were now a daily occurrence, more and more communities were being added and served on a daily basis, and operational safety was improving. The Clippers opened up the door for international travel and blazed a trail for other international carriers to follow and then as piston engine design hit its limit World War 2 provided new technology. Now, forward in to the jet age and the Boeing-707.

The Boeing 707 was to become the first turbine-engine powered airliner in the United States. The basic design was derived from the Boeing 377 Stratocruiser as the B-47 bomber. So pure was the design of the Boeing 707 that it has served as the basis for all future Boeing transports to the current day as well as those of its rivals. By the time production finally ended in 1991 there had been 1,010 aircraft built for passenger, freight, and military operations.

The 707 had seating for approximately four times as many passengers as its closest rival, the British de Havilland Comet, as well as a higher maximum speed. These basic points, combined with a structural problem of the British aircraft that led to a number of well publicized accidents, helped establish the 707 in World-Wide service. The British returned to the skies in 1958 with the Comet-4 and were the first to open a transatlantic passenger jet service. However, Pan Am inaugurated the first round-the-world jet passenger service on October of 1959.

The first commercial 707s, labeled the 707-120 series, had a larger cabin and other improvements compared to the prototype. Powered by early Pratt & Whitney turbojet engines, these initial 707s had range capability that was barely sufficient for the Atlantic Ocean. A number of variants were developed for special use, including shorter-bodied airplanes and the 720 series, which was lighter and faster with better runway performance.

Boeing quickly developed the larger 707-320 Intercontinental series with a longer fuselage, bigger wing and higher-powered engines. With these improvements, which allowed increased fuel capacity from 15,000 gallons to more than 23,000 gallons, the 707 had truly intercontinental range of over 4,000 miles. Early in the 1960s, the Pratt & Whitney JT3D turbofan engines were fitted to provide lower fuel consumption reduce noise and further increase range to about 6,000 miles.

There is a lot of information on the 707 readily available on the web and a good start point is the Boeing web site, http://www.boeing.com/commercial/707family/index.html, where I have spent many hours researching different airplanes.

Next week we start a new series on the Deregulation Act of 1978—bureaucracy at its best. So, until then take some time to look back, connect with your past and remember as an aviator you are a “Gatekeeper of the Third Dimension”.

P.S. Below are a couple photos of the Boeing 707 chosen from open sources on the web. 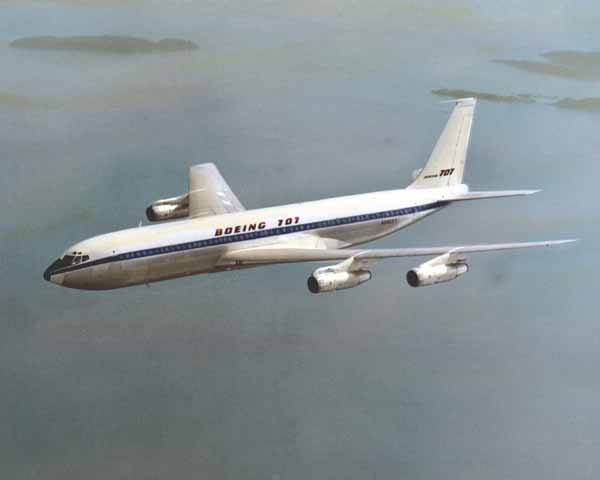 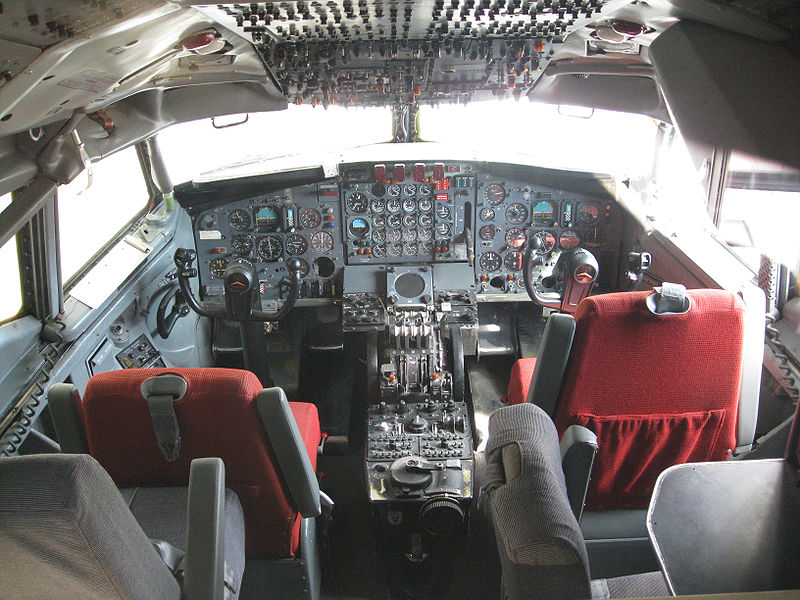