Good Morning and Happy Friday—-Here is Part Two of Mateo’s story and if you don’t quite remember all of Part One then click here—Help—to refresh your memory. 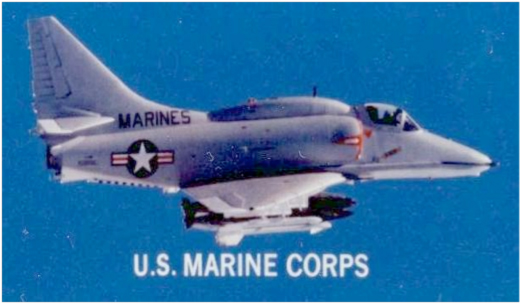 Tower Air is a New York based carrier that primarily competed with EL AL, the Israeli airline, on routes in to Europe and Israel. They had their own terminal at JFK and they were expanding service to Los Angeles, Las Vegas, and San Juan Puerto Rico. I think Mateo told me that they only operated the 747 — I could be wrong — but I knew for sure there had to be a New York connection in there somewhere. So, I asked Mateo to share with me the connection that got him the interview. “I can’t tell you that but what I will do is introduce you to the guy over in the corner and later I may share a little more with you about Tower Air. “OK,” I said, “But remember that I need your Southern Air connection because I would like to have an opportunity to fly the 707 and for sure I would like to be part of a 747 operation if you think Tower Air would consider hiring an unattached Lear pilot from South Florida who wants to continue to live in South Florida.”

As we moved from the bar to the table where Mateo’s friend was sitting, I noticed that this gentleman was on the phone. I asked Mateo if we should wait and he said, “He is always on the phone; no problem.” So, Mateo took a seat, signaled me to take a seat, and then said, “Bonzo this is Bob and he wants to know your life story.”

“Like hell he does,” Bonzo responded as he looked me over— “How goes it Mateo and how is flying in Central America?” Mateo shrugged his shoulders and responded by saying, “What’s up with you old timer?” Bonzo looked at me, extended his hand, and said, “Who are you?” I replied, “I am just a lonely Lear pilot looking for a better job, flying a bigger airplane for more money.” Bonzo stared at me for a minute and then said, “Have you ever flown a C-123?” “No,” I answered. Bonzo immediately shifted his focus back to Mateo and asked him the same question and received the same answer. 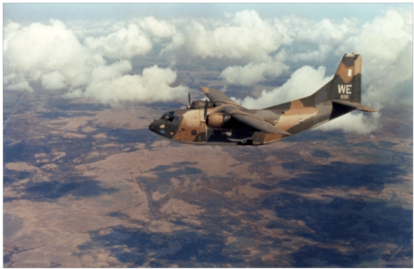 Bonzo then shared with us that he had to pick up an airplane, I assume it was a C-123, in Arizona and take it south. However, he had told his contact that he had in fact flown this type of aircraft but the reality was that he had never even been inside one. Bonzo then paused for a moment and said, “JJ— I am going to call JJ and get him to go with me. If he can get the engines started, and I suspect he can considering he is one of the best damn Flight Engineers to ever retire from the Air Force, I can fly it. OK, I am going to call JJ so you guys need to give me a little privacy.“

That was obviously Mateo’s cue to get me and leave. We did. I left maybe 15 minutes later, and I never saw Bonzo again. I would ask Mateo, from time to time, if his friend Bonzo was still making deals to fly airplanes he had never flown before and he would always shrug his shoulders and say, “I don’t know and I don’t want to know. Next question please.”

Mateo went to fly with Tower, continued to live on Miami Beach, and we continued to run in to one another from time to time. Mateo did in fact pull some strings and got me an interview with Southern Air but I ended up working for a company in the panhandle of Florida before Southern called me with a class date for initial training. Now you would think that this would be the end of my story, but it is not. The next time I saw Mateo, about a year or so after moving to the panhandle of Florida, I was in Brussels, Belgium at the Sheraton and guess who was checking in at the same time I was checking in?

Mateo and I had dinner that night and he brought me up to date on his life. Turns out Mateo had stayed with Tower for a year or so, upgraded to Captain, and then started shopping around for something better. Tower had been a good experience for him, he had flown a lot, and built up a lot of time in the 747 as well but Tower was not an up and coming airline and he wasn’t going to wait for the doors to close before he started shopping for his next job.

Mateo had become good friends with a German pilot at St. Lucia who was now flying for Cargolux. His friend had married a young lady from Luxembourg, received his citizenship, and a family friend of his wife got him the job at Cargolux. Now he was ready to pull Mateo across and Mateo was ready for a change.

In Luxembourg they speak German, French, English, and Luxembougish. Mateo was at home speaking all of the languages except Luxembourgish, which he was studying, had the necessary experience in the 747, and was ready to leave his Miami Beach apartment behind which meant there must have been a considerable pay increase involved.

Mateo had already had the first interview and was returning for the final review of his qualifications, to meet the President and a few other required officials, and get the hand shake. I wished him well, even though I knew it was a done deal, and told him to let me know how things turn out.

It was about six months later, when I was in Miami on vacation, that I ran across a mutual friend of ours in my favorite Oyster Bar. He advised that Mateo was living in Luxembourg, flying as a first officer on the Boeing-747-400 for Cargolux, and loving life in the cold country. I tried to contact him by email but I never received a response. I assume that he has found a new home and he is not going to get me an interview. 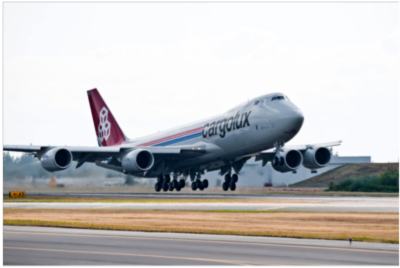 My best to you Mateo, and hopefully one day when you revisit your old stomping grounds around Miami Beach you will stop by and buy me a beer. By the way, I am working on my French and my Spanish is getting pretty good so if you have connections in France, Spain, or South America let me know.

Remember—If you are looking for a better job, flying bigger airplanes, and making more money, and If you are ready for a change, then strike up a conversation at your local watering hole with the person a few stools down. You may be surprised where it takes you.

Have a good weekend, take care, and remember—“G”—.