United Airlines during the Jet Age

The Jet Age is the time period right after World War II when major airlines began introducing high-powered, turbine engine planes into their fleet. These planes were capable of flying much faster, higher and farther than piston-powered aircraft and could easily make transcontinental and intercontinental flights with few delays. Still, United Airlines entered the Jet Age much later than other airlines. This was because United was an early customer of the Douglas DC-8 which was released several months after the Boeing 707 that was adopted by many other major airlines.

Still, United maintained many of its early routes operating in and around the West Coast, Midwest and Mid-Atlantic States. It also managed several transcontinental flights through Denver, Colorado. Denver continues to be of United’s major hubs t this day.

United Airlines continued to grow and expand, and would continue competing with other major airlines through the Jet Age. In 1951, the airline ordered 30 twin-engine Convair-Liner 340s for $16.5 million and later increased its order to 55. It was soon operating DC-4 Mainliners that would be able to fly coast-to-coast in just 14 hours.

In 1953, United Airlines, and RCA, developed airborne radar for weather mapping. In October 25, 1955, United placed its first order for the Douglas DC-8s jet aircraft for a total of $17 million. 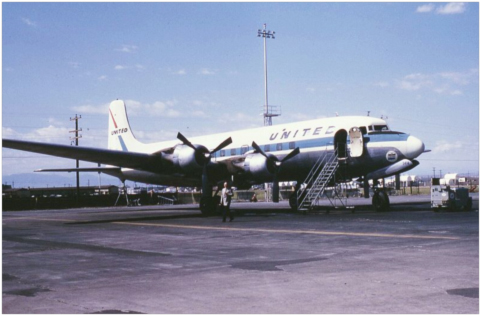 Another catastrophic incident took place on November 1, 1955. United Airlines Flight 629 was flying from Stapleton Airport in Denver to Portland, Oregon but exploded en route from a bomb that was planted on the plane, killing everyone on board. This tragic event was not a mystery. A man named Jack Graham was found guilty of bombing the plane and was executed a year after the incident.

In June 1961, the airline merged with Capital Airlines to create what was then the world’s largest airline. It then moved its headquarters from Chicago’s Midway Airport to Chicago O’Hare Airport.

As the airline continued to grow and expand, it developed a strong brand presence and began running some fresh and new advertising campaigns. By December 1964, the airline became the first domestic carrier to have a fully automatic, all-weather landing system. This improved operations significantly and set the airline apart from the competition. In October 1965, the airline launched the famous “Fly the Friendly Skies’ advertising campaign. 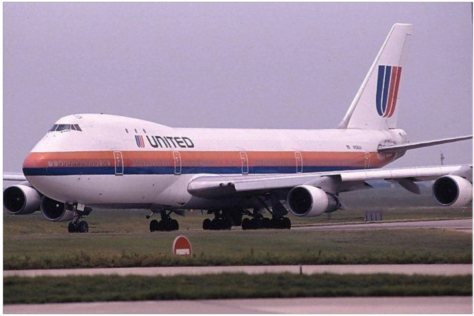 Until next week please take care and fly safe.