Good Morning—I want to begin the story on Alaska, Bush Pilots, Volcanic ash, and Alaska Airlines but the first thing I would like to do is recommend a book to everyone. The book, written by James Michener, is titled “ALASKA.” I have read most of what he has written and recommend his writing to everyone. His books work well on a long lay-over because he will normally write five to seven hundred pages on the subject as he blends together all elements of his story through multiple plots. Michener’s work is considered fiction; however, he documents historical events very accurately while developing a story line around his fictional characters. Now that I have plugged one of my favorite authors let’s move ahead with a few facts about the bush planes of Alaska as well as a little history, and commentary.

Pictured above is the DHC-3 by Dehavilland and is considered by most to be one of the best bush planes ever made. The Otter first flew in 1951and was a larger version of Dehavilland’s DHC-2 Beaver. I have never flown the DHC-2/3 but I have flown the Twin Otter which is known as the DHC-6. Great airplane with a lot of capability and well balanced on the controls. I once considered going to fly a Twin Otter in the Maldives but the family budget would not allow me to put my career on hold. But for those of you who have some flexibility in their life ,and budget, check out his link “Twin Otter on Floats”.  This will give you a good feel for the Otter on floats as well as this link, “Pilots Blog”, will give you and overview of life as a pilot in the Maldives. 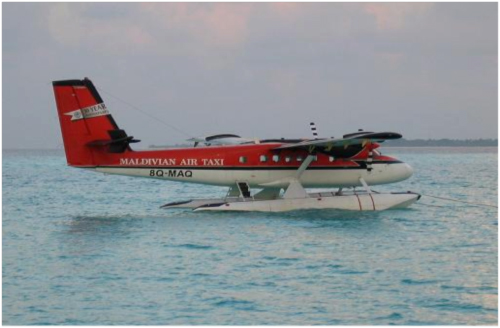 Now, let’s talk a little about the history of Alaska and why I think Russia started the Cold War. The United States acquired Alaska in 1867, from Russia, for seven point two million dollars or around two cents an acre—I don’t think the Russians have forgiven us for this and this is why I said it was the foundation of the Cold War—the 1917 revolution was how the Russian people showed their displeasure over losing Alaska, as well as a few other things, and then Stalin took advantage of the opportunity to further his agenda. The deal, brought to fruition by Secretary of State William Henry Seward, to buy Alaska was referred to as Seward’s Icebox; however, then they found gold, and oil, the Secretary of State’s decision was viewed differently.

Alaska represents the true spirit of America—Rugged individualism, personal independence, and the free spirit. While it can be said that we Americans have fallen under the control of Corporate America, as obedient consumers, I believe that we as a society are waking up and will soon turn back the clock on Corporate America, and big government, and revert back to the principals that made us successful as a country and a society—-Independent thinking and personal actions based on honesty, integrity, and the entrepreneurial spirit. OK, I am getting down from my soap box but I had to say it—now back to talking aviation in Alaska.

The story of aviation in Alaska runs parallel to the accomplishments of the Air Mail Service Pilots, in the lower forty eight, and their accomplishments. As we all know, it was this select group of Aviators that paved the way for commercial aviation not only in the US but in other parts of the world as well; however, the breed of aviators called bush pilots are still dealing with aviation hazards that we in the lower forty eight have long forgot about and are still paving the way for future aviators everywhere. I recently sent an email to a friend who has extensive experience flying in Alaska but he has not responded yet—Paul if you are reading this answer my email or call—so to give you a feel for the environment in Alaska, while I continue to work on my research and wait for Paul to call, I have a video for you that will give you a taste of “Life of a Bush Pilot.”

Next week we are going to talk about the task of flying around volcanic ash as well as more about bush flying. Volcanic eruptions create special hazards for Aviators but Alaska Airlines, the smaller regional airlines, and bush pilots have learned to deal with the problem successfully and we need to talk about how Alaskan Airlines developed a system to manage this task and keep the airline on schedule.

Below is a photo from an Alaska Air Pilot showing an eruption of Mount Redoubt in 2009, which must have been an impressive sight for crew and passengers, but as a sidebar to the picture I want to remind you of what is the most dramatic encounter with an ash cloud ever recorded—the story of the British Airways 747 that lost all four engines flying over Mount Krakatoa at night. The crew was level at FL370 when they lost all four engines after encountering volcanic ash and they were not able to restart an engine until roughly five thousand feet. They landed safely on one engine but it is hard for me, or any pilot, to imagine the 747 as a glider. If you are not familiar with this event go to the web and do a search for BA flight 009—an amazing story. 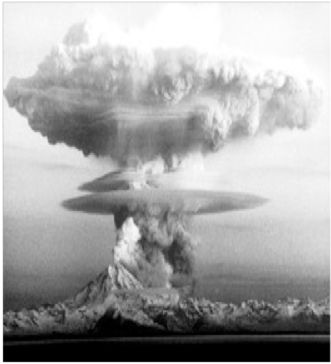 Have a good weekend and be prepared for a few extra blog articles during the week, as all of the research comes together, and as always, take care, fly safe, and remember to maintain the standards expected of a “Gatekeeper.”