Good Morning and welcome back to the “Third Dimension Blog.” It’s Friday and most of us are looking forward to the weekend and some time with family and friends; however, if you are like me, and working the weekend, I hope that you are able to find sometime for yourself.

I have a number of individuals, aviation pioneers, that I will be introducing to you over the next few weeks followed by a synopsis of aviation in Latin America after World War II. Some of these pioneers you may be familiar with and some not.

Today I want to talk about a Brazilian aviation pioneer, Alberto Santos-Dumont deemed the “Father of Aviation” by his countrymen, who flew before the Wright brothers.  At the conclusion of the article I will have two videos and a number of pictures. The first video is two minutes in length, followed by a fifty-five minute video that deals with all of the specifics mentioned in the first video.

Alberto Santos Dumont was born July 20, 1873, in the village of Cabangu, State of Minas Gerais, Brazil. At the age of 18, Santos Dumont was sent by his father to Paris where he devoted his time to the study of chemistry, physics, astronomy and mechanics. His first spherical balloon, “Brasil,” with the capacity of 113 cubic meters capable of lifting a ballast of 114.4 lbs, made its first ascension in Paris on July 4th, 1898. His second balloon, “America,” had 500 cubic meters of capacity and gave Santos Dumont the Aero Club of Paris’ award to study the atmospheric currents. Twelve balloons had participated in this competition but “America” reached a greater altitude and remained in the air for 22 hours.

In view of the success of no. 3 balloon, the Aero Club of France was founded and Mr. Deutsch de La Meurt instituted the “Deutsch Prize” to be awarded to the balloonist who, taking off from Saint-Cloud, circumnavigated the Eiffel Tower and returned to the starting point in less than thirty minutes. This prize was conquered by Santos Dumont on October 19th, 1901, with dirigible no. 6. Besides this prize, Santos Dumont received the sum of 100,000 francs which he distributed in equal parts to his workers and the beggars of Paris.Dirigibles nos. 7, 8, and 9 followed. With the latter, on July 4th, 1903, Santos Dumont maneuvered over Longchamps, where a military parade was being held in commemoration of Bastille capture.

Once he solved the problem of steering the lighter-than-air vehicle, Santos Dumont devoted himself to the heavier-than-air problem. Aboard the 14-BIS he made his first unsuccessfull attempt in July, 1906. On September 7th, the 14-BIS wheels left the ground for a moment; on the 13th it could reach the height of one meter; on October 23rd, the airplane flew 50 meters. It was on November 12th, 1906 that Santos Dumont’s airplane, the 14-BIS, flew a distance of 220 meters at the height of 6 meters and at the speed of 37,358 km/h. Thanks to this flight the “Archdecon Prize” was awarded to Santos Dumont, who had thus, solved the problem of making a heavier-than-air machine take off by its own means.

Santos Dumont died on July 23rd, 1932, in Brazil. The official cause of death was a heart attack but, as you will see in the video, this was not the real cause.

That’s it for this week and I hope you take the time to view the video – you will be surprised at what you will learn. Take care, fly safe, and keep your loved ones close. Life is short. 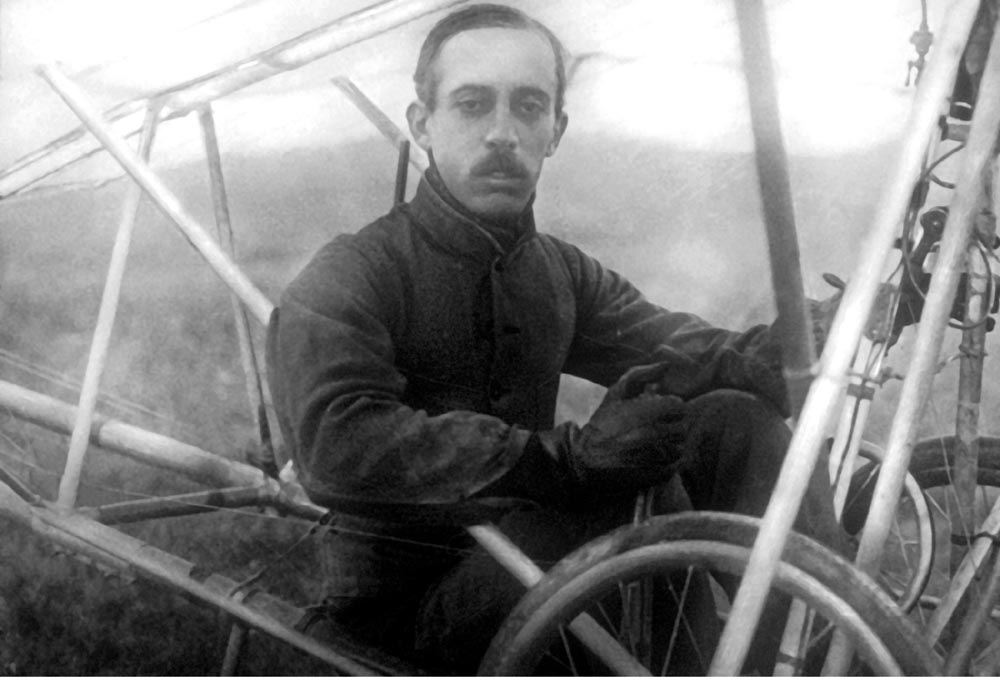