The Birth of Commercial Aviation - Part One The Barnstormers - April 03, 2009

The Birth of Commercial Aviation – Part One The Barnstormers – April 03, 2009

As aviators we have slipped the surly bonds of earth and forgotten our roots—or have we? There are a number of resources available that will allow you, the aviator, to connect with your roots, and the “Third Dimension Blog” is one of those resources. I invite you to join me now as we talk about the beginnings of our profession.

“The life of an aviator seemed to me ideal. It involved skill. It brought adventure. It made use of the latest developments of science. Mechanical engineers were fettered to factories and drafting boards while pilots have the freedom of wind with the expanse of sky. There were times in an aeroplane when it seemed I had escaped mortality to look down on earth like a God.” — Charles A. Lindbergh—1927

Modern day aviators who practice their profession commercially have a set of challenges that far exceed that of the early aviators. However, I think the early aviators had far more fun and certainly spent more time actually flying their machines and enjoying the thrill of conquering the third dimension. So, let’s take a look at the aviators history calls ‘Barnstormers’.

There were two main factors that brought barnstorming to the forefront during the 1920s—the number of World War I aviators who wanted to make their living flying airplanes and a surplus of Curtiss JN-4s, called a Jenny by those who flew it, that were released by the US Government and sold for around $200.00. The Jenny was the primary trainer used to train pilots during WW1 and all of the aviators were very familiar and comfortable with these airplanes and since there were no federal regulations governing aviation barnstorming flourished. Below is a Jenny in flight circa 1918—there were over six thousand of these produced by Curtiss for the Military in the U.S. and abroad. 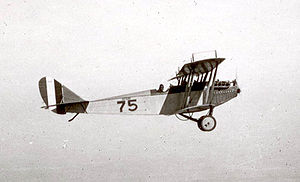 Most barnstorming shows followed a typical pattern. A pilot, or team of pilots, would fly over a small rural town and attract the attention of the locals. They would then proceed to find a farmer’s field that would serve as a runway. Then they would negotiate with the farmer to use his farm/field for an air show, and once a deal was struck, they would get back in their airplanes, fly back over the town and drop leaflets offering plane rides for a dollar and promise daring feats of aerial daredevilry during the show that would follow the plane rides. The unique part of this proposition is that many of these small towns would simply shut down at the appearance of a barnstormer or aerial troop because most residents had never seen an airplane up close.

Barnstormers performed a wide range of stunts including spins, inside loops and barrel maneuvers while aerialist would do the wing walking, stunt parachuting and midair plane transfers. Although many barnstormers worked on their own, or in small teams, there were several large “Flying Circuses” with multiple airplanes and stunt people. The best known of these was “The Ivan Gates Flying Circus”, the all African American group called “The Five Blackbirds” and the husband wife team of Jimmy and Jessie Woods from Kansas.

Barnstorming thrived until around 1927 when new safety regulations forced many of these aviators out of business. The Government decided they needed to protect the public, after several aircraft accidents, and enacted laws that began to regulate the growing civil aviation business. The new laws made it nearly impossible for the Barnstormers to maintain their fragile Jenny’s up to the new standards and these same laws also outlawed many of the aerial stunts at low altitude. The final blow came when in the late 1920s the military stopped selling their excess Jenny’s and the Barnstormers were forced to abandon their art form.

Next week we continue with our look at the beginning of Commercial Aviation but until then take some time to look back, connect with your past and remember as an aviator you are a “Gatekeeper of the Third Dimension”.