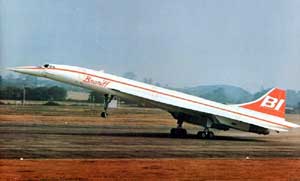 Good Morning—Hope the week was good for you and you are ready for a little time off. Today we are going to talk about Braniff and a very bold marketing plan that helped break the airline. Braniff Airlines was a unique airline and the only US airline to operate both the British and French Concorde. A really unique story and we will talk today about the specifics but first a little history.

Braniff began operations in 1928 as a one man show. The man who did this was Paul Braniff. Paul’s efforts, with help from his brothers, pushed the arline forward as the 20s turned in to the 30s and by the 40s Braniff became a main stay in Texas and the midwest.

The airline grew well beyond Texas, and the midwest, and became the sixth largest airline in the US; however, what I want to talk about today is how Braniff was the only US airline to fly a SST in scheduled service.

Braniff had signed on to the Boeing SST program, and was a major played in bringing this issue to the forefront for US airlines, but our government opted out of the program after a billion dollar investment and Braniff turned to England, and France, to be a part of their program.

Braniff introduced service on January 12, 1979 between Texas, Washington D.C., and Europe using an interchange program with British Airways and Air France. Flights between Dallas and Washington’s Dulles airport were operated by Braniff cockpit and cabin crews and French or British crews would take over at Dulles for the transatlantic crossing. Concorde was never painted in a Braniff livery but there were many, as shown above, artist impressions of what an airplane would look like.

The only change that occurred was in the registrations and ownership of the aircraft. When in the US the “G” or “F” was covered up with white tape so a Concorde registered as G-N81AC would become N81AC when flown in US. This occurred because the FAA would not allow the non-US aircraft a US certificate of airworthiness, the aircraft ownership was transferred to Braniff Airways for the Washington-Dallas segment of the route; in addition, British Airways, at the behest of their insurers were forced to fly a captain and flight engineer as cockpit observers for US segments as in reality the aircraft were still BA owned for insurance purposes.

Fourteen Braniff pilots (3 captains, 5 First offices, 4 flight engineers, a check pilot and check engineer) were trained in both France and the UK to operate Concorde, not just at the subsonic speeds that their services would operate at but also up to its Mach2 cruising speed.

The new interchange was the first of its kind involving a United States carrier and foreign airlines. This was the beginning of code sharing as we know it today.

Braniff terminated Concorde services at the end of May 1980 due to the high cost of operating the service with load factors at only 20%, coupled with Braniff’s general financial woes at the time. Travelers were still flying in great numbers on traditional, slower, aircraft on the same route for the same 1st class prices to fly on Concorde. Concorde just never caught on. 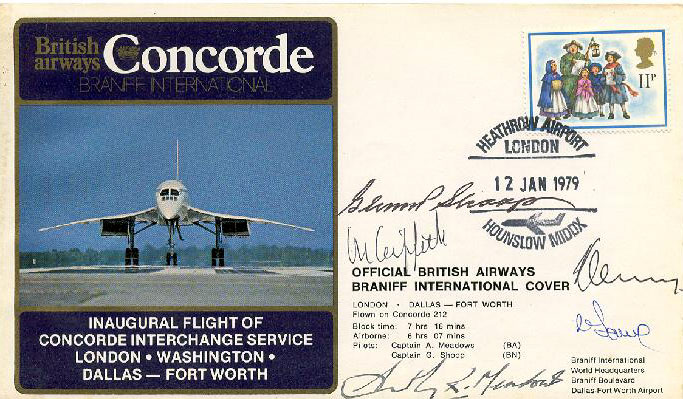 I had several friends that flew with Braniff and they never had anything bad to say about the company except they were worried about the overexpansion after deregulation. Two of those friends went to work for Piedmont after Braniff shut down and the other went to teach at a University. My friends were lucky but out of the 10,000 people that were put on the street many were not so lucky.

I have two videos that go with this article. Well worth your time and very informative. So, until next week I wish you and yours the best life has to offer and I hope that the weekend will allow you some time with friends and family.