Captain Musick - The rest of the story on Pan Am's Beginning and a Great Aviator who made it all Possible - April 20,2012

Captain Musick – The rest of the story on Pan Am’s Beginning and a Great Aviator who made it all Possible – April 20,2012 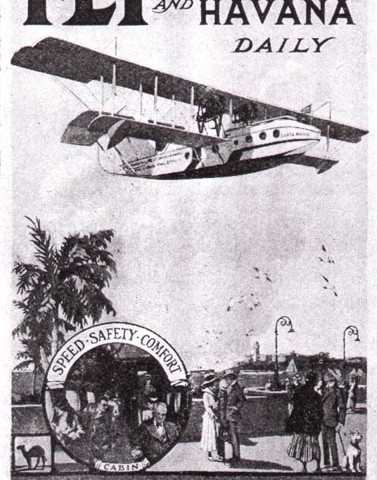 Good Morning—Today I have for you an interesting conclusion to my story from last week that will provide real insight in to what I referred to as the rest of the story.

The gentleman pictured above, on the left, standing on the dock is Edwin Musick. He is standing by an Aeromarine seaplane and was a pilot for Aeromarine until they ceased operation in 1924. In the other picture above, on the right, showing the China Clipper on the first proving flight across the Pacific is Captain Edwin Musick as he climbs out of the S-42.

Click HERE for Captain Musick’s complete biography and take a look at some of the other links you will find on this page—well worth your time.

So, as you have seen, the Colombians were the ones that helped bring Pan Am to life — thank you Colombia —  and Aeromarine provided Pan Am with many of the people, and expertise, to begin their journey to greatness….……..interesting.

Hope you enjoyed this look back at aviation history and at an aviation pioneer who is not often talked about. Take a look at the video below, have a good weekend, and fly safe/be safe.