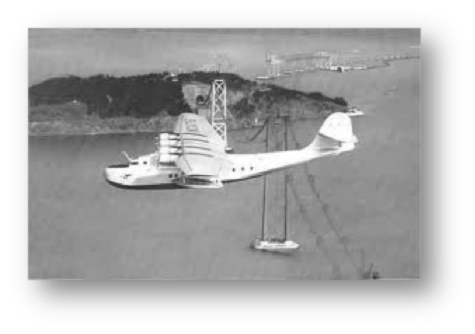 Another week, another blog, and another weekend fast approaching. Hope all is well with you and yours and you had a good week aviating or taking care of the business of business. This week we will finish up Delta and next week I want to share a chapter from my book “Quest for Aviation Gold” but before we finish up with Delta I want to talk about the Martin M-130. Martin only made three of these for Pan AM, and even though they were far superior to what was available at the time, Pan Am opted to go with the Boeing-314 which was under development. The economics of the Boeing provided a better margin for profitability and the increased cabin space made the airplane far more comfortable. The FACTS on the M-130 can be found at the highlighted link and the VIDEO-PART ONE — VIDEO-PART TWO is not specific to the Martin but I could not find anything I liked so as a substitute I have two videos that cover the history of Pan AM’s conquest of the pacific and its journey into the jet age after the war.

As Delta Airlines and, other major airlines, began to add pressurized planes to their fleets they were able to handle longer routes and carry many more passengers than before. These aircraft— DC-4, DC-6, DC-7, and the Constellation— were efficient, economical, and helped to drive the passenger flight industry after the World War II era.

In 1946, Delta extended services to include regularly scheduled cargo service, and soon became the first airline to offer nonstop service from Chicago to Miami. Delta’s first coach service started in 1949, and it began offering discounted fares on night flights between Chicago and Miami to cater to the needs of redeye travelers and also to stimulate more business.

During the 1950s, Delta took steps to expand international operations and soon merged with some other major airlines to become one of the biggest competitors in the industry. It heavily invested in internal operations and research and development. In 1953, the Chicago and Southern Air Lines merger brought Delta its first international routes. The airline was now flying to the Caribbean and Caracas and the airline changed its name to Delta-C&S for the next two years.

It was during the Jet Age that Delta also took the lead on developing the use of the “hub and spoke system” where scheduled flights would bring passengers to a hub airport and then connect to other Delta flights. In 1956, Delta installed radar in all of its aircraft.

During the 1960s, Delta continued to grow and expand launching its Convair 880 jet service. It was soon flying nonstop service from Atlanta to Los Angeles and activated its SABRE reservations system in 1962. In 1965, Delta became the first airline to launch the Douglas DC-9 service.

When Delta founder C.E. Woolman died in 1966, Charles H. Dolson took the helm to become Delta’s second CEO. At this time, crop-dusting operations were ceased completely and Delta was now heavily focused on its cargo service and passenger service operations. By 1970, Delta boasted an all-jet passenger airplane fleet and began its Boeing 747 service.

When the Airline Deregulation Act passed in 1978, Delta began trans-Atlantic service from Atlanta to London. The airline celebrated its 50th year of service in 1979 and began offering flights to Frankfurt, West Germany. It became the first airline in the world to board one million passengers in one city. This occurred in Atlanta during August of 1979.

As a new computer reservations system was rolled out in the early 1980s, Delta Airlines adapted quickly and continued to expand its services and routes. Delta, like many other airlines, was competing for passengers and was working to generate repeat business with its Frequent Flyer Program. Competition became fiercer than ever and in 1982 Delta suffered some serious financial losses. In order to offset losses, employees raised $30 million in payroll deductions to purchase the Boeing 767 called “The Spirit of Delta”. Still, Delta forged ahead and strengthened ties with its regional partners and improved its Delta Connection program.

During the 1990s, Delta was able to purchase a portion of Pan Am routes and became a global carrier. “The Spirit of Delta” was repainted in the Olympic color scheme as Delta was named the official airline of the 1996 Centennial Olympic Games. This was a valuable branding and marketing strategy for the airline, and in 1996, Delta unveiled the “Centennial Spirit” paint scheme for its planes.

To improve customer relations and step things up, Delta introduced online reservation booking for passengers through its website SkyLinks. In 1996 it introduced its low-fare airline Delta Express which offered affordable flights from Orlando, Florida.

Customer relations improved and Delta continued to broaden its reach while polishing its brand image. In 2000, it partnered with AeroMexico, Air France and Korean Air to form the SkyTeam global alliance. It took another step to serve as a major sponsor for the Olympic Games in 2002, sponsoring the Olympic Winter Games at its Salt Lake City hub.

In 2007, Delta fought hard to prevent a takeover by US Airways and was forced to declare bankruptcy, restructure its operations to offset costs, and emerged from bankruptcy on April 30, and then acquired Northwest Airlines in 2008.

Since then, Delta has become one of the most popular airlines in history, and celebrated 80 years of service in 2009. That same year, the airline became the first in the world to serve six continents with nonstop flights between Los Angeles and Sydney, Australia.

Today, Delta Air Lines serves more than 160 million customers per year and is one of the world’s leading airlines. It is still headquartered in Atlanta, and has hubs in Amsterdam, Cincinnati, Detroit, Memphis, Minneapolis-St. Paul, New York-JFK, Paris-Charles de Gaulle, Salt Lake City and Tokyo Narita.

Delta has a long and proud history and continues to move ahead. Hope you enjoyed the look back and enjoy the photos I have added after the close. An Interesting story about the L100 in the photos—Lockheed calls this airplane an L-382 and this is what will be on your certificate if you are typed in the airplane. Most people will call the L-382 a L100 but this designation came from Delta when they were using this airplane as a freighter. The FAA only knows L-382 and Lockheed only knows L-382—- so now you know the rest of the story.

Take care, fly safe, and always maintain the professional standards expected of a “Gatekeeper.” The Aviators following in your footsteps will be using you as a model for their success. 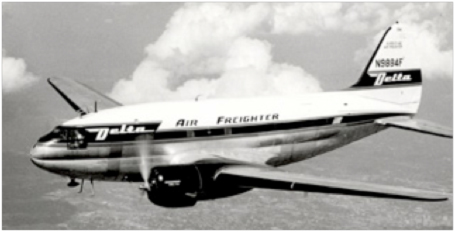 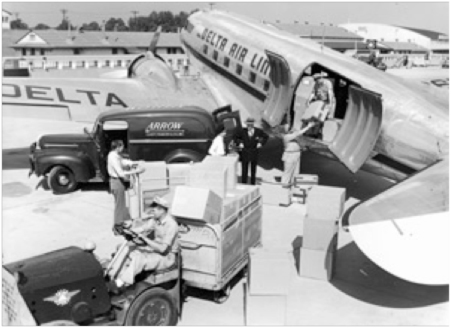 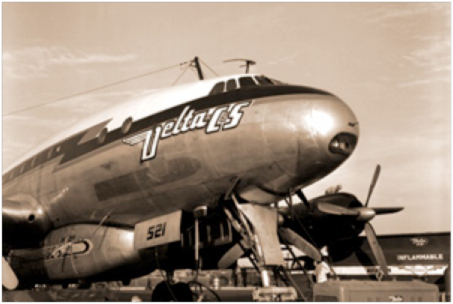 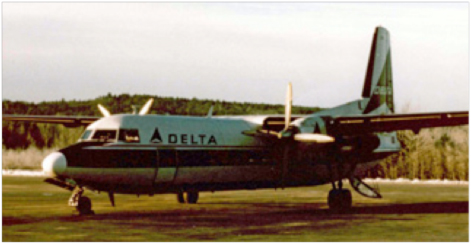 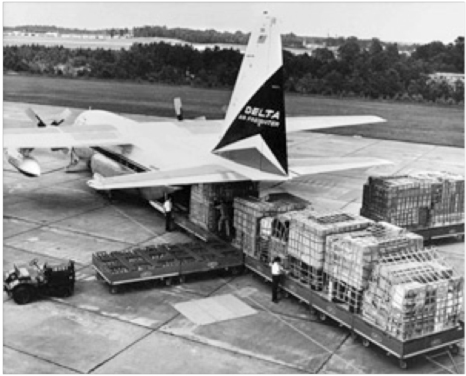