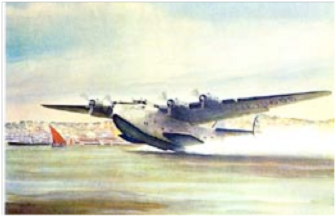 Hope everyone had a good week and are ready for the weekend. This week we begin the series on Delta Airlines but as promised I am again featuring a photo of the Boeing 314 and have a video embedded featuring the Pacific Clipper. This look back at history, the reality of war, and the value that was placed on this airplane by the US Government is a story everyone should know. So, let’s move forward now with our look back at the beginning of a great airline.

Delta Airlines before the Deregulation Act of 1938

Delta Airlines started as Huff Daland Duster, a simple crop dusting corporation based in Monroe, Louisiana. This small company was launched in 1924 and was the first commercial agricultural flying company in existence. The company was responsible for crop dusting in Peru, and in 1927, received an airmail contract to carry mail from Peru to Ecuador. The company that owned the planes, Huff Daland Manufacturing, ended up selling its crop-dusting subsidiary to a businessman in Monroe who then renamed the company Delta Air.

It’s interesting to note that had the boll weevil not devastated the cotton fields of the South, Delta Air Lines would not have existed. The crop-dusting was an effort to save many of the crops and ensure that large amounts of crops could be treated within a short period of time.

Even though the United States continued with its crop-dusting efforts through the 1960s, Delta continued to focus its efforts on building its passenger flight business. During the late 1930s, the airline began developing its Southern routes and after the war, merged with Chicago and Southern Air Lines (C&S).

When Congress enacted the Air Mail Act of 1934, the airline was able to secure a low-bid contract for the Route 24 airmail service between Dallas and Charleston, South Carolina, via Atlanta. It was at this time that Delta was able to resume passenger service. During the 1930s, safety of passenger flights became an important issue for many, and these concerns eventually led to the passage of the Civil Aeronautics Act of 1938. The legislation ultimately led to deregulation of the airlines, and soon Delta was able to upgrade its fleet to include Douglas DC-2s and DC-3s. In 1940, the airline added flight attendants and flight crews, and soon became an established southern-based carrier, moving its headquarters from Monroe to Atlanta in 1941.

Next week I will have part two of this eight part series so stay tuned. Until then, take care, fly safe, and remember —“ Gatekeeper”— is the word of the day. 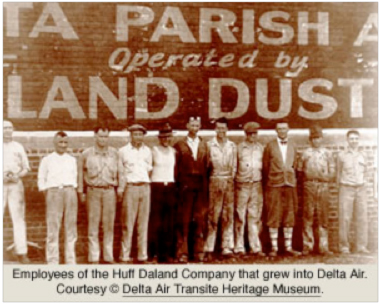 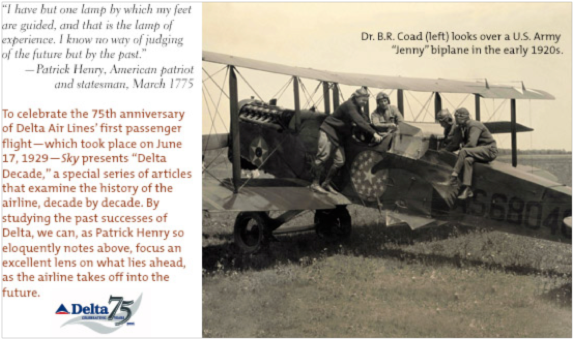