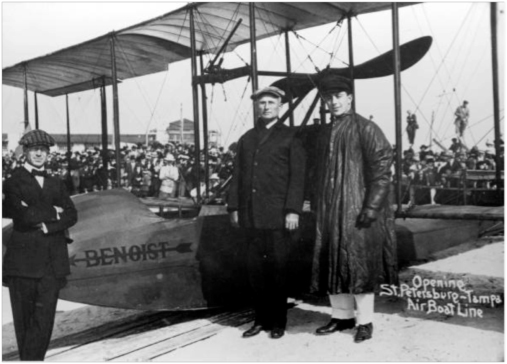 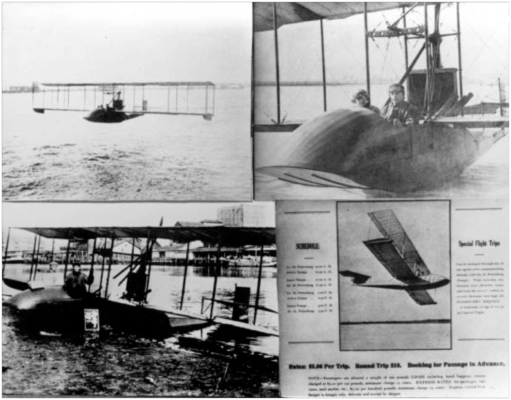 It’s Friday again and time to talk about Delta Airlines; however, I have a question that I would like to ask you. Who operated the first winged airline in the world? Was it the Germans, was it the Colombians, or was it the French? It happened in the US and the name of the company was, as the pictures above indicate, “St. Petersburg-Tampa Air Boat Line.” The date was January 1, 1914 and the world changed forever as man’s quest to span the continents began. A good reference for the facts can be found here, http://lrs.ed.uiuc.edu/students/yhuang3/winged-1.htm, so after you finish with Part Three of Delta Airlines take a look. Now, let’s continue with our story.

By 1942, Delta was reorganizing its efforts to contribute to the war effort. The company was officially known as “Delta Air Lines, Inc,” in 1945, and was able to modify over 1,000 aircraft, overhaul many of its engines and instruments, and also train Army pilots and mechanics on how to maneuver and operate its aircraft. In 1943, Delta No. 43 became the first converted DC-3 cargo ship. After assuming its official corporate name, the company was recognized by the National Safety Council for more than 300 million passenger miles and 10 years of flight without a passenger or crew fatality.

The war effort took its toll on Delta Air Lines and many other major airlines. Many key personnel were lost, but the airlines continued to forge ahead regardless. New air routes were added to improve business operations, and the workforce was expanded. The airline grew significantly, despite the setbacks of the war era, and Delta was able to sign a two-year contract to prepare bombers for conditions in the Pacific and European theaters. It was also responsible for installing long-range fuel tanks on P-51 airlines.

The company continued to turn a strong profit after the war was over, and Delta continued to expand and grow during peace time. By 1946, Delta had carried more than one million passengers.

World War II did offer some positive outcomes for the major airlines, stimulating growth and driving more business during the post-war era. Most of the major airlines had stopped service as mail carriers completely during this time, and were focusing more of their efforts on developing new routes and finding ways to expand operations. Delta Air Lines did just that, and soon became a strong competitor with the “Big Four” airlines. Picking up the pace and expanding its routes helped Delta achieve success in a very short period of time.

It was one of several airlines that were very well-prepared for the period known as the “Jet Age” for the airline industry, a time when high-powered jet planes were in high demand and would soon become one of the major assets for all airlines…

Next week we will let the ads of the time tell the story and until then I wish everyone a Happy Friday, hope the weekend is safe, restful, and fun; however, don’t forget those aviators who came before you and the ones who will follow—-lead by example and remember the standards of the “Gatekeeper.”