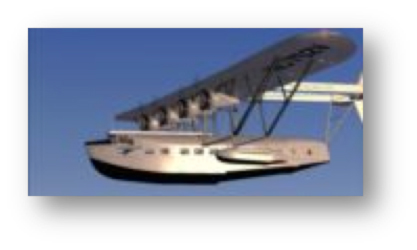 Time to finish up with Jimmy’s story which is from my new book “Life of an Aviator” that will be out before year’s end. Hope you enjoy how this story about airplanes, cotton fields, and Delta Airlines finishes up but before you move forward with Jimmy’s story take a look at the link on the S-40 Clipper. The video provides a real insight in to the time when flying boats were the future of aviation and I must admit that I was born about thirty years too late—I would have loved to started my career flying the Clippers.

Jimmy and the T’ville Airport

The week after Jimmy finished his commitment to the cropduster, he was off to the T’ville airport to see what kind of deal could be made with the owner/operator who everyone called Captain Bob. Jimmy had been told by the cropduster that maybe Captain Bob might have the need for some part-time help pumping gas, cleaning up the hangar, and taking care of cutting the grass on the airfield. Jimmy had a plan. Jimmy arrived early and introduced himself to Captain Bob, and his friends, and was immediately recognized as being the cropduster’s helper. Jimmy acknowledged he was indeed the helper but his job had finished and he was in search of another. Captain Bob responded by saying, “Well I don’t really need any help right now but I will let you know if things change.” “I will work for free,” Jimmy responded. There was a moment of silence – OK, maybe two moments — and then Captain Bob asked why he wanted to do such a thing? “Well you see sir, I know you own a Stearman, and I have just soloed in the cropduster’s Stearman, but I need to move ahead and get my license.” Jimmy further added, “I want to be a cropduster when I finish high school and I will graduate next year. I will work really hard if you finish up my instruction and let me get my license using your airplane.” Captain Bob replied, “Well, I will have to think about that young fellow so come see me in a couple of days.” Jimmy thanked him, shook his hand, and the hands of his friends, and promised he would not regret having him as his helper. “I am a really good worker” Jimmy said with a big smile.

A few days passed and Jimmy reappeared at the office of the T’ville airport. Captain Bob was not there so Jimmy decided to sweep up, and straighten up, a little while he waited. Captain Bob appeared about thirty minutes later, while Jimmy was still cleaning up, and was amazed that this young fellow would take on the task of cleaning up the office, and the ramp in front of the office, without being told or paid. “Well, I can see you are serious. When can you start?” said Captain Bob. Today is a good day sir and I already have a head start. The deal was made, the work was hard, and Jimmy had his FAA license before Christmas arrived.

“What a year!” Jimmy thought, but he knew his quest had only just begun and there were many challenges ahead. However, this blond-headed farm boy was ready for whatever might come his way and he always had a plan.

As Jimmy moved forward with his life’s plan there were several setbacks. His first best plan for gaining experience was to join the Army. They were not in need of pilots but it was possible that if he wanted to join the infantry, he could move laterally if a slot should open on the aviation side. Jimmy opted out of this proposal and moved ahead to his next plan. His old friend the cropduster would give him his chance, he hoped.

Jimmy showed up at his old friend’s house the next week to sit down for a conversation about life and aviation. When he arrived, his old friend was on the front porch with two other fellows who were about to leave. They introduced themselves, as Jimmy smiled and extended his hand, and then they asked if he was a cropduster like his friend. Jimmy hesitated slightly and then said, “Yes sir, this man, pointing to his friend, taught me everything he knows.” The two fellows responded by asking if he wanted a job. Jimmy maintained his composure, controlled his excitement, and stared directly at his friend and said, “I am ready for a new challenge. What do you have in mind?” One of the men responded, “We are going to follow the cotton crop south to Nicaragua and then come back north to California and work the rice fields before returning to the Carolinas in the spring.” Jimmy knew where California was, but where was Nicaragua? He did not remember a state named Nicaragua. The other two fellows recognized Jimmy was a bit confused and they then explained in detail about the Central American country, the ferry flights across Mexico, Guatemala, and Salvador to get there, and then the return to California for the winter. Jimmy was all ears but had lost his ability to speak. His old friend joined in the conversation at this point and said, “Yea Jimmy, I wish I could go but with the family I need to stay a little closer to home. However, for you it is a perfect fit. You can see the world, make some money, and fly airplanes. What else in life could you ask for?” Jimmy responded, “I will take you up on your offer if you will have me”, and offered his hand to seal the deal. Funny how life can put you down one day and then the next day you are on top of the world. The four fellows shook hands and Jimmy’s new employer advised they would be in touch with more details. It would be a month or so before he would have to leave. 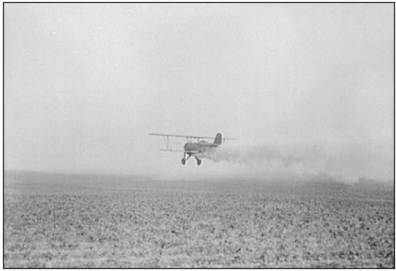 Now the problem at hand was how this one-hundred hour pilot, who had never flown beyond the limits of the Carolinas, was going to find his way to Nicaragua and then back again. Jimmy asked his old friend what he should do. Time to go see Captain Bob and tell him you are in over your head and need his help. He will understand because we have all been there. Still, Jimmy knew he would have to do his best to get ready but would also need to get some maps from these fellows because Captain Bob probably didn’t have what Jimmy needed. Jimmy shook his old friend’s hand, thanked him for his support, and was off and running to see Captain Bob.

Two weeks had passed now and Jimmy had spent all of his free time with Captain Bob trying to prepare himself for the task at hand. Turns out Captain Bob had done a lot of flying out west and had even flown into Mexico. The plan, as it stood now, was for Jimmy to pick up an airplane in Houston, Texas and proceed south along the coast, cut across Guatemala, and then south to Nicaragua. Lots of big mountains where he was going, but that was not his biggest problem he would face. Where to get gas was the challenge at hand. With the help and political connections of his new employer, Jimmy developed a plan.

Jimmy survived the summer in Nicaragua and his time in California, but after his first season on the road, and away from his family, he was ready to go home. The Carolina farm boy was homesick but he knew that he had found his road less traveled and the flames that had kept him awake at night were under control for now.

The story I have related to you in this chapter is true. Jimmy worked the cotton fields of Nicaragua and the rice fields of California for almost ten years. He even found a little time to help his friend, the cropduster, enjoy some time off with his family by taking over his schedule. His friend tried to pay Jimmy but Jimmy would have none of that. Jimmy knew his success in life was made possible by the cropduster and he would forever show his gratitude by being more than just the hired help. He was his best friend for life and, as they say down south, he would always be beholden to him.

It was a Sunday afternoon when I met Jimmy. I was in search of someone to teach me how to fly and when I arrived at the T’ville airport, Jimmy was just taking off with a student. The only problem was that the wind was blowing so hard that after they lifted off and climbed to around three-hundred feet, the airplane seemed to come to a standstill. I stood there, totally amazed, at what was happening and then to my disbelief the airplane began going backwards. As the wind blew the little airplane back across the beginning of the runway Jimmy put the Cub in to a slide slip and made a normal landing. After Jimmy had parked the airplane and sent his student home, I walked over and introduced myself. Jimmy’s blonde hair was grey now but there was a sparkle in his eyes that was warm and inviting. “Howdy,” he said as he extended his hand. “My name is Jimmy. What’s yours? Kind of windy today let’s step inside and I will buy you a cup of coffee.”

We talked for almost two hours that day as Jimmy explained the plan he had in mind for me. I started his program the next week and in addition to the three or so hours that I flew each week, I also spent at least three hours each day with Jimmy just listening to him reminisce about his life and aviation. I soloed in six hours, took my check ride with forty hours, and then moved on with another instructor for my Instrument and Commercial. Jimmy did not believe in flying if you could not see where he was going, and he was very good at following the rivers, roads, and railroad tracks at two hundred feet (or less) if he needed to get somewhere.

It has been some time — maybe twenty years — since Jimmy and I shared time at the T’ville airport so some of my memories may be a little cloudy and since Jimmy is not of this earth now giving him a call is out of the question. However, the essence of who Jimmy was has been accurately documented and he was a true aviator.

The hours I spent at the T’ville airport were some of the best times of my life and as long as I live, I will always remember Jimmy’s lessons on the correct way to hand prop a Cub, his love of people, airplanes, and instructing, and the following words which he always used at the end of each lesson: “Flying is supposed to be fun. Keep it simple and enjoy the moment.”

An interesting footnote to this story is that had the boll weevil not devastated the cotton fields of the U.S., and elsewhere, Jimmy may have never found his road less traveled and you would not be flying on Delta Airlines. Delta got its start as Huff Daland Duster, a simple crop dusting corporation based in Monroe, Louisiana. So, the next time you are sitting in the back of a Delta airliner I want you to think about Jimmy. He and Delta Airlines owe their success to the boll weevil.

Next week we will return to the Delta series with more facts and pictures of the early Delta airplanes. Have a good weekend, take care, fly safe, and remember all Aviators are “Gatekeepers.”