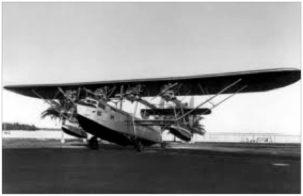 The week is almost finished and it’s time for the weekend and my weekly post. Going to break away from Delta and publish a story from my new book, “Life of an Aviator,” which is due out before year’s end. Hope you enjoy the story about airplanes, cotton fields, and Delta Airlines but before you start the story take a look at the link on the S-40 Clipper. The video is narrated, in part, by Mr. Igor Sikorsky and provides a real insight in to the time when flying boats were the future of aviation.

Jimmy and the T’ville Airport

Jimmy was a Carolina farm boy who grew up in a quiet farming community sharing a bed with his two younger brothers in a two-bedroom farmhouse. Jimmy loved his way of life, loved his family, but wanted more. He was not quite sure what “more” was but his yearning for something different was like a fire burning in his belly. Each night as he tried to sleep his thoughts would drift to a place unfamiliar to him. This place in time allowed him the freedom and independence that he secretly longed for, but where exactly did his thoughts take him? While Jimmy tried to sort out the emotions, and tame the flames, he grew ever more discontent and for sure this fire burning inside him was growing ever more intense. He had to find a solution to this restless yearning that kept him awake at night — but who would help? Who could help? Jimmy knew the answer and he had to think, and look, beyond the cotton fields he loved so much.

Jimmy was a small man at five foot six inches and one-hundred twenty pounds. Even his two younger brothers were taller, heavier, and more muscular; however, he was very much a man. His work on the farm had given him a physical tenacity that would surprise all who challenged the little blonde-haired farm boy, and his brothers had learned long ago to take care with their words — and especially any attempt to be the dominant male.

Jimmy also knew he thought differently from the other boys at school, but he didn’t know why. His thoughts always drifted toward the lives of people like the explorers Lewis and Clark, Bill Cody —Buffalo Bill—, and Charles Lindbergh—“The Lone Eagle.” Why was it that the accomplishments of Joe DiMaggio, Mickey Mantle, and other stars of baseball, football, and Hollywood did not excite him? Was he out of step with reality? I think Jimmy knew, for sure, that he was a man in search of a road less traveled — but where was that road? How would the cotton fields of the Carolinas be the starting point of a quest that would take him thousands of miles from home and bring him back again?

It was a Saturday morning and Jimmy awoke to find his father talking with a man he had never seen before. The man seemed to be selling chemicals for the cotton fields but he wasn’t sure. After the man left, Jimmy asked his dad about the man selling chemicals. Was it something new and better? Not really new, but a different way of putting those chemicals on the field — going to use an airplane. An airplane? —That’ the craziest thing I have ever heard. Well I reckon we will see on Monday because he is going to land his airplane out front, then load up some of our chemicals, and then spray the 10 acres out back. There was a moment before all of this sunk in for Jimmy, but after a moment or so of quiet reflection, Jimmy responded by asking his dad if he could stay home from school on Monday to be a part of this. Of course his dad responded correctly by saying, “You will have to ask your mother about that” and suddenly Jimmy had this sinking feeling in his stomach because he knew what his mother was going to say. Time for plan “B” he thought.

On Sunday afternoon it was time to execute plan “B”, so Jimmy was off to the barn to take care of some of his farm duties. About 30 minutes passed and Jimmy limped from the barn back to the house and proclaimed loudly — so his mother would hear — that he thought had sprained his ankle and was having a hard time walking. Jimmy’s mother responded immediately by rushing to his side and demanded he go to the bed, lie down, and let her take a look. Jimmy complied and when his mother took a look she stared at him and said, “Looks fine to me but rest for now and we will put some cold cloths around your ankle. I need to be sure you are ready for school tomorrow.” That was not exactly what he wanted to hear but…

Monday morning came and Jimmy was ready. He limped slowly to the breakfast table — with the appropriate amount of moaning and facial distortions — and as was expected, his mother stared him down and said, “I suppose you are going to tell me you need to stay home from school?” after which Jimmy’s younger brothers chimed in and said, “It’s not fair if you let Jimmy stay home and we have to go to school.” In typical southern fashion Jimmy’s mother responded by saying, “If you don’t want me to slap your face for telling me what I should do you better sit down, shut up, and eat your breakfast.” I think you can guess the outcome for Jimmy and his brothers.

It was about an hour later after Jimmy returned to his bed to rest per mom’s orders and his brothers had left for school, that Jimmy heard the airplane pass over the house. Jimmy immediately jumped from the bed, closed the bedroom door, and headed for the window. His father was already outside, and his mother was on her way to his side when the airplane landed. Jimmy was amazed by the pilot landing on the road in front of his house and then turning/taxing up the driveway before shutting the engine down. The airplane was followed by a ground crew in a truck that would handle the loading of the chemicals in to the aircraft’s hopper tank, as well as guide the pilot on each pass across the field being sprayed. As everyone gathered together close to the airplane Jimmy knew he had to be a part of this. But what would his mother do if he violated her orders to stay in the bed?

“Wow,” Jimmy said as he walked up to where everyone was standing. “I was asleep until the noise of the airplane woke me up.” Jimmy looked at the pilot and extended his hand and said, “Hi, I am Jimmy.” The pilot shook Jimmy’s hand and then Jimmy’s mother turned and said, “Young man, what are you doing out of your bed?” Jimmy’s mother gave him one of her looks as she waited for his answer. Well, I couldn’t sleep after the noise of the airplane so I decided to exercise my ankle a little bit and see if I could walk the stiffness out. “Ten minutes young man, and you better be back in that bed” and then Jimmy’s mother turned away to signal her acceptance of his presence.

The pilot was explaining how everything was going to work and when the ground crew moved away to gather up the chemicals for the job, Jimmy also drifted away to inspect the airplane. He was quite impressed with this machine. Not exactly a farm tractor but he decided very quickly that this airborne tractor might be to his liking. This was the beginning of Jimmy’s love affair with aviation and this day would mark the beginning of that free-spirited quest that would take him away from the cotton fields in a way he could not begin to imagine.

The cropduster won a contract with Jimmy’s father and sealed the deal with a hand shake. The cropduster was going to start the following week and Jimmy was ready to put a new plan “B’ into place that would hopefully open up new horizons in his quest to tame the flames that kept him awake at night. 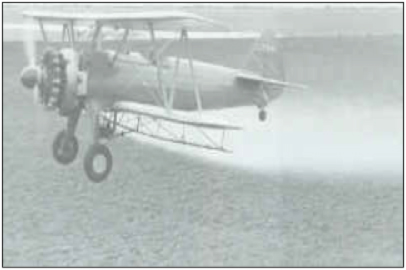 School was out now, and even though Jimmy had lots of work on the farm he convinced his father to let him work part-time for the pilot of the cropduster. Jimmy would wake up at 5:00 AM to get all of his chores done and by 10:00 in the morning he was off to his part-time job. Now most would consider that it was appropriate to be paid for services provided but not Jimmy. Jimmy had a plan and the plan was to learn to fly. Things worked out with the cropduster that summer and before school had started Jimmy had soloed; however, now the real problem of how to pay beyond this point presented itself. You see the deal with the cropduster was that if he would teach him to fly and let him solo in his two-place Stearman Jimmy would work for free loading chemicals for the summer. That deal having been made, and the summer almost finished Jimmy found himself in a quandary. How could he move ahead and finish with his license?

Next week we will finish up with Jimmy’s story and then return to the Delta series. Have a good weekend, take care, fly safe, and remember all Aviators are “Gatekeepers.”