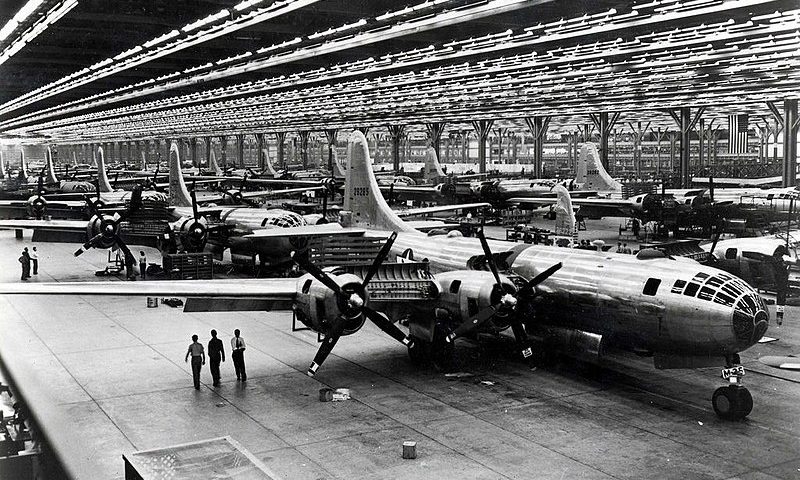 Welcome back to the 3DB. The picture above is a bit deceiving, considering the title of the article, but I will explain. Today we are going to talk about the Stratocruiser and while there was only fifty-six ever built the counterpart flown by the Air Force, which was called the C-97 Stratofreighter, was produced in large numbers. So, I want to begin with a little history about Boeing after WW II.

As WWII came to a close Boeing was in need of a product to bolster the bottom line. The B-29 had been successful and Boeing attempted to enhance the capability of that airframe by replacing the R-3350s with R-4460s, increasing the strength of the structure itself and increasing the size of the vertical fin, and other minor improvements. This variant of the B-29, which was to be called the B-29 D and would later become the B-50, was purchased by the Air Force in July of 1945. A total of 200 were ordered; however, in September of 1945 the Air Force canceled its order for over 5000 conventional B-29s and in December of that same year the order for 200 B-29Ds was cut to 60.

Now it could be said that cash flow was going to be a problem, considering people, tooling, and facilities on hand to support the war effort, so Boeing looked for a product to fill the void, and considering the C-97 Stratofreighter had already made its maiden flight in 1944, Boeing proceeded forward with a campaign the sell the military, and the commercial airlines, their new product .

The Boeing Stratofreighter, military designation was C-97,  was built by putting an enlarged upper fuselage onto a lower fuselage, and wings, which were essentially the same as the B-50 Superfortress. In total, the Air Force purchased over 800 of these to use as transports, tankers, and as an airborne command post. It was not until 1978 that they finally sent the last of the fleet to the boneyard.

The Boeing C-97 was an extremely successful product for the military, but it was also extremely popular with Pan Am, Untited, and others. The civilian variant of the C-97 was known as the Stratocruiser and while there were only 56 of these built they ushered in a new era in air transportation for the airlines.

The Stratocruiser set a new standard for luxurious air travel with its tastefully decorated extra-wide passenger cabin and gold-appointed dressing rooms. A circular staircase led to a lower-deck beverage lounge, and flight attendants prepared hot meals for 50 to 100 people in a state-of-the-art galley. As a sleeper, the Stratocruiser was equipped with 28 upper-and-lower bunk units.

Pan American placed the first order for 20 Stratocruisers, worth $24 million, and they began service between San Francisco, Calif., and Honolulu, Hawaii, in 1949. Boeing built 56 Stratocruisers between 1947 and 1950, and they marked the company’s first significant success selling passenger planes to airlines in other countries.

Enjoy the video below, from Pan Am Marketing when they introduced the Stratocruiser into service, a nice slice of history and a look back at what I call the “Golden Age of Aviation.”

Have a good day, a good weekend, and keep your family close. Today is yesterday’s tomorrow and remember that we all have a limited number of tomorrows – use your time today wisely.