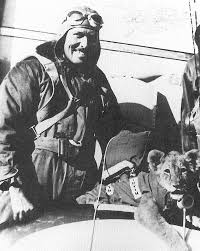 Good Morning and Happy Friday—I hope everyone had a good week and is doing well. This week I want to tell you about a man who is considered the most accomplished showman in aviation, and his contributions to the advancement of flying in the 1920s, and 1930s, were second to none.

Roscoe Turner colorfully represents the Golden Age of Aviation. One reporter summed up the flamboyant flier as having “an unending flow of blushless swank.” In the forward for Carroll V. Glines’ book, “Roscoe Turner, Aviation’s Master Showman,” Jimmy Doolittle described Turner, a friend and rival, as a “little ostentatious,” but also said he had great respect for his flying ability.

Roscoe Turner was born in a small rural cabin near Corinth, Mississippi, on September 29th, 1895, and as a boy he developed a great affinity for speed but his father scolded him saying that he was a farmers son, and handed him the reins to a mule pulling a plow. When a caravan of early automobiles chugged past the farm lane, Roscoe set his heart on becoming a chauffeur, and a race driver, and when he shared his dreams with his father he received another serious lecture on life when his father said: “You’ll never be worth anything if you keep fooling around with things that burn gasoline instead of oats.”

For the complete story on Roscoe Turner, and all of his accomplishments, please click here for the source document I used.

Have a good weekend and remember the responsibilities all Aviators have to protect the “Third Dimension.” Take care, fly safe/be safe, and remember there is a life after aviation. Keep your friends, and family, close.