Today we continue our series on TRANSOCEAN. This will be part two and I will have five more postings and instead of a weekly post these post will be daily———-Enjoy.

On March 11, 1946, Nelson terminated his employment with United Air Lines and then attended a conference sponsored by the ATC staff for United Air Lines and the other subcontractors on the transpacific project. General Bob Nowland presided over the discussion. Nowland, who was then the commanding general of the Pacific Wing of the ATC, had been a first lieutenant in Nelson’s Army Air Corps outfit in the Philippines in 1928 and 1929. Colonel Ray T. Elsmore, another prominent officer at the conference, had once been employed by Western Air Lines, had practiced law, and had been a pilot for the U.S. Postal Service. Elsmore had served as Director of Air Transport, Allied Air Forces in the Southwest Pacific, under General George C. Kenney during World War 11. On active duty since 1940, Elsmore had been in the Philippines when the Japanese invaded the islands but had managed to escape to Australia on the last airplane out. He subsequently directed troop-carrier ATC operations in the Pacific.

Nelson was impressed with Elsmore’s demeanor and military and commercial flying record and hired him on the spot as his chief assistant. Elsmore soon would carry the title of executive vice president of ONAT. When Nelson returned to his San Lorenzo home that night, he was greeted by a large group of pilots, copilots, radio operators, navigators, flight engineers, and operations men filling his front porch and milling around in front of his house. Most were hired that night, including William Word, who would become a flight captain for ONAT, and Harvey Rogers, later to be chief pilot of the airline.

The hiring of Sam Wilson, Wally Simpton, and Art Bisset was typical of the flamboyant way Nelson gathered his personnel. Wilson was still in the Air Corps but had decided to make the switch to civilian life when he heard of Nelson’s “start-up” airline in March, 1946. He called the local United Air Lines office for information and waited while someone there telephoned Nelson’s home. When Nelson answered, Wilson got on the line: “I hear you’re looking for pilots,” said Wilson. “Yes,” replied Nelson. “You are looking for a job?” Maybe,” said Wilson cautiously. “O. K. – you’re hired.” This seemed a little abrupt to Wilson. “Don’t you even want to see my logbook?” he asked. “Hell, no – I’ve heard all about you.” “Well … say, Nelson, there’s another fellow here who’s looking for a pilot’s job-name of Wally Simpton.” “Is he O.K.?” asked Nelson. “Yes. . . “O. K.-he’s hired.”

Bisset had just been discharged from the military when he spotted the “Flight Engineers Wanted” advertisement in a local newspaper and went to Oakland Municipal Airport (now Oakland International Airport) to check it out. When Nelson asked what kinds of airplanes he’d flown, Bisset started to reply with B-17s and B-24s when Nelson interrupted to tell him he was hired. The frenetic pace picked up. On Wednesday, March 13, Nelson and Captain W. W. “Pop” Warner headed for the San Francisco International Airport to receive the first of the twelve Army owned C-54s to be leased to GNAT and ferry it across San Francisco Bay to Oakland. No sooner had they taxied the aircraft to a stop when Nelson hurried off to find office space for the operation. He discovered that the old two-story stucco hotel at Oakland Municipal Airport (said to be the first airport hotel in the nation) was vacant and signed a lease with the Port of Oakland.

Oakland Municipal Airport had been the departure point for many of the early air races such as the Dole Pineapple Race on August 16, 1927. That year eight fliers competed for $35,000 in prize money offered by Jim Dole, so-called “Pineapple King” of Hawaii. The Oakland Airport was also aviatrix Amelia Earhart’s departure point on May 20, 1937 when she and her navigator, Paul Noonan, began their second attempt to circle the globe. The Lockheed lifted off from Runway 27 heading east. They hop scotched across the country, landing at Tucson, New Orleans, and Miami. On June 1 they left Miami, stopping en route at such places as Caripito, Venezuela; Natal, Brazil; Fort Lamy, Chad, French Equatorial Africa; Calcutta, India; and Singapore. They were more than half way around the world when they landed at Lae, New Guinea, on June 30. On July second, after departing Lae, Amelia Earhart’s plane vanished over the Pacific without even an oil slick. A new era at the historic Oakland Airport was about to begin as Orvis Nelson Air Transport went into business. Soon veterans from all branches of’ the armed forces were queued in a long line stretching from the entrance, down the steps and to the tiny airport restaurant up the street. They looked as though they had just been discharged as most were still dressed in their military uniforms and carrying duffel bags.

Nelson’s “executive office” was bare except for a single telephone positioned in the middle of the floor. Between phone calls Nelson asked few questions of the men who came through his door to be interviewed and hired nearly every one of them. Within several days Nelson had established the dispatch office, the chief pilot’s office, and a room for communications and navigation personnel on the first floor. On the second floor he installed the payroll and accounting departments, a pilot’s lounge for the standby crew, plus offices for the secretaries, Elsmore, and himself. The place hummed with activity and excitement. Even Nelson’s former bosses at United were caught up in the enthusiasm generated by the exuberant GNAT group. Jack Herlihy not only kept his word to Nelson for the loan of certain personnel but also persuaded UAL management to supply some of the needed office equipment and furniture, applications and other business forms. But most important, he provided two office managers to assist in creating office procedures and company policies. On the eleventh day, after the ten days of “creation,” Nelson rested. In that time, Nelson had managed to create the foundation for an airline that would eventually become the world’s largest supplemental air carrier. 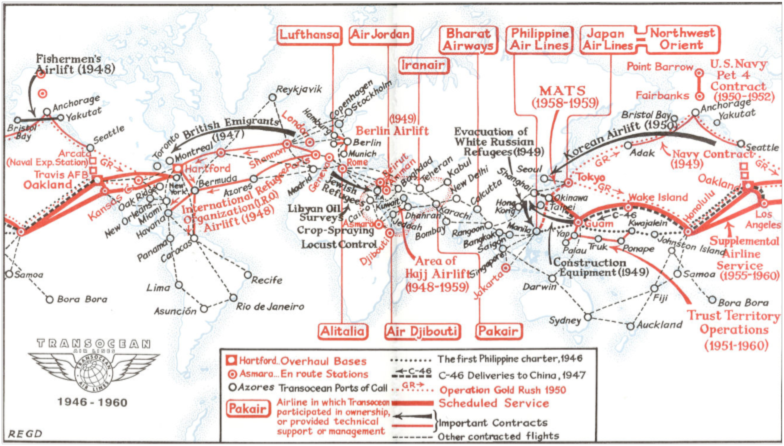 Tomorrow we will continue with our story so stay tuned and enjoy the pictures below. Take care, fly safe, and remember you are a “Gatekeeper.” 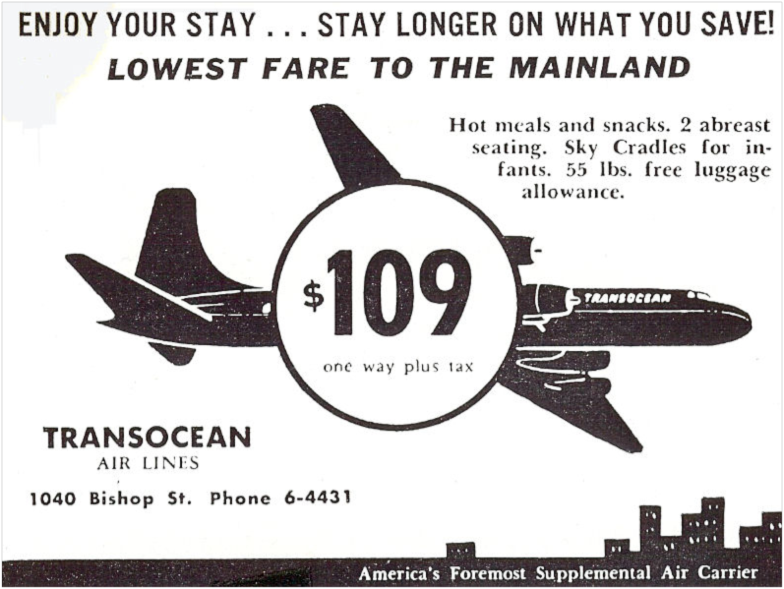 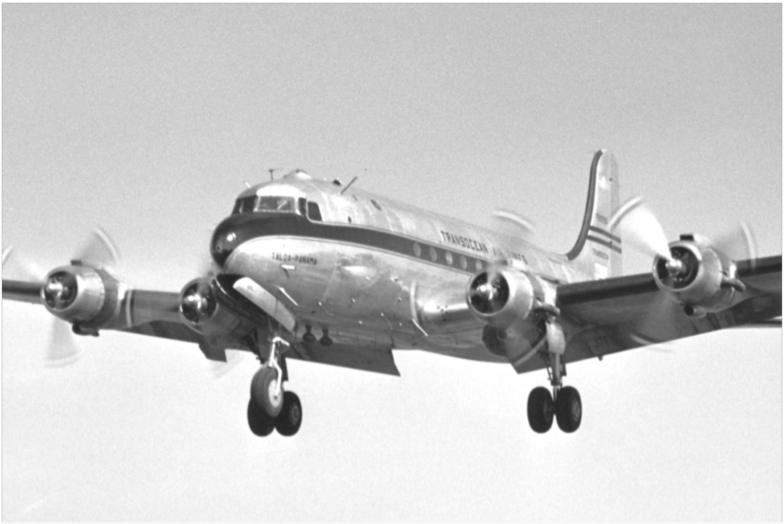