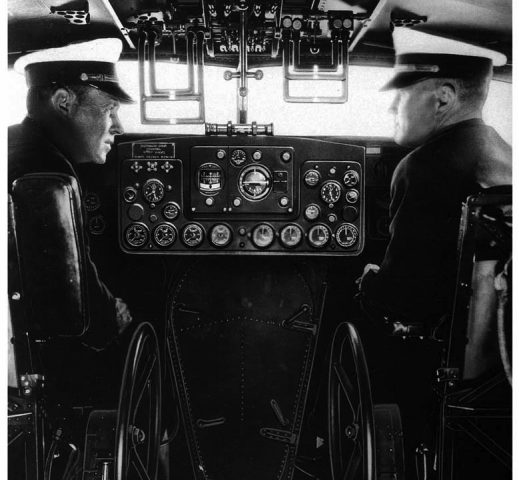 Good morning and welcome back,

This week I will be talking about my favorite airline – Pan Am. I have written a number of articles on Pan Am as well as provided a few contradictions to some of their claims; however, they are still my favorite. Pan Am provided a solid footing for commercial aviation in the US, and of course they brought us the giant Clippers that tamed the oceans of the world.

This week I want to talk about the Honolulu Clipper but before I do I want to give you a few blog articles to review if you need to refresh your memory on some of the specifics of Pan Am.

A brief over view of the Clippers produced can be found here:

“The Clippers of Pan Am.”

In addition we visited a company called “Aeromarine” and Pan Am’s first Chief Pilot – Captain Mucick – who was the pilot who flew Key West to Havana for Aeromarine.

There are many more articles on the blog, including the story of the Clipper stranded in the Pacific after Pearl Harbor was attacked, but today I want to talk about a Clipper that was buried at sea.

The Honolulu Clipper departed Hawaii on 3 November 1945 carrying 26 military personnel returning to the United States after service in the Pacific. The aircraft lost power in both starboard engines after five hours of flying, and successfully landed 650 miles east of Oahu shortly before midnight. The merchant tanker Englewood Hills maintained radio contact, found the aircraft and removed the passengers on the morning of 4 November.

The escort carrier Manila Bay arrived and sent over aircraft mechanics who were unable to repair the engines at sea. Manila Bay then attempted to tow the aircraft, but the tow line parted as weather deteriorated. The seaplane tender San Pablo was assigned to tow the flying boat into port, but the Honolulu Clipper was damaged in a collision with the tender on 7 November and intentionally sunk on 14 November by perforating the hull with 1200 20mm shells after salvage was deemed impractical.

A sad ending but wait……….There is a effort underway to recover her from the 17,000 foot deep watery grave, and for that story, as well as more pictures and a detailed account of her fate, please click on the following link………………….. The Honolulu Clipper’s Last Flight

Now, for those of you who have never seen the video “The Long Way Home – The Flight of the Pacific Clipper” I have the video below.

I hope everyone had a good week and will have an even better weekend. Take care, fly safe, and keep friends and family close.